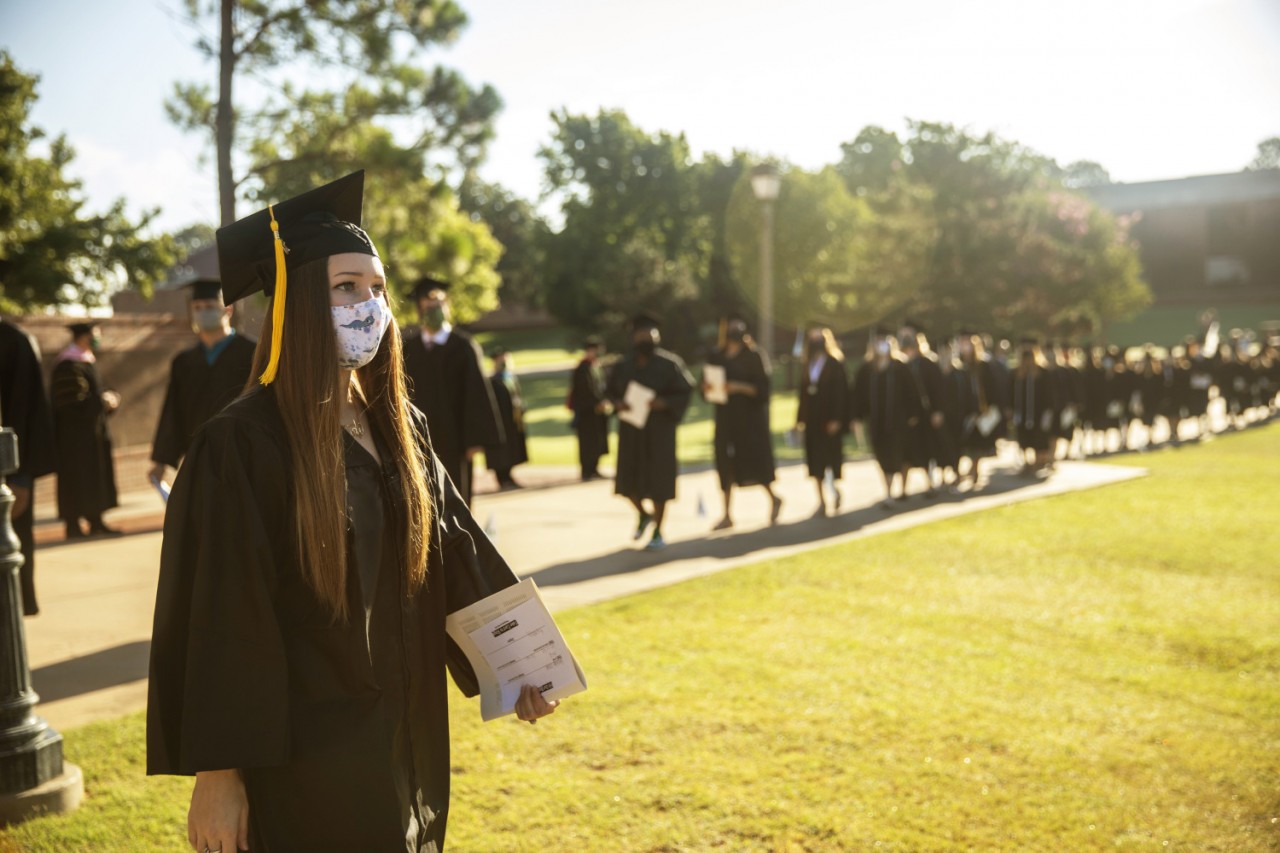 SHAWNEE—Oklahoma Baptist University (OBU) will host its Winter Commencement ceremony for fall 2020 graduates Saturday, Nov. 21. The ceremony will be divided into three separate events in order to facilitate social distancing.

The first ceremony of the day will begin at 9 a.m. in Raley Chapel’s Potter Auditorium and will feature graduates from the College of Humanities and Social Sciences.

The second ceremony will begin at 11 a.m. in Potter Auditorium and will feature graduates from the Hurley College of Science and Mathematics, the Dickinson College of Business, the Hobbs College of Theology and Ministry, and the Angell College of Fine Arts.

The third ceremony will take place at 2 p.m. in Potter Auditorium and will feature graduates from OBU’s Graduate College.

Paul Chitwood, president of the International Mission Board (IMB) of the Southern Baptist Convention, will deliver the commencement address to undergraduate students during both the 9 a.m. and 11 a.m. ceremonies.

Chitwood has served as IMB president since 2018. He previously served as executive director of the Kentucky Baptist Convention. He has also served as a pastor for many local churches. Chitwood earned both a Ph.D. and a Master of Divinity degree from Southern Seminary and served as a faculty member between 2002 and 2018. He is currently pursuing a master’s degree in nonprofit administration from the Mendoza College of Business at the University of Notre Dame.

Graduates in the 2 p.m. ceremony will hear from Nathan Mellor, CEO, author and executive coach. Mellor is the CEO of the Oklahoma City-based Strata Leadership, LLC. He is an adjunct professor in the MBA program in OBU’s Graduate College and previously delivered a Minter Lecture on the OBU campus in 2015.

Commencement rehearsals for graduates will be Friday, Nov. 20, in Potter Auditorium. Rehearsal one will take place at 9 a.m. for the College of Humanities and Social Sciences. Rehearsal two, for all remaining undergraduates, will be held at 11 a.m. Rehearsal three will be held at 5:30 p.m. for students in the OBU Graduate College.