No money pit in couple’s future 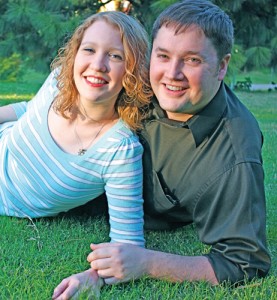 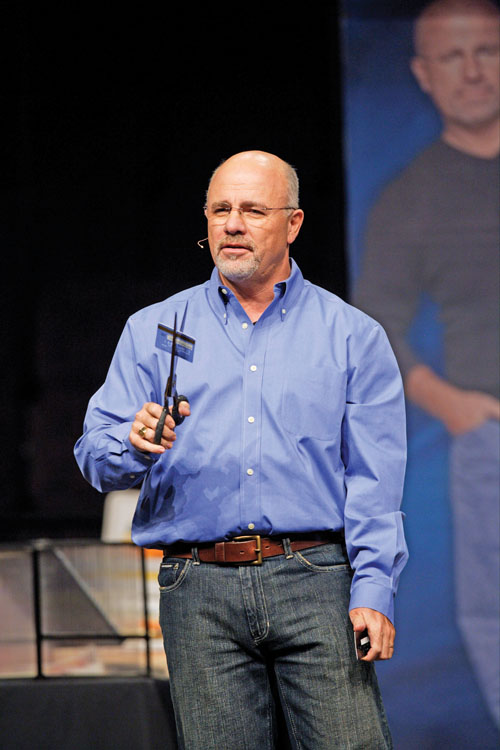 Dave Ramsey would be proud of Clint and Kacey Walkingstick.

By the time the Walkingsticks, members of Midwest City, Eastpoint reach the ripe old age of 35, they will be debt free, with their house paid for, a three-to-six-month emergency fund in place and well on their way to saving for their children’s college education and their retirement.

Walkingstick, 29, is a graphic designer for the Baptist General Convention of Oklahoma, and his wife, Kacey, 26, is a music coordinator at a piano studio in Midwest City, where the couple lives. They are both walking advertisements for Dave Ramsey’s Financial Peace University.

“Financial Peace University gave us a purpose and plan for the money God blesses us with,” said Clint. “It made us realize, while we were doing a good job of not spending money we didn’t have, we could do better.” 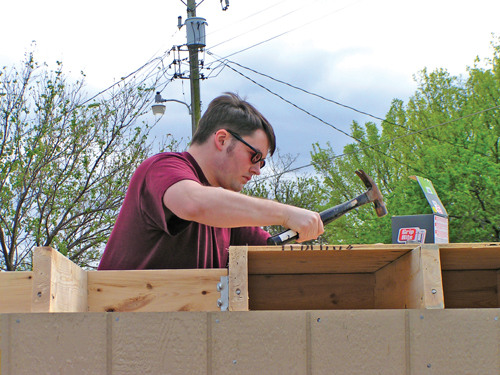 Clint said while growing up, money held no relevance for him. He worked for his father, who owned a fast food franchise in Shawnee, through high school and college at the University of Central Oklahoma, and also held other part-time jobs.

“I made some money, but I didn’t know what to do with it except blow it on CDs, T-shirts, gas money and lunch,” Clint confessed.

He said he bought his first car, one that had to be push-started, for $1,600 and paid his parents for his portion of the insurance.

Money, he admitted, became more important to him after he graduated from college, because he wanted his own place.

“I bought a house with zero down via a city-funded program for people who made less than $25,000 a year,” he said. 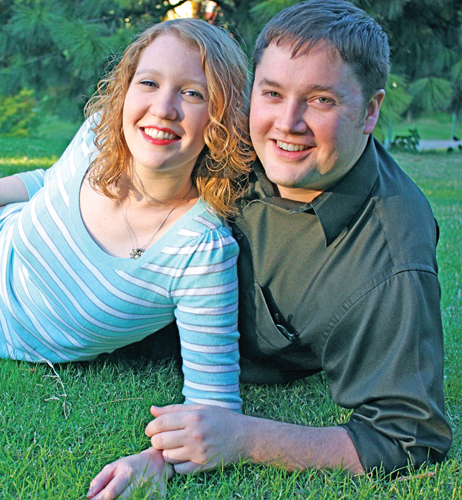 After he and Kacey were married in 2005, she moved in, turning his house into their home.

Kacey said she grew up learning the importance of paying for things in cash and never going into debt because her father has always handled money with a healthy dose of common sense, long before Dave Ramsey made it popular.

After a little more than a year of marriage, Clint said he heard Dave Ramsey’s name from his brother-in-law, who read Ramsey’s books. He said he downloaded an audio version of the book, The Total Money Makeover, and after listening, a light bulb clicked on.

“I gave it to my wife to listen to, but she was reluctant to attend Financial Peace University, because she didn’t want to pay for something she felt she already knew.”

However, when the BGCO Cooperative Program office offered to pay the fee for them, Kacey relented.

“She got inspired and excited,” said Clint. “We learned how to make our money work for us. FPU laid out a plan for our money, and since we are both natural planners, it gave us glimpses of what could be in our future.”

When they went into the 13-week program at Midwest City, Soldier Creek, they had one vehicle loan they owed $5,000 on. But Kacey didn’t want to pay that off right away. First, she wanted to build an addition on their home to accommodate future children.

“We kept the car payment on hold, but didn’t take out a loan to build onto our house,” Clint said. “We paid as we went and did a lot of the work ourselves.” As a result, the 540-square-foot addition, which includes two offices and a master bed and bath, was built debt free.

“After that, our income was directed toward paying off the car and saving for Christmas gifts” Clint said. “In November, we became debt free except for our house, and to reward ourselves, we saved to take a debt free seven-day Caribbean cruise.”

Clint and Kacey say there is no way anyone could convince them to borrow money ever again.

“All of our income that’s not allocated toward needs and savings, is going to pay off our house,” Clint said. “By the time I am 35, we will not owe a dime to anyone.”

He said the budget is the most important financial tool.

“Kacey and I enjoy having money talks instead of money fights,” he said. “We realize most marital problems revolve around money, but we are living proof that this plan really works. It takes personal maturity and the ability to be 100 percent honest with your partner by having everything out on the kitchen table—bills, debts and all.”

Clint said FPU’s plan for money is wiser than anything they could have come up with.

“It’s not that we were blowing our money, but now we’re following Ramsey’s purposes for money—save, give and have fun.”

Clint admitted that before he went through Financial Peace University, he was not a tither.

“I was reluctant to tithe for fear of not having enough after all the bills were paid,” he noted. “I discovered that God wants to be first on my list instead of being last.

“Ramsey’s course emphasizes tithing, and once I made the decision to tithe faithfully, the rest of our finances seemed to fall in line. My fear was completely unfounded. I learned to let go and trust God.

“I don’t think you can fully benefit from everything FPU has to offer if you don’t make God central and at the top of your finances. God doesn’t need or want money; it’s all His anyway. For me, tithing is remembering that everything we have is a gift. That mindset changes the way we spend every dollar.”

Now, the first line in Clint and Kacey’s budget is their tithe; next comes the house payment, and soon that item can be skipped.

“Everyone can benefit from this program, even if you think you’ve got it all figured out with money,” said Clint. “FPU truly and positively changed our lives.”