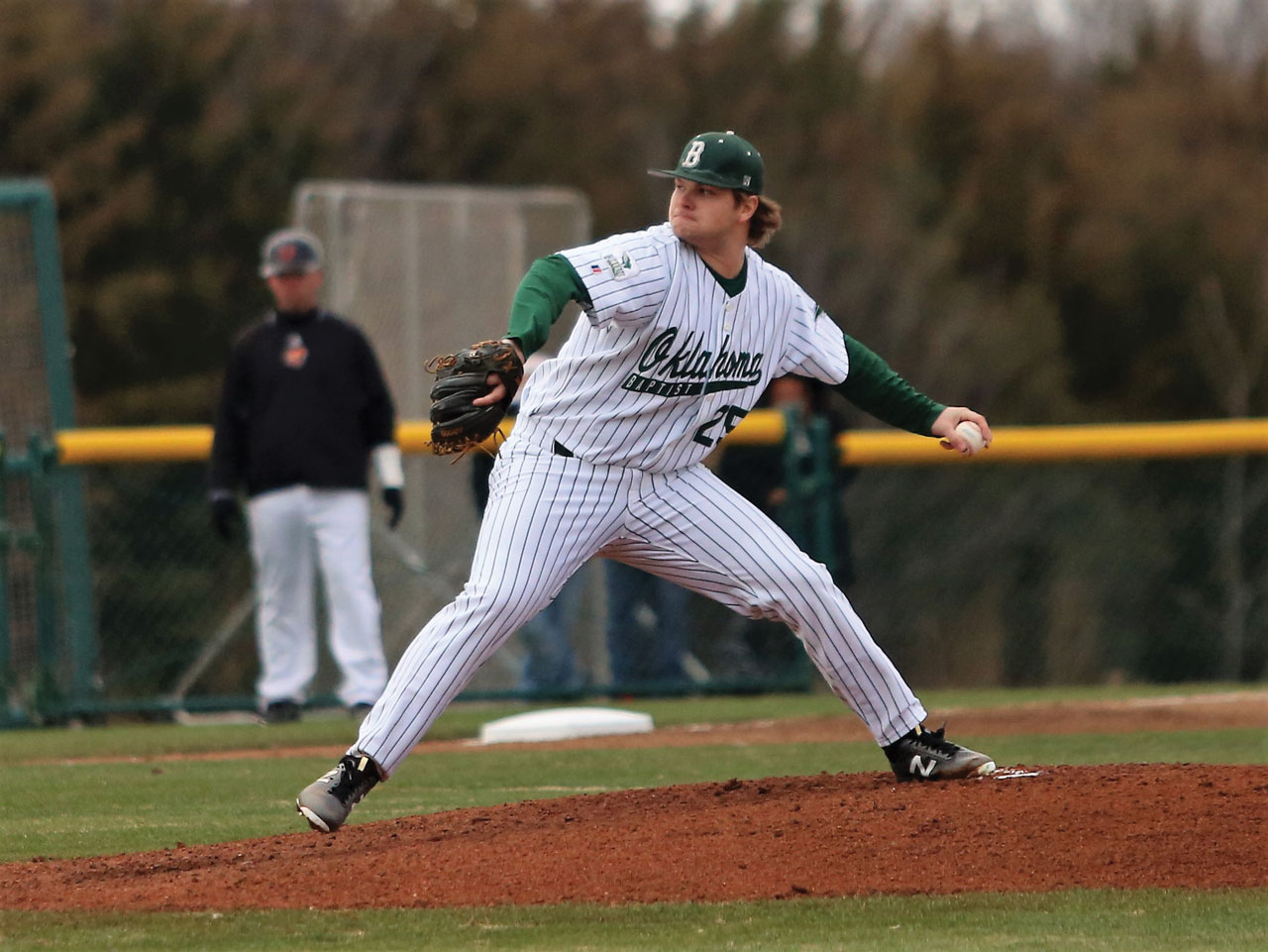 SHAWNEE—Oklahoma Baptist University (OBU) baseball team got off to a slow start this season, according to OBU Head Coach Bobby Cox. The Bison experienced a five-game losing skid in late February, but the squad has found more success in late March through early April, claiming a 23-15 season record on April 11.

During this March-April stretch, the Bison collected eight wins in 11 games, including seven in a row. The brightest moment came on a cold night in Alva, as Carson McPherson threw a historical no-hitter against Northwestern Oklahoma State and led the Bison to an 8-0 victory over the Rangers.

“It was extremely cold, with a north wind and bad conditions,” Cox recalls. “(McPherson) was lights out from the first pitch on, total command.”

Bobby Cox is in his 33rd season coaching the Bison

McPherson, a senior from Ardmore, became the first Bison pitcher to be involved in two no-hitters in the same season, as he was a part of a staff no-hitter in the 9-0 victory over Baker University on Feb. 4. The lefthander narrowly missed a perfect game, allowing a walk in the fifth inning of the seven-inning game.

McPherson is part of a strong Bison pitching staff, which includes Jinny Parra who set an OBU record for career wins no April 4. The senior from the Dominican Republic collected his 36th victory as a Bison in the 6-5 win over Southwestern Oklahoma State.

“He’s a special young man,” Cox said about Parra. “He works hard and is going to graduate in the spring.”

Offense has been led by Zane Gelphman who was named Great American Conference (GAC) Player of the Week on April 3. The third baseman posted a .571 batting average with two home runs, leading the Bison to four wins that week.

The Bison are in their final probationary season, as OBU has been making the transition from NAIA to competing in NCAA Division II. This means the squad is ineligible to compete in the GAC tournament, but OBU will be able to contend for its National Christian Collegiate Athletic Association (NCCAA) championship title that the team claimed last season.

“This team has been real resilient and cares where we end up,” said Cox. “They are really good guys who have bought into the process and understand what they were up against. They have tried to continue that tradition, and they understand the tradition and want to make sure, during their watch, that things continue to get better.”

OBU then will compete in the NCCAA Central Regional beginning May 11 in McPherson, Kan.