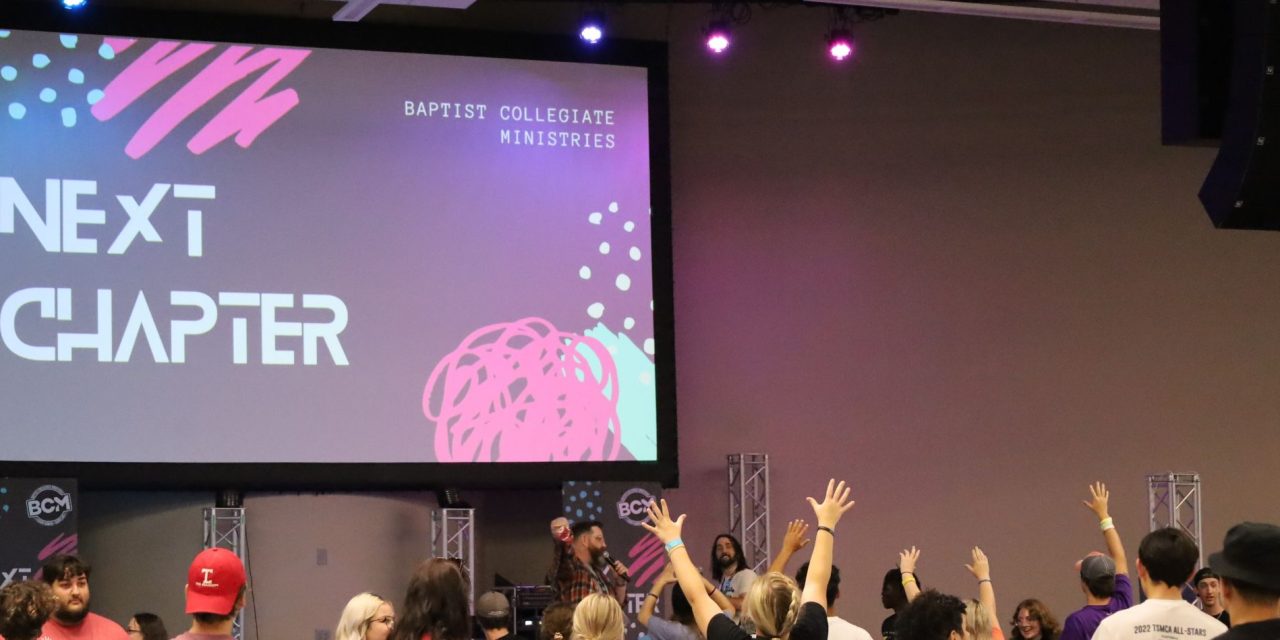 DAVIS—The schedule is full during a week of youth camp at Falls Creek Baptist Conference Center. Campers have the opportunity to participate in a wide array of activities that happen all throughout each day at the encampment in the Arbuckle Mountains. 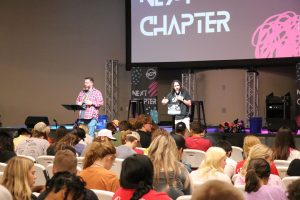 For nearly 15 years, Falls Creek youth camp has incorporated another valuable session specifically for recent graduating seniors making the transition into the “next chapter” of their lives. The session is appropriately called Next Chapter.

Directors of Baptist Collegiate Ministries (BCM) from different colleges and universities across the state have partnered with Falls Creek to provide Next Chapter in what is proven to be a successful promotion of BCM. With more than 2,000 Falls Creek campers participating in Next Chapter every summer, they become familiar with BCM and will be contacted by BCM directors affiliated with the schools they plan to attend in the fall, including schools outside Oklahoma. 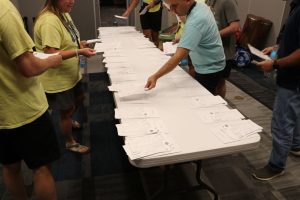 BCM directors sort information cards received from Next Chapter participants. The cards are used at the many BCMs across the state for making connections with students before they arrive on campus.

Next Chapter also happens at other summer camps in Oklahoma, including associational assembly camps like Kiamichi (KBA) and Grand Lake. And Next Chapter also helps high school graduates who may not have immediate college plans but consider joining the military or going directly into the workforce.

“Next Chapter has become a part of the culture,” said Shannon Cross, BCM director at Rogers State University in Claremore. “A lot of the kids we meet on campus went through Next Chapter.”

Cris Lowery, collegiate ministries director for Oklahoma Baptists, said Next Chapter has been a game changer for BCM. 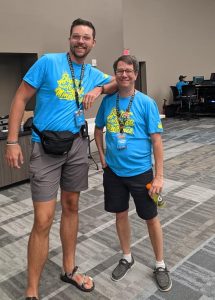 “Nine years ago, we faced the fact that high school students did not know what BCM was,” Lowery said. “They’re graduating, and BCM directors had to find these kids on campus and explain what BCM was and try to recruit them to BCM at the same time other groups on campus were recruiting. When we had the opportunity to connect with them (through Next Chapter) at Falls Creek and KBA and Grand Lake before they ever got on campus, it was golden. We started upping our game, tried to make the resources as good as possible, and that just continues to improve.”

“One of the struggles is we are giving them information they don’t know they need yet,” Lowery said. “We try to come up with different ways to send this information with them, so that they heard it and eventually when they are on campus, in military or workforce, they would have something to look back on.” 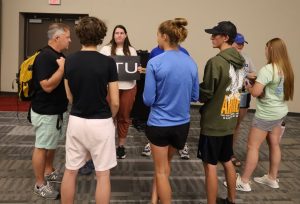 On Friday, the final day of Next Chapter, campers have the chance to meet specifically the BCM director of their college of choice. Or for those choosing to go directly into the workforce, they meet with Rob Hunt, who serves as hotel manager at Falls Creek, who offers them practical business tips. For those going into the military, they meet with Travis David who oversees security at Falls Creek.

“One thing Travis tells students before they go to (military) basic training is have your favorite verse memorized,” Lowery said. “’When someone is screaming in your face, say that verse over and over and over,’ he would tell them. Recently, a church sponsor said he went through Next Chapter and remembered Travis telling him about memorizing his favorite verse. He said that got him through basic training.”

Case Kirtley, student pastor at Goldsby, remembered the impact Next Chapter had on his life.

“Even at the end of my high school career, I wasn’t following the Lord completely,” Kirtley said. “But the Lord got a hold of my life, and I knew I needed to get involved somewhere. Right when I needed it, I attended Next Chapter, which led to getting involved at BCM. Then while I was (at University of Central Oklahoma), the Lord pushed me toward getting involved in ministry. I had (former UCO BCM directors) Chad Coleman (currently collegiate ministries associate for Oklahoma Baptists) and Grant Findley (currently pastor of El Reno, First) there to disciple me and point me in the right direction.”

Now, Kirtley encourages his students to attend Next Chapter and be involved in BCM.

“Next Chapter helps prepare students while they are at Falls Creek that summer before they start college,” he said.  “They meet BCM directors who personally invite them, so they can’t say they don’t know anybody at BCM.

“And BCM is so important, especially if you are going to a secular school,” Kirtley continued. “Kids are going to get involved in something at school, and there’s a lot of ‘somethings’ they can get involved with. I think BCM is the best option. With everything going on such as fraternity life or different clubs or just people you meet, it’s so important that students find that connection when they get to college that will help them keep grounded spiritually.”

Many people share testimonies about their involvement with BCM or formerly Baptist Student Union (BSU). Lowery said someone told him that “BSU saved my life,” and said it’s where he recommitted his life to Christ, met his wife and became committed to being actively involved in church.

BCM is impacting many people during their college years, and Next Chapter is not only impacting high school graduates but also encouraging them to get involved in BCM when they go to college.

“Next Chapter has impacted every BCM,” Lowery said. “There are some students who are going to two-year campuses, might not have been their first choice. What they are finding out is they are meeting all these great people in Next Chapter. Then they get connected in BCM and find this community that they never thought they would find on a two-year campus, especially on a two-year commuter campus. Those relationships are really strong. There’s not a campus in Oklahoma that is not benefitting by having Next Chapter.”