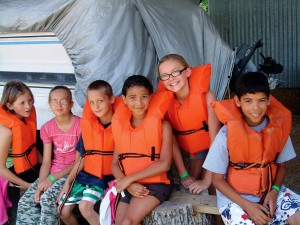 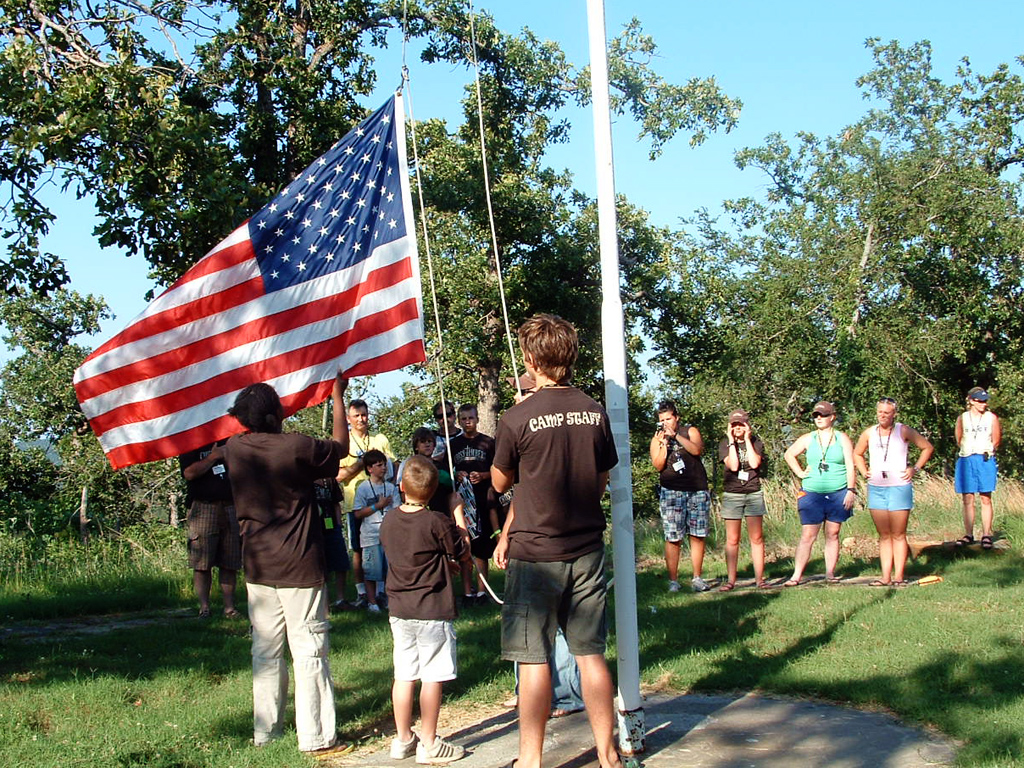 MCALESTER-The name may have changed, but the focus remains the same at CrossTimbers Children’s Mission Adventure Camp-teaching children about Jesus and those who dedicate their lives to spreading the Gospel around the world.

For 50 years, Camp Hudgens, located on 530 acres on the shore of Lake McAlester near here, taught first boys and later, both boys and girls, about missions. Now, CrossTimbers Children’s Mission Adventure Camp continues the goal of “educating, equipping and engaging children in a missions lifestyle with God through a unique camping experience.”

The new camp, which combined the programs of Hudgens and Camp Nunny Cha-ha located adjacent to Falls Creek Baptist Conference Center near Davis, has had an “extremely successful” first year, according to Mark Jones, children’s ministries specialist with the Baptist General Convention of Oklahoma. 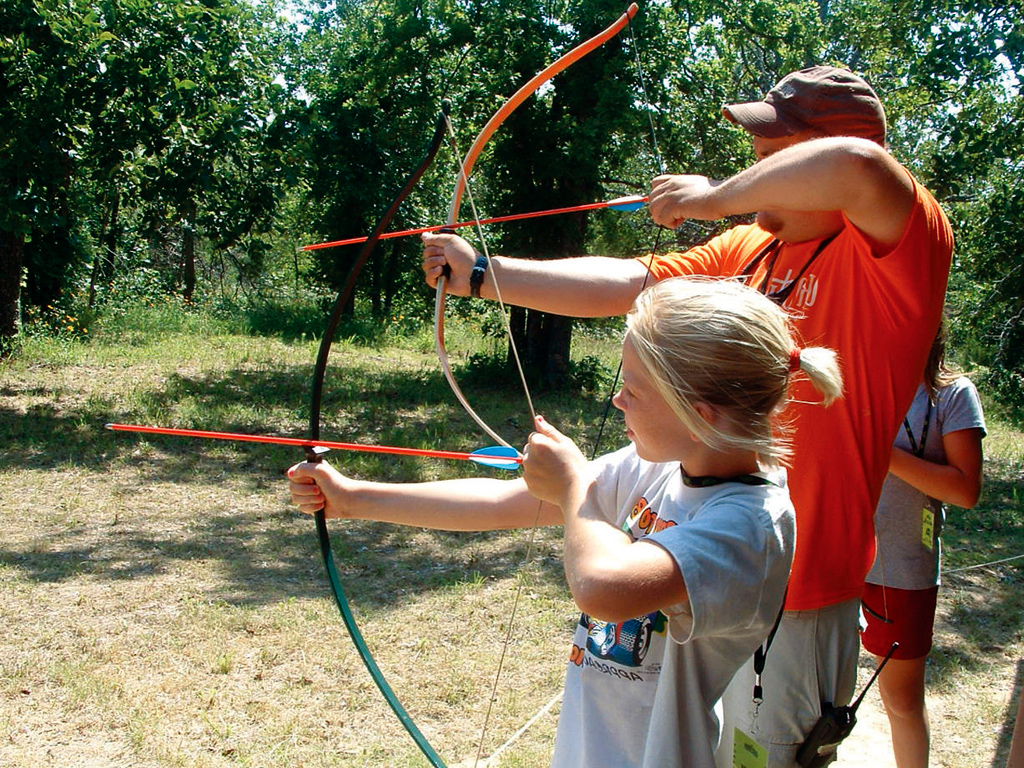 “We have been thrilled overall with how camp has gone this year,” Jones said, adding, “The overwhelming popularity of the coed weeks has clearly shown that churches prefer this new format over only boys or girls weeks.”

Jones said attendance averaged 45 campers for the boys’ and girls’ weeks, while it was more than 150 during the other weeks. CrossTimbers caters to children who have completed the third grade through the sixth grade.

The camp not only got a new name, but its facilities also got a face lift during the past year, including remodeled cabins, new beds and mattresses, additional equipment and added programming.

Jones promoted the camp as well.

“I gave a few tours and talked to a lot of children’s ministers and it really paid off,” he said. “The evaluations and feedback we have been getting from those who have attended is really good and positive.” 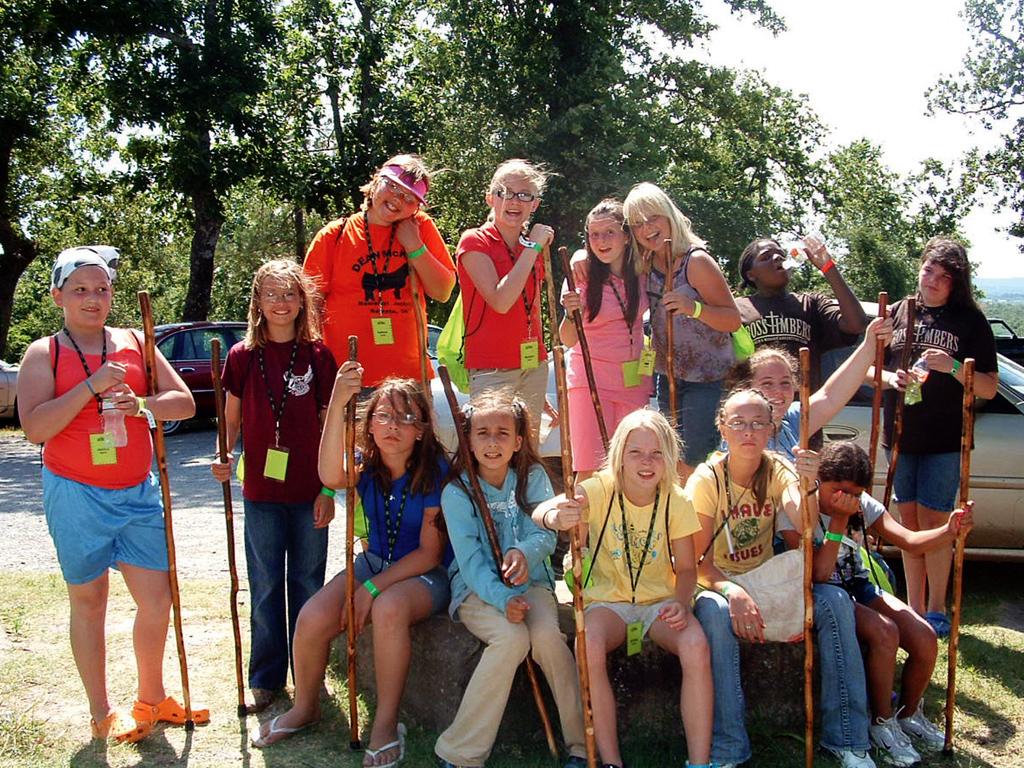 Jones said the missions aspect-as great as it has been in the past-was actually improved.

“We’ve kicked it up several notches,” he said. “Everything we have is hands-on. We’re actually constructing a building down here, and the missions hike has been very popular. Anything we do the kids get to actually have a hands-on experience, which is much better than just sitting and listening to someone talk about it.”

The missions education aspect of camp has included a 1/4-mile hike to an “African village,” where campers help build a fire, grind coffee beans and brew a pot of coffee as Keith Badgett, Jones’ ministry assistant, shares his experiences of serving in Africa. 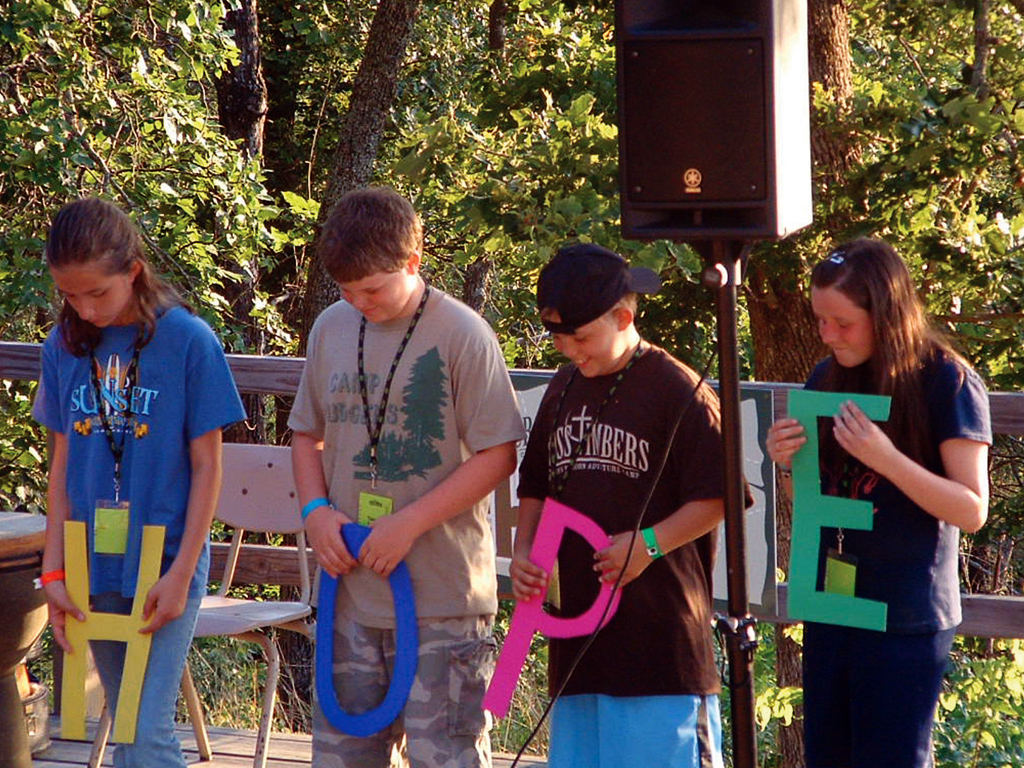 “Keith talks about his trip to Africa and encourages the kids to pray for the missionaries there,” Jones said.

Back at a missions center, Jones helps the campers cook an authentic dish from Bangladesh-rice pudding-along with chai tea, both of which they all get to taste. Jones also leads an interactive “Wheel of Fortune”-type game, which focuses on the Cooperative Program. Campers also have the chance to use a computer to visit Web sites of missionaries and learn more about them and the people groups they serve.

The camp schedule is a busy one.

“We divide the kids into tribes by gender and age groups,” Jones explained. “They do a Bible study in the morning, then in the afternoon we have ‘tribal chaos,’ which includes water games and other activities. In the evening after worship, they go and visit with their tribal leader in a small group to unpack what has happened during the day, and we share the plan of salvation in that small group setting.”

Daytime activities are not the normal basketball and soccer games, Jones said.

“They’re things that kids don’t get to do at home, such as the target sports, the archery and rifle range and shooting skeet with a 20-gauge shotgun. The canoes and paddle boats, the climbing wall and the zip line. Things they don’t get to do most other places. Some of the activities are challenging.” 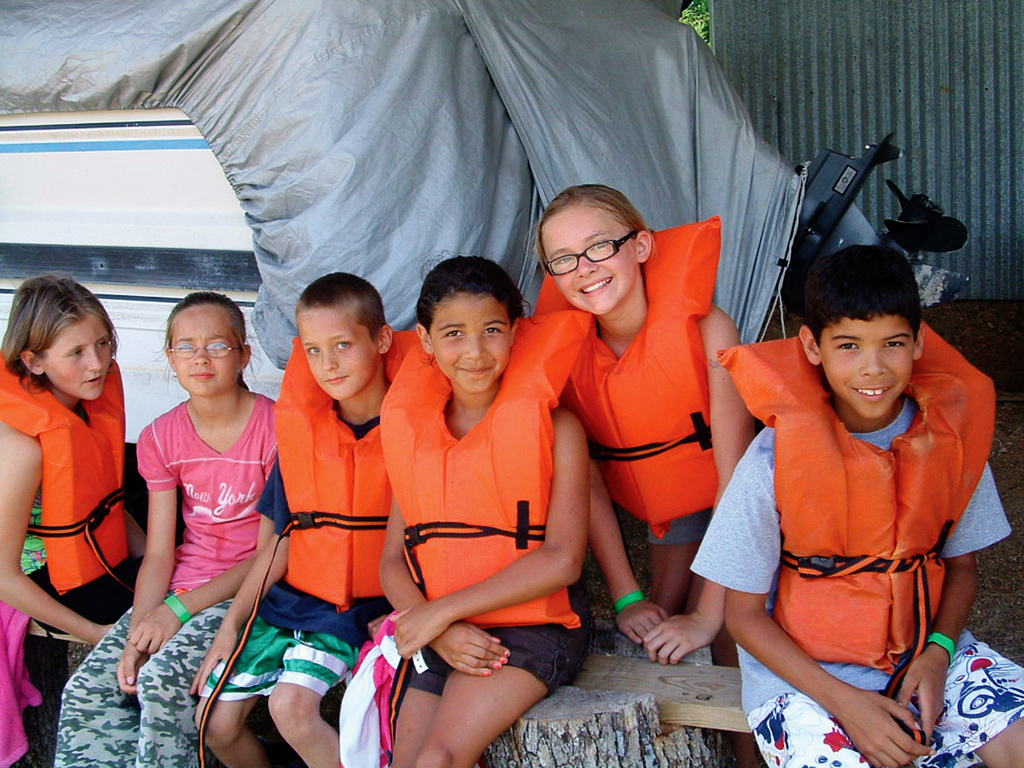 Add to that special activities every night, and there’s not much chance for a child to get bored at camp.

As the first year draws to a close, Jones said, “It’s been a great first year. I have the most incredible staff ever. It’s just amazing how they work with the kids. Their energy level has remained high, and they care deeply about the kids understanding who Jesus is and how to walk with Him. That makes a huge difference. They have a great servant attitude.

“The worship services were good and just in general, everything was run really well. They pretty much made sure the kids were ready to go to sleep when bed time came.”