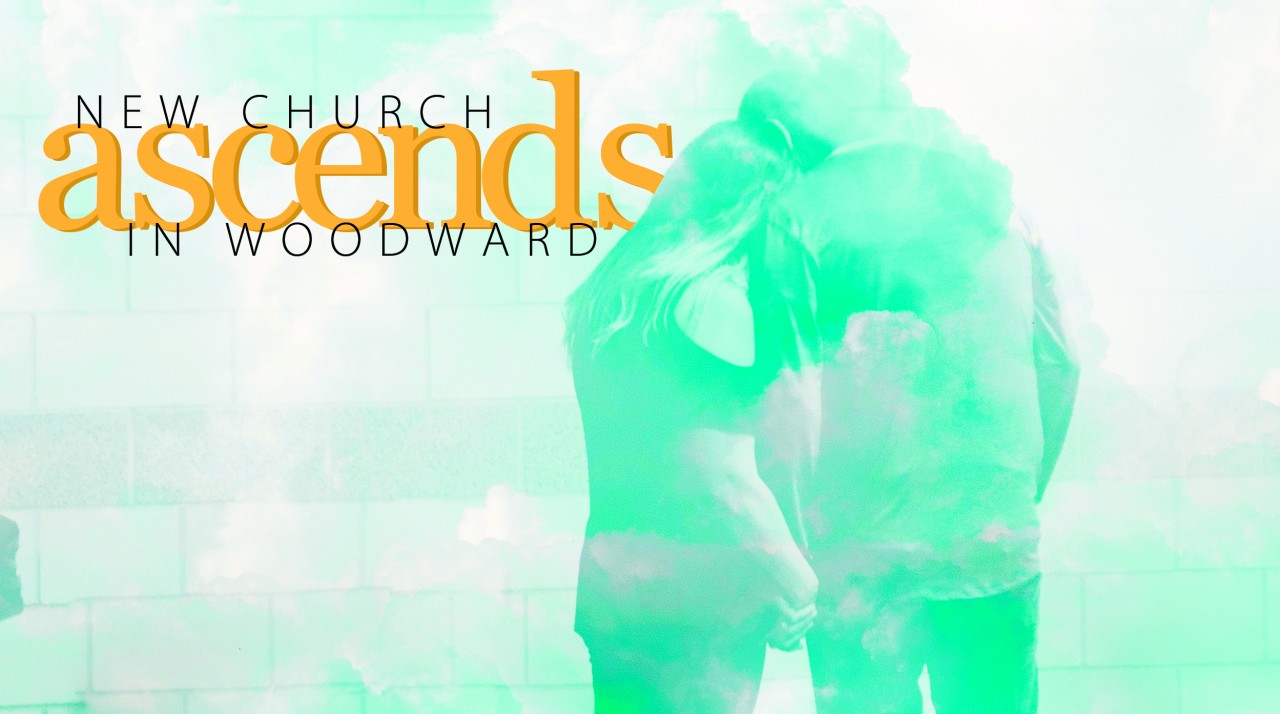 WOODWARD—Sunday, Sept. 15 marked the raising up of a brand new church in Woodward with 312 people meeting under the banner, “This is Home.” Woodward, Ascent, led by Blake and Taylor Farley and a launch team of 58 people, celebrated the inaugural worship meetings of the church with two services and a full children’s ministry in the Woodward Events Center.

Nine professions of faith in Christ were reported, and the new congregation had its first baptism service on Sept. 29. The church plant demonstrated a sacrificial commitment to future church multiplication in the state by giving 100 percent of the first offering collected in both services to Oklahoma church planting. 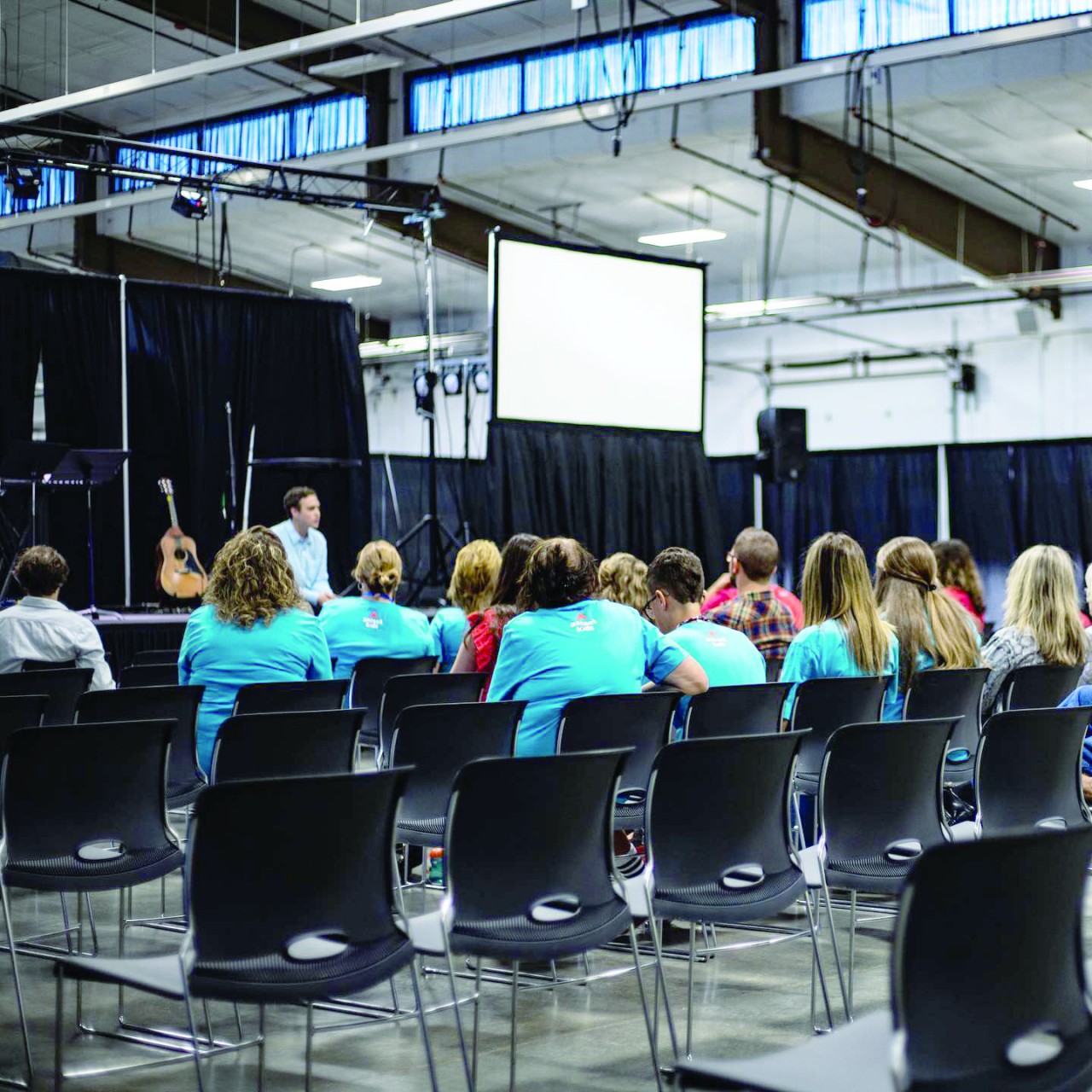 “We believe God wants us to show our commitment to church planting,” said Blake Farley, who serves as church planting pastor, “and I say this with a lump in my throat, knowing that we are a new church with a lot of financial needs, that we will give everything we collect today in offerings to church planting in Oklahoma.”

Woodward, Ascent also plans to give at least 8 percent of the church’s undesignated offerings on an ongoing basis through the Cooperative Program and 2 percent to Northwest Association.

John Elam, associational missionary in Northwest Association, was present at the launch of Woodward, Ascent and expressed enthusiasm about the church. 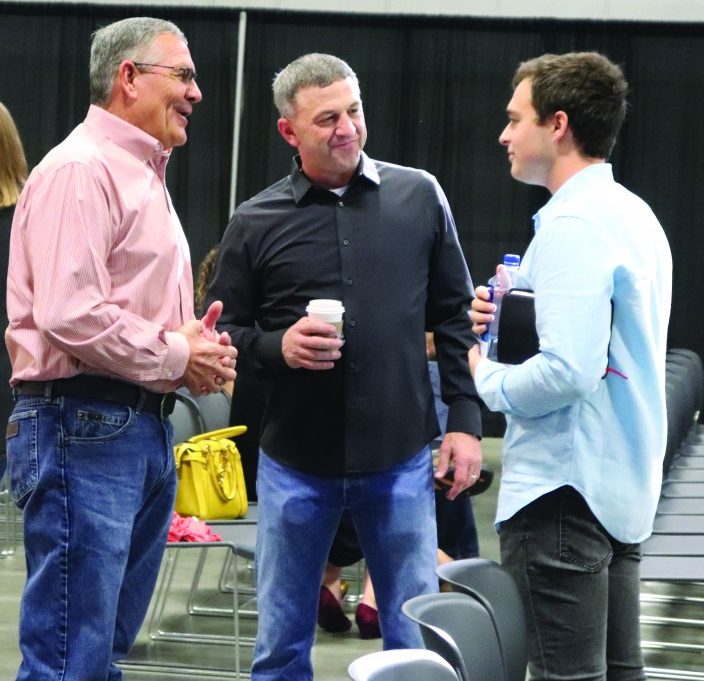 “I am always excited to see God at work in young men called to the ministry of the Gospel,” Elam said. “I am especially encouraged when that calling is confirmed and put to task in the work of establishing a new church. Blake and Taylor Farley and Ascent Church will join the churches of Northwest Association in pushing back darkness and proclaiming the incredible message of the Gospel of Christ across northwest Oklahoma. I look forward to seeing what God will do in and through the ministry of this new church.”

“Jesus began the public expression of His church with a large launch,” Kinnaird said. “After three years of ministry and disciple making, there were 120 people praying in the upper room. The Lord added that day 3,000 people (Acts 2:41).

“Typically, a large launch church planting model is defined by having more than three times the attendance of a church plant’s launch team,” he continued. “The core group of Jesus at the beginning of the day was 120, so His ‘launch’ was well over three times the size.”

Kinnaird sees the large launch model benefiting church multiplication in the state if church planters hold fast to the principle that “church” is not an event but a community of gathered believers.

“The benefits of a large launch in Oklahoma can be the same for us as it was during Jesus’ earthly ministry,” he said. “First, a large launch creates excitement both in the core and throughout the community. A large launch bypasses the ‘growing pain’ issues inherent in a small church. Flexibility and growth are expected. The tendency is most churches that start small, remain small. This is not true in every case, but it is true in most. A large church launch becomes self-sustaining sooner.

“Large launches tend to baptize more people. However, large launches do require more work, organization, patience and leadership development on the front end. Large launches may take 14-24 months of leadership, disciple-making and core building before a public gathering. The launch of the early church, humanly speaking, was three years in the making.

“Having said all that, I must emphasize that ‘church’ is not an event but a community of people,” Kinnaird concluded. “Oklahoma needs large launches, but (they need to be) launches that flow out of a life lived with Gospel intentionality at its core.”

Reaching the spiritually broken in the ‘Bible Belt’ 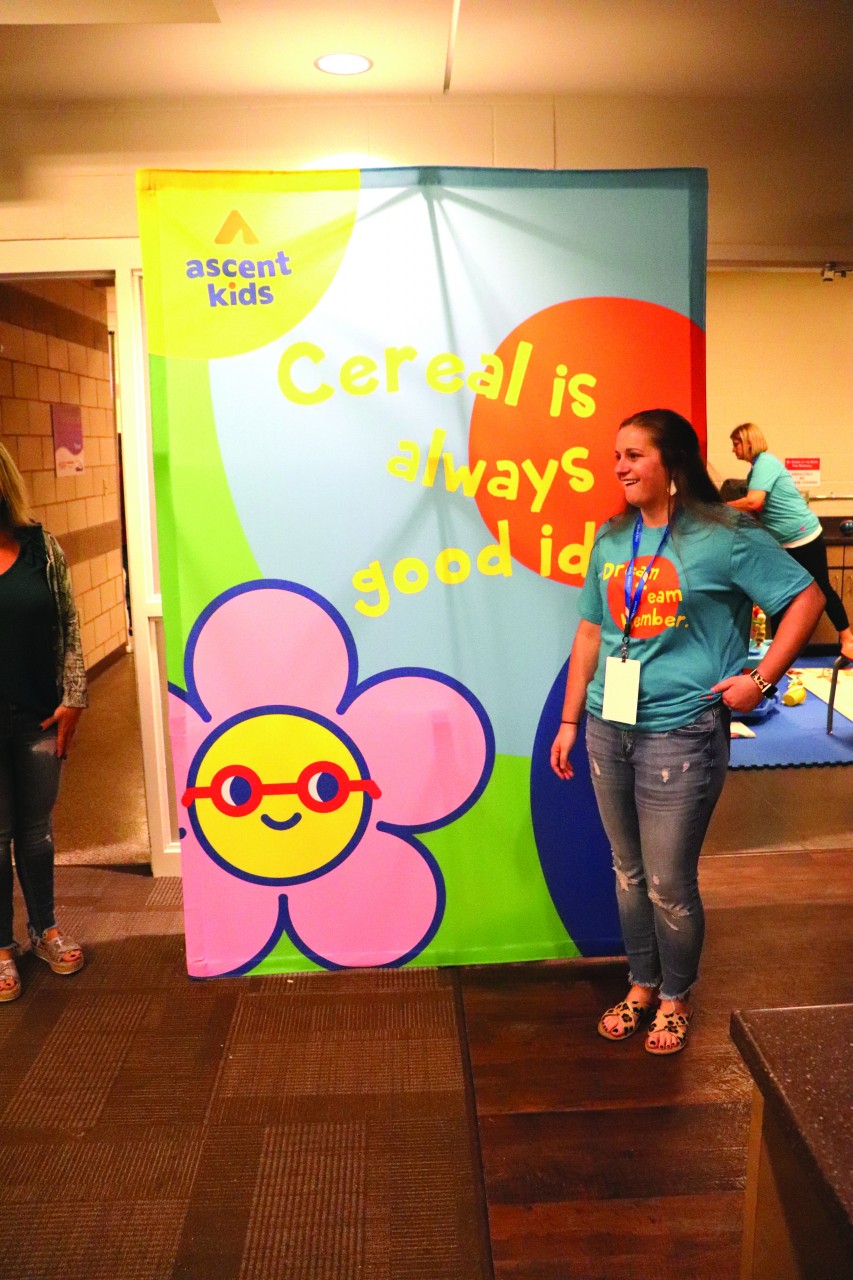 When people who live outside the state think of Oklahoma, they might be tempted to think that the state has been reached or is over-churched. With what seems like a church on every corner, surely almost everyone in the state is a believer or at least has a connection to a church. Farley said he has first-hand experience that this is not the case in Woodward.

“One of the biggest oppositions I wrestled with personally, when discerning the call to plant in Woodward, was the idea that Woodward had enough churches,” Farley said. “I thought that everyone who wanted to go to church had a church, and those who weren’t interested already had their mind made up that they weren’t going.

“God convinced Taylor and me that this wasn’t the case,” he continued, “but the enemy has been ruthless in attacking us with this claim. We have had some well-meaning—and some not so well meaning—people tell us that we were foolish for planting in the ‘Bible Belt.’ However, God has blown us away with the response of broken and spiritually-dry people yearning for what only Jesus can provide.”

A 2017 survey conducted by Oklahoma Baptists of the state’s unchurched population estimates that 23 percent of Woodward residents have no church background. Of the city’s 12,356 inhabitants counted in the most recent U.S. Census, the survey estimates that less than 5,000 residents regularly attend church, with another 3,800 dechurched people who have a church background, yet are inactive in church. The survey estimates more than 2,800 in Woodward are religiously unaffiliated, what church planting missiologists call “Nones.” Another 6 percent, or 741 people, are affiliated with another religious group, according to survey estimates.

Farley explained that Woodward, Ascent is seeking to reach the city’s dechurched and unaffiliated population.

“We aren’t starting Ascent to reach those already in the family of God,” he said. “We want our mission to be the same as our King’s mission: ‘to seek and save the lost.’ Through His Spirit, we believe we can accomplish just that.

“Over and over, as we have gone through the process of launching this new church, we have seen proof of this. Taylor and I have had several conversations with people who openly claimed they didn’t believe in Jesus, but found the Gospel I was preaching very interesting. I am so excited to see what the Lord does with these conversations and others we have had like them. Several of these people we have met have even asked to help us launch the new church and joined the launch team. God is at work transforming the spiritually broken in our city.”

For more information about the church planting and the Hidden Harvest survey of Oklahoma’s unchurched, contact the BGCO Church Multiplication Office at 405/942-3800 Ext. 4385.