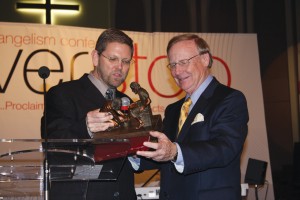 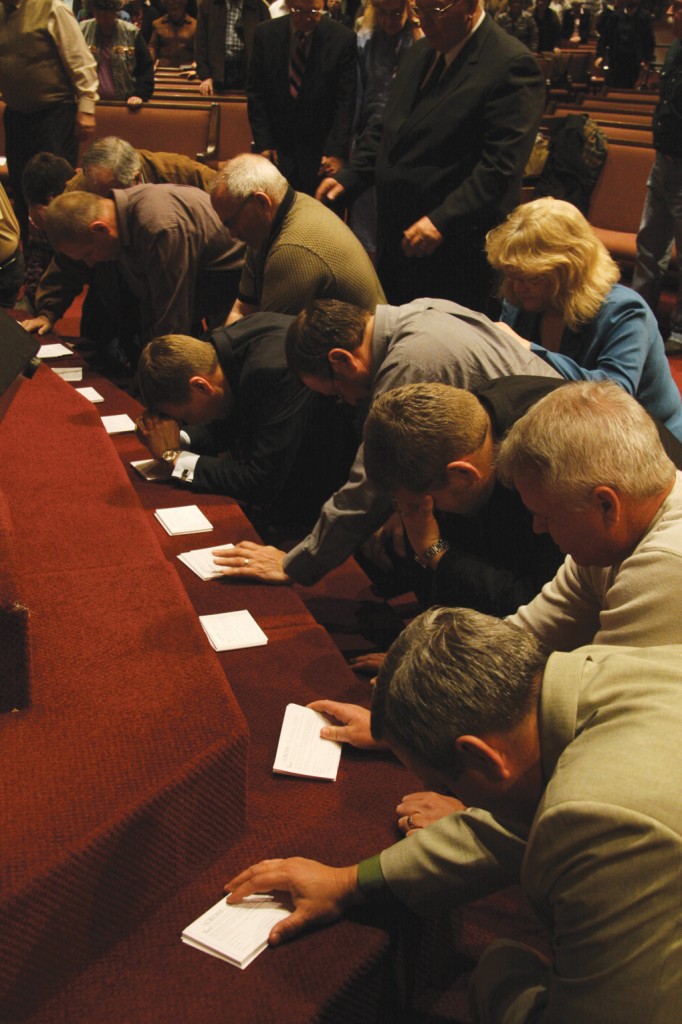 Last year, 7,168 Southern Baptist churches didn’t baptize anyone. There were 3,312 that baptized just one person, and 10,448 that baptized from three to five people. Another 6,774 baptized six to 10 people, with only 274 churches baptizing more than 100. Baptisms in Southern Baptist churches totaled 364,826, or 7,000 less than the year before. That averages out at nine baptisms per church.

These sobering statistics greeted those attending the Monday afternoon session of the State Evangelism Conference at Moore, First, Jan. 28.

“The world is as hungry as it has ever been, but we haven’t been faithful sharing the Gospel,” said Alan Quigley, Baptist General Convention of Oklahoma evangelism specialist. “I don’t want these statistics to be a downer, but an eye-opener.”

Quigley said this generation is watching Oklahoma drift into lostness.

“We are the farthest away from Christ we have ever been,” he lamented.

“The harvest will come if we continue to sow,” he said. “We are never going to stop proclaiming the Good News.”

And that was the theme of the conference: “Never Stop . . . Proclaiming the Good News,” based on Acts 5:42.

Quigley said he was sick one Sunday morning and stayed home and watched a church service on TV. When the pastor announced he would be talking about how to have a healthy heart, Quigley thought he was going to hear an evangelistic message.

“However, I learned if you take your comfort foods and put them on the top shelf or down low, your heart will be healthy because in a moment of weakness, you’ll have to stretch or bend down to get them,” he noted. “I thought, ‘Oh my soul, in the end times, teachers are going to proclaim all things, but not that Jesus is the Christ.’

“Every Sunday, people should hear the simple plan of salvation. This week, we are focusing on proclaiming the Good News and going out and sharing the Gospel throughout the state.”

Quigley took ownership of the low number of baptisms in Oklahoma when he spoke at the Pacesetter Recognition Dinner Monday evening during which leading congregations in baptisms were recognized and again at the Directors of Missions luncheon Tuesday.

“Who owns that number,” he asked? “I do, because it’s personal. I have prayed about this . . . I am asking each of you when you see me to ask me, ‘Who have you shared the Gospel with in the last 24 hours?’

“Then, think about how you can take ownership of that number. We all are going to have to start taking some responsibility for that number in Oklahoma.” 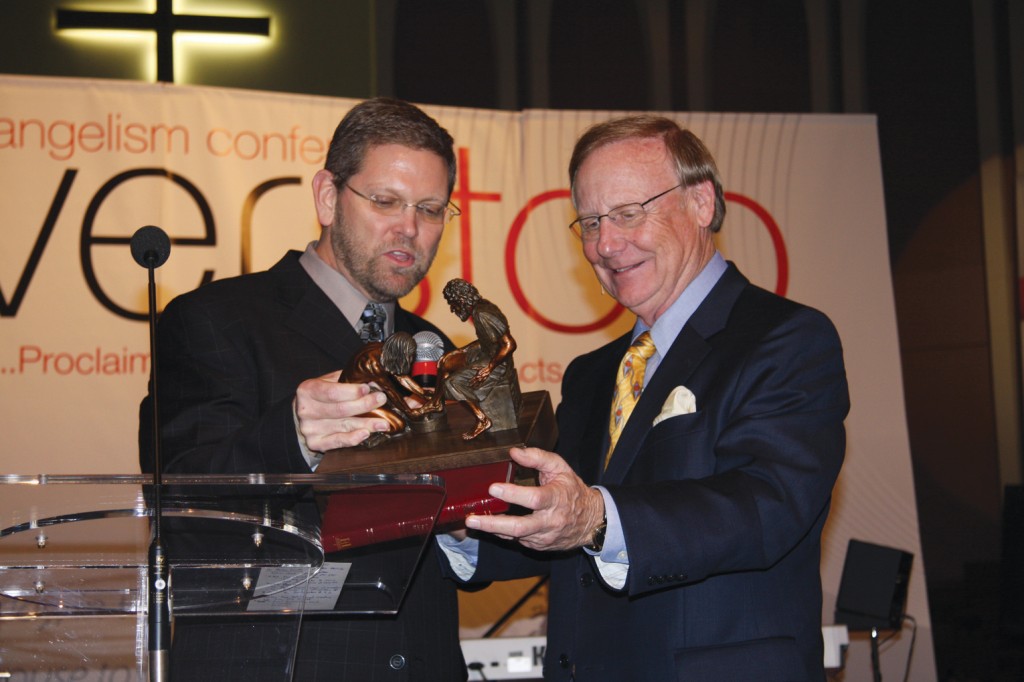 Quigley then invited the DOMs to join a discussion group at the state level he is organizing.

“We have to get our heads and hearts together and then get on our knees together to impact lostness in Oklahoma,” he stressed.

More than 600,000 homes in Oklahoma were contacted by Southern Baptist churched during ACROSS Oklahoma last year. The BGCO evangelism group is praying to see that doubled that this year, and has printed 1.2 million pieces of material in both English and Spanish for churches to distribute on March 15, encouraging residents to attend church on Easter Sunday. The gospel distribution will be preceded one week earlier by a day of prayer walking on March 8. Additional information about the ACROSS Oklahoma activities and materials is available by calling 405/942-3800, ext. 4327, e-mail, aquigley@bgco.org. Information about prayer walking is available by calling ext. 4324, e-mail, kking@bgco.org.

Bob Mayfield, BGCO Sunday School specialist, has compiled five weeks of materials for churches to follow up with prospects after Easter. More information about the materials is available by calling him at ext. 4661, e-mail, bmayfield@bgco.org.

Several awards were presented during the conference, including the “Beautiful Feet” Oklahoma’s Lifetime Achievement in Evangelism Award, which went to former Del City, First Southern pastor and current evangelist Bailey Smith of Atlanta, Ga., who also spoke Tuesday afternoon. Faithful Sower Awards in Evangelism also were presented to Ed Baker, director of missions for East Central Association, who led 38 of the 42 churches in his association to participate in ACROSS Oklahoma last year; Ken Brassfield, a member at Moore, First, for his work with Project NOAH in New Orleans, La.; Paul Dixon, Forgan, First and John Dickey, Stillwater, Hillcrest, for their efforts during ACROSS Oklahoma.

Dixon said his church had 24 people prayerwalking, 31 going door to door, 120 each night at a harvest event, along with 31 at an evangelistic basketball camp and youth rally and 26 campers at Falls Creek.

“This all occurred in a place where two cars in a mile is a traffic jam,” Dixon said. “All of these activities led to 70 professions of faith, and we only run about 60 in Sunday School.”

Dixon added that there are teenagers in his community who have led more people to Jesus in eight months than their parents or deacons of 50 years ever have.

Dickey said because his seven children throw newspapers, he got the idea to divide Stillwater into paper routes to distribute the Gospel.

“Our churches came together in unity,” he said. “And now we meet regularly and pray. On the fifth Sunday, the churches come together to worship.”