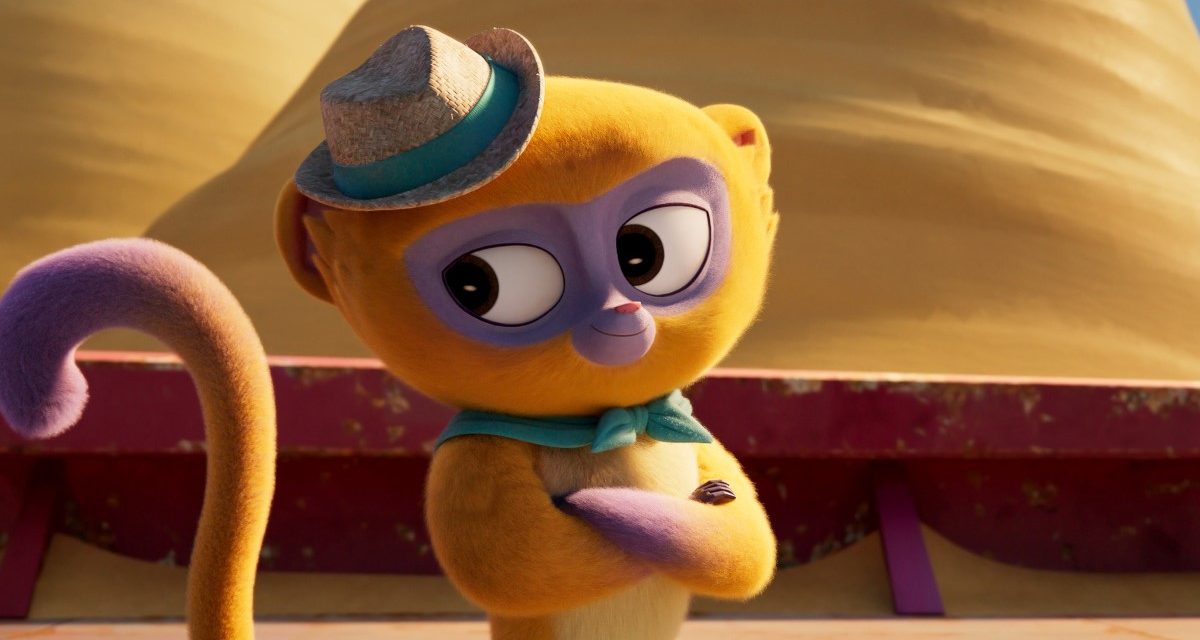 His name is “Vivo,” and he’s the most talented kinkajou this side of South America.

He can dance. He can play musical instruments. Most of all, he can perform on cue when his owner—a talented elderly man named Andres—takes him to the lively streets of Havana, Cuba, their home. There, they sing for coins.

Who wouldn’t pay money to watch a kinkajou tap dance? Fortunately for Andres, plenty of Havana’s citizens do just that.

As Vivo sees it, he and Andres have a “perfect life.” They eat mangoes together. They relax along the beach together.

And then everything changes.

But then Andres dies.

Vivo is grieved, yes, but he is determined to fulfill Andres’ wishes. Vivo decides he will find a way to get to Miami—and that Marta will hear the romantic song Andres penned.

It’s all part of the new Netflix movie Vivo (PG), a family-friendly animated musical that features one of the top names in musicals—Lin-Manuel Miranda—in the lead role. Miranda, who has starred in such films as Hamilton and Mary Poppins Returns, co-wrote the music and served as executive director.

The story follows Vivo as he befriends a quirky girl named Gabi, who also is grieving a loss (her father died) and who agrees to help Vivo find Marta. Together, Vivo and Gabi fill a void in each other’s lives at the exact moment they need a companion.

It’s one of the best family movies of the year, thanks to positive messages (about friendship, fatherhood and parenting) and a handful of toe-tapping songs that will stick in your head. Thankfully, it includes no language or sexuality and only a bit of Looney Tunes-type violence. It has one hiccup—Gabi disobeys her mom—but if you can avoid that, it’s a fun ride.

Expedition Unknown (Discovery Plus)—Host Josh Gates takes viewers on a worldwide journey to explore some of history’s most interesting subjects, such as the disappearance of Amelia Earhart’s plane and the D-Day battle on Normandy’s shores. The first nine seasons are now on Discovery Plus. Rated TV-PG for minor language.

Serengeti II (Discovery Plus)—The Emmy-nominated series returns for a second season with jaw-dropping drone footage of animals on the plains of Tanzania. Imagine walking alongside a lion or jogging within a herd of elephants—only a few feet away from danger. That’s what Serengeti II delivers. Job 12:10 says of the animals, “In (God’s) hand is the life of every living thing.” No doubt, Serengeti II can spark reflection and even worship of our Lord among viewers. TV-PG.

Ruth (Sight & Sound TV)—If you’ve never had an opportunity to watch one of Sight & Sound’s Broadway-like productions in person, then this is the next-best thing. The uplifting story of Ruth is the latest musical to enter the Sight & Sound TV platform (Sight-Sound.TV). It was filmed in front of a live audience.