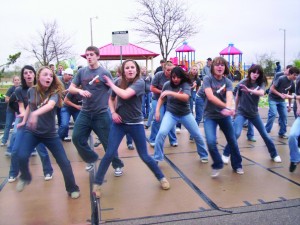 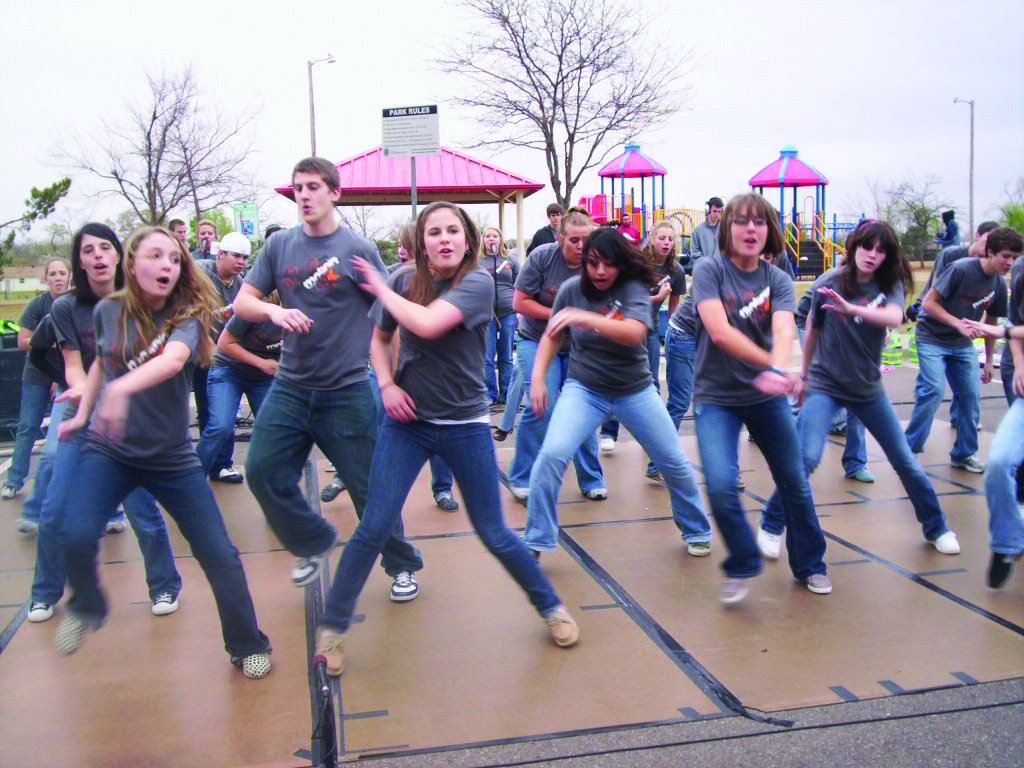 Not every High School and Middle School student spent this year’s spring break at the beach. MOTION, a high energy step, stomp, singing and dance group from Springdale, Ark., First, spent its spring break in Oklahoma City performing for groups in high, middle and elementary schools in South Oklahoma City and in four community festivals. They also performed in the plaza at an Oklahoma City Thunder/Los Angeles Lakers game.

The group of 38 dancers, singers and musicians canvassed more than 3,000 homes in South Oklahoma City and did other projects at the host church, South Lindsay. They also led an outdoor festival for Central Hillcrest Church to kick-off its revival.

“This mission trip is one of the best mission efforts I have had in ministry” said Butler. “Our students were amazing, and they presented the Gospel boldly to students and families throughout Oklahoma City.”

There were 208 recorded decisions for Christ in the six-day event.

The canvassing featured brochures the Baptist General Convention of Oklahoma evangelism team used last year in a statewide blitz. So far, 12 people responded to follow Christ and indicated it through the mail-back card.

South Lindsay has an aggressive follow-up plan using e-mail, discipleship CDs and using its students in one-on-one mentoring. The church is involved with Youth for Christ Bible Clubs in some of the schools where Motion performed. These clubs are also actively discipling these new followers of Jesus.

“It is great to see a revitalization of one of our inner city churches through such a partnership,” said Tim Russell, director of missions for Capital Association. “This reversal of focus by a growing suburban church from Arkansas is a welcome dynamic.”

The team used the CART activity trailer of the Association to do the community festivals where the bulk of the decisions were made. The students also gave testimonies at nine Youth for Christ Bible Clubs in as many schools.

“Students sharing the Gospel with students is one of the best things I have ever seen,” said Jeff Cobb, a volunteer student minister. “These kids could not share Jesus enough. This was exactly what our church and community needed.”

Shawn Smith, a native of Bethany and head of the student ministy at the Springdale Church, accompanied the group and presented the Gospel to larger audiences on several occasions.

“Some of our students were reluctant to commit to this effort at first,” said Smith, “but when they did their first performance and saw students come to Jesus, they knew they had done the right thing.”

The students at Springdale are all ready to give their spring break again next year for such a cause.