Most pastors oppose marijuana use, legalization 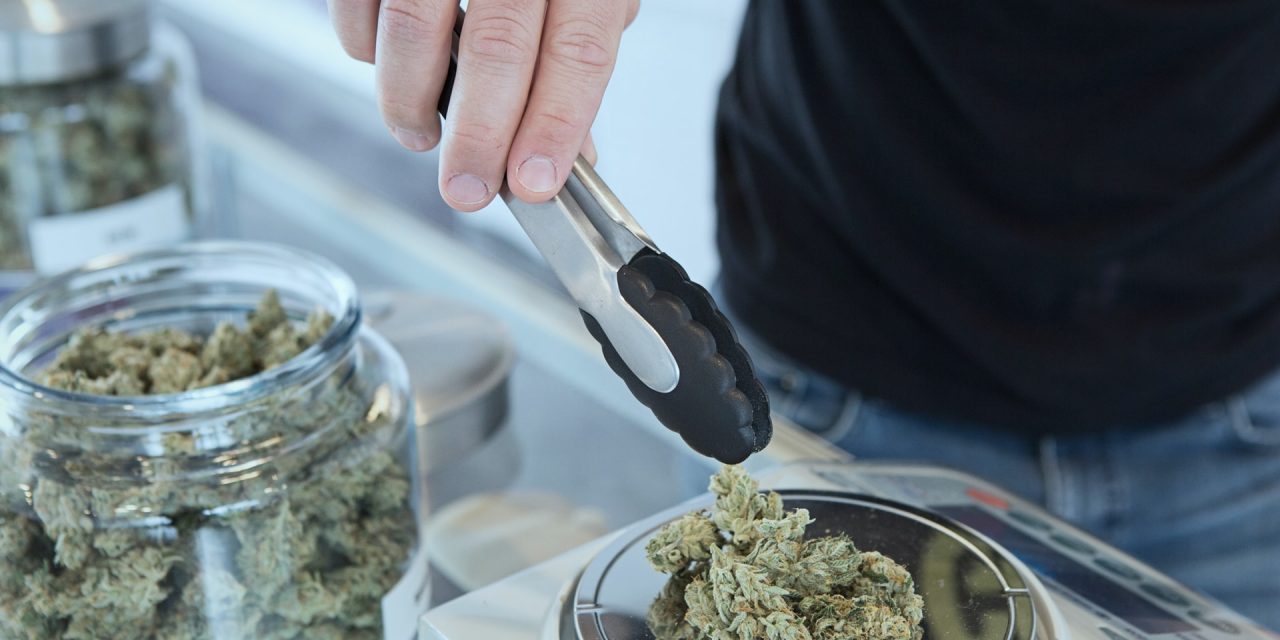 NASHVILLE, Tenn. (BP)—As more Americans have access to legal marijuana, most U.S. Protestant pastors remain opposed to its use and legalization.

In November 2020, five states approved marijuana legalization measures, including Mississippi, which became the first Southern state to approve medical marijuana. Now, 36 states have legalized it for medicinal purposes, including 15 states that have fully legalized adult marijuana use, according to CNN. 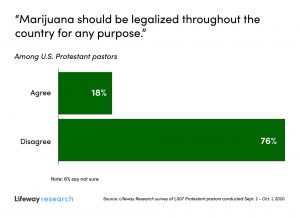 Among Protestant pastors, however, few believe marijuana use should be legal nationwide. According to a study from Nashville-based Lifeway Research, fewer than 1 in 5 pastors (18 percent) say it should be legalized throughout the country for any purpose. More than 3 in 4 pastors (76 percent) disagree, including 59 percent who disagree strongly. Few (6 percent) are not sure.

“There are about as many opinions on marijuana as there are ways to consume it,” said Scott McConnell, executive director of Lifeway Research. “When asked about legalizing all such uses, the majority of pastors are strongly opposed.”

Reflecting the state laws in their respective regions, pastors in the Northeast (24 percent) are more likely to support legalization than those in the South (16 percent). 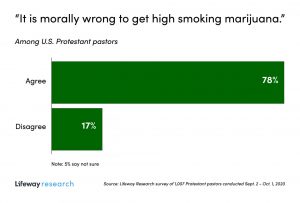 Todd Miles, author of the upcoming B&H book, “Cannabis and the Christian,” said the contrast between pastoral support and public approval should be a warning for pastors. According to an April 2021 Pew Research Center survey, 91 percent of Americans favor some type of legalization, with 60 percent supporting making marijuana legal for both medical and recreational use.

“The fact that only 18 percent of pastors support legalizations shows the influence of the clergy in America is not as strong as it once was,” Miles said.

Miles maintains pastors should be prepared for the coming cultural changes.

“All indications are that public desire for legalization of marijuana is growing rapidly,” he said. “The church must be ready to minister in that context.”

Low support for getting high

Few pastors see nothing wrong with smoking marijuana to get high. Closely matching legalization percentages, almost 4 in 5 Protestant pastors (78 percent) agree that getting high smoking marijuana is morally wrong, 17 percent disagree, and 5 percent are not sure.

“Cultural stigmas around smoking a joint have diminished, but most pastors still say it crosses a moral line,” McConnell said. “While some may connect this prohibition to state laws that still forbid this use, it is clear from their views on legalization that pastors see moral problems with getting high beyond simply disobeying government authorities.”

Evangelical pastors are almost twice as likely as mainline pastors to see smoking marijuana to get high as morally wrong (89 percent to 47 percent). Denominationally, Pentecostals (97 percent) and Baptists (92 percent) are more likely to see it as immoral than Restorationist movement (74 percent), Methodist (66 percent), Lutheran (63 percent) and Presbyterian/Reformed pastors (57 percent).

The percentage of pastors who view getting high from marijuana as sinful is less than the percentage in a previous study who say the same about getting drunk.

In both studies, respondents tended to draw distinctions between drinking and getting drunk. Few pastors and churchgoers believe Scripture indicates people should never drink alcohol.

“While marijuana and many other narcotics are not mentioned in the Bible, getting drunk to the point of triggering hallucinations is,” McConnell said. “There is consistent rebuke throughout Scripture for using alcohol to the point of losing control of your words and actions that pastors reflect in their reactions to marijuana today.”

Miles said he often interacts with “pastors who do not think the issue of marijuana use is relevant to the people of their congregation.” Regardless of their perceptions, he said pastors will be faced with the issue at some point.

“If recreational and medical marijuana are not currently legal in your home state, they soon will be,” Miles said. “Relying on the laws as the basis for your convictions on the wisdom of marijuana use is increasingly becoming less and less of an option.”

For more information, view the complete report or visit LifewayResearch.com.

Each survey was completed by the senior or sole pastor or a minister at the church. Responses were weighted by region and church size to reflect the population more accurately. The completed sample is 1,007 surveys (502 by phone, 505 online). The sample provides 95 percent confidence that the sampling error does not exceed plus or minus 3.4 percent. This margin of error accounts for the effect of weighting. Margins of error are higher in sub-groups.