‘More than gold’ Parents of Olympian pray for, cheer on daughter 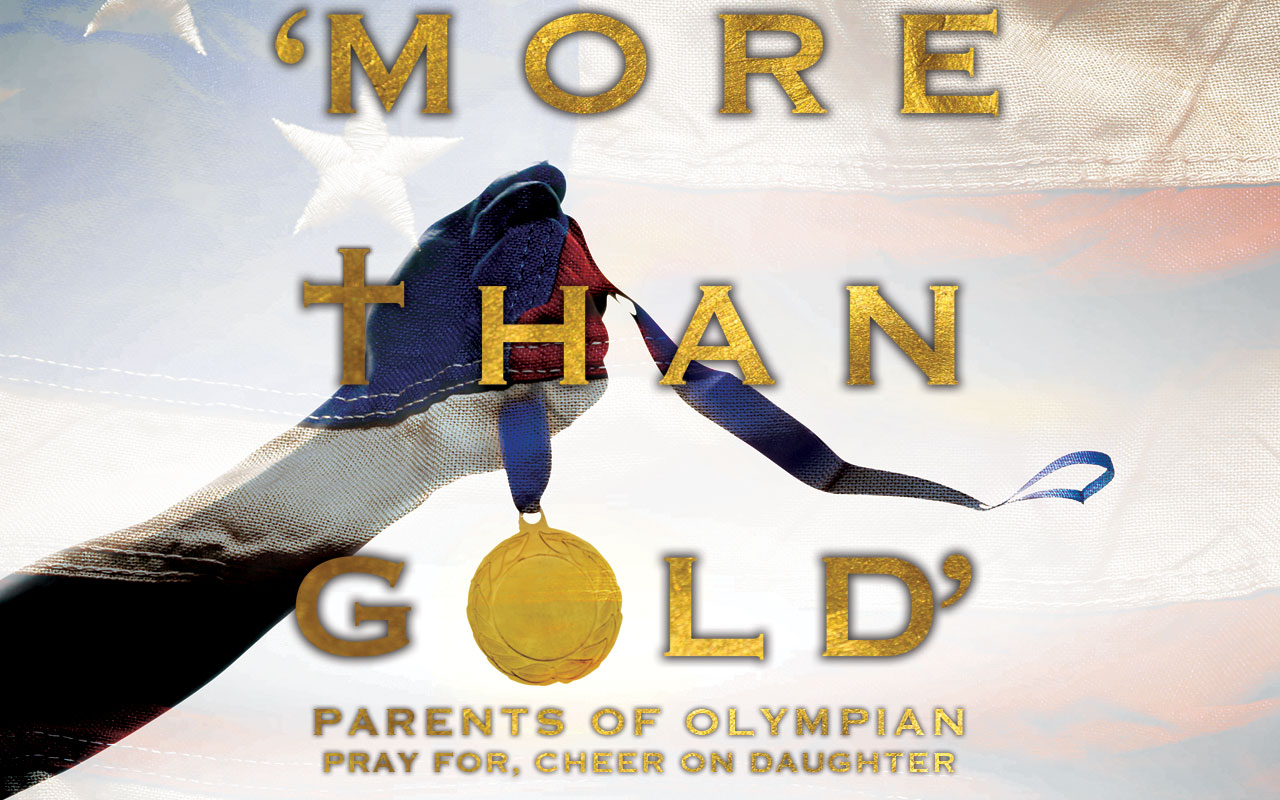 STILLWATER—Many parents say they are proud of their children. Bruce and Janet Barringer would not be different, as they beam when asked about their three children. Ask the Barringers about their daughter Jenny Simpson, and they would be happy to discuss how she will be making her third appearance in the Olympics, running in the 1500m next month.

Their son, John, is the oldest. He is currently an associate pastor at a church in Orlando. Their daughter, Emily, is the youngest, and is in active duty in the U.S. Army.

After finishing first in the 1500m at the U.S. Olympic Trials, Jenny will be heading to Rio for her third trip to the Olympics, and Bruce and Janet will be there in person to support her.

The Barringers raised their children in Florida, as Bruce was a professor at the University of Central Florida. Their home was the one where all the kids would hang out. Janet said unless they were out of town, the front door was always unlocked.

“We were careful who would influence our children,” said Janet. “They were involved in church activities as well as school activities, but we knew who was having influence on them no matter where they were. We made sure they had the same moral compass that we did.”

Bruce and Janet will say they were careful of their influence on Jenny. They made sure they would support her and provide proper encouragement, and when Jenny found her niche for running they were there to cheer her on.

Jenny was introduced to racing when her third grade teacher got her involved in a track club. She started running more competitively in middle school and became a dominant runner in high school, never losing a race in more than three years.

Heavily recruited by many colleges, Jenny went to the University of Colorado. In her freshman year she won the NCAA Championship in the steeplechase. As a junior, she became the third American ever to run the 1500m under four minutes. Bruce recalls this race.

“That was really a transformative event in her career,” he said. “She transitioned from being an exciting runner to being seen as one of the future leaders of distance running for the United States.”

Bruce and Janet have seen Jenny handle her success well. They know she has been a great role model and never shies away from public speaking.

Ministry also is an emphasis for Bruce and Janet. No longer in Florida, they moved to Stillwater as empty nesters. Bruce now serves as the department head for Oklahoma State University’s School of Entrepreneurship.

As active members at Stillwater, Eagle Heights, they host college students at their home once a month during the school year. Janet is involved in women’s ministry, and Bruce teaches a small group Bible study. They also will tell you their ministry involves praying for Jenny when she competes.

“Our role is basically just encouragement,” Bruce said. “She has one of the best coaches in the world. We never interfere with coaching. Never second guess ‘Why did you do this?’ We don’t want to plant any seeds of doubt in her mind.”

But praying for her is constant.

“I pray a prayer for her that has never changed,” said Janet. “Her racing is a God-given talent and has been bathed in prayer ever since the beginning.”

“One of my proudest moments was when she ran in the finals in the 2008 Olympics,” Bruce said. “About 40 minutes before the race, I got a text from her saying ‘I feel your prayers.’”

Jenny’s story is told in a YouTube video titled “More Than Gold.” She provides further information on her track career on her website www.trackjenny.com. She will be competing in the 2016 Olympics on Aug. 12, 14 and 16.

Tune in to see Jenny run, and join Bruce and Janet in lifting her up in prayer.