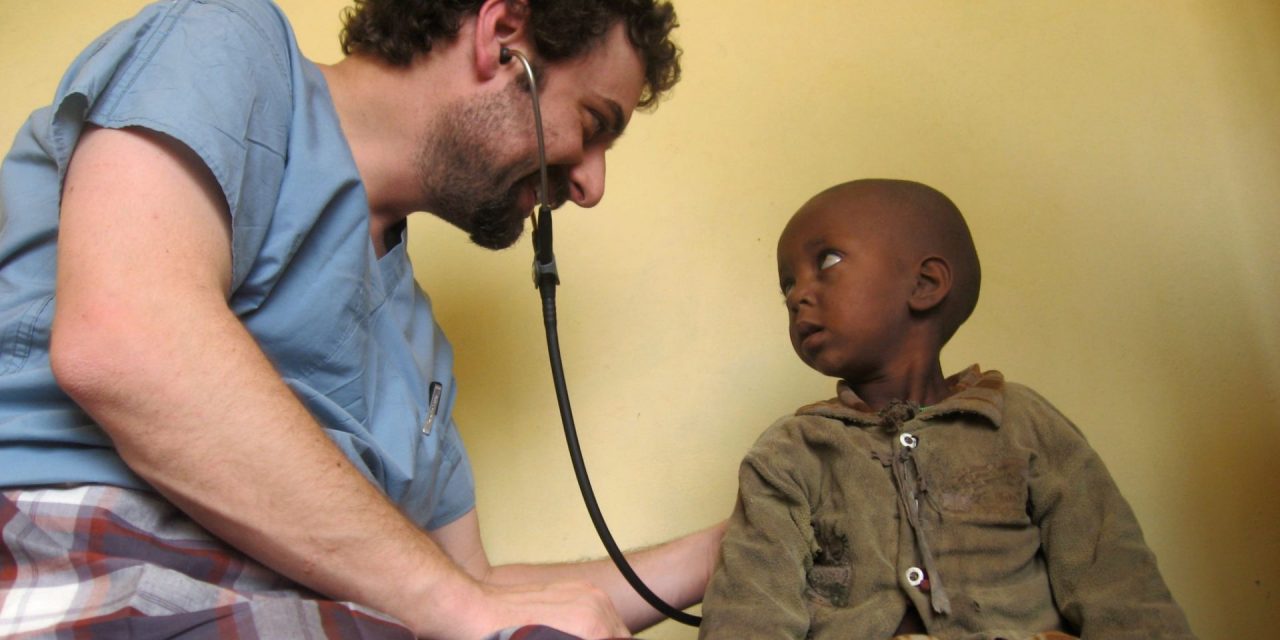 NEW ALBANY, Miss. (BP)—Justin Lohmeier had no idea how valuable his skills as a healthcare professional could be when he was first presented the opportunity to volunteer overseas with the International Mission Board (IMB). 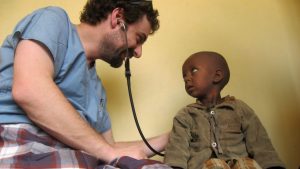 Justin Lohmeier attends to a patient while in an IMB medical mission trip.

Lohmeier said growing up in church, he loved reading and hearing stories about IMB missionaries, especially during the Lottie Moon Christmas Offering season. While he admired missionaries, he never thought of himself as someone who would serve in that capacity.

“What would they need from somebody like me?” he asked.

In 2009, Lohmeier was approached by a missions pastor who asked if he was interested in traveling to Kargi, Kenya, to serve on a medical team. After much prayer, Lohmeier realized all God required of him was the obedience to go. It was on this trip to Kenya that God began to mold and shape his desires to volunteer overseas, Lohmeier said.

As a diagnostic and interventional radiologist, Lohmeier is specially trained on machinery such as ultrasound machines. In 2011, he attended the IMB’s MedAdvance conference in Dallas. There he learned of specific needs for medical volunteers, one of them being someone trained to use an ultrasound machine.

“That was a very specific need that I could do,” he said. “I stepped out in faith and answered the call to go and train doctors in Tanzania on how to use this ultrasound machine.”

Lohmeier, a member of New Albany, Miss., Hillcrest, has been on more than 20 trips. He has traveled to countries in Africa, the Middle East, Southeast Asia, Central Asia and Central America. Not only does Lohmeier use his professional skills to minister to the medical needs of nationals in the countries he visits, but he also takes care of the medical needs of IMB missionaries on the field.

One of Lohmeier’s favorite stories from his trips happened in the Middle East. While there in 2015, Lohmeier and the IMB team he served alongside worked with refugees. He was overwhelmed by the great need, but he said he felt honored to partner with the IMB to meet those needs.

The IMB team and Lohmeier attended to patients in schools, soccer fields and underground parking garages. As they were handing out blankets for the upcoming winter, Lohmeier said the refugees told the team they knew the Baptists loved them because they always brought the highest quality blankets and coats.

“To this day, there is a thriving Baptist church in that area,” Lohmeier said.

Lohmeier is eager to travel and serve overseas again when COVID-19 travel restrictions lift. He encourages anyone in the medical field to consider how they can use their specific skills to serve on mission.

“Do not wait,” he said. “It is so rewarding to work with our co-laborers, especially when there is a current demand in specific medical strategies. We just need to be obedient and act on faith using biblical principles and our God given talents.”