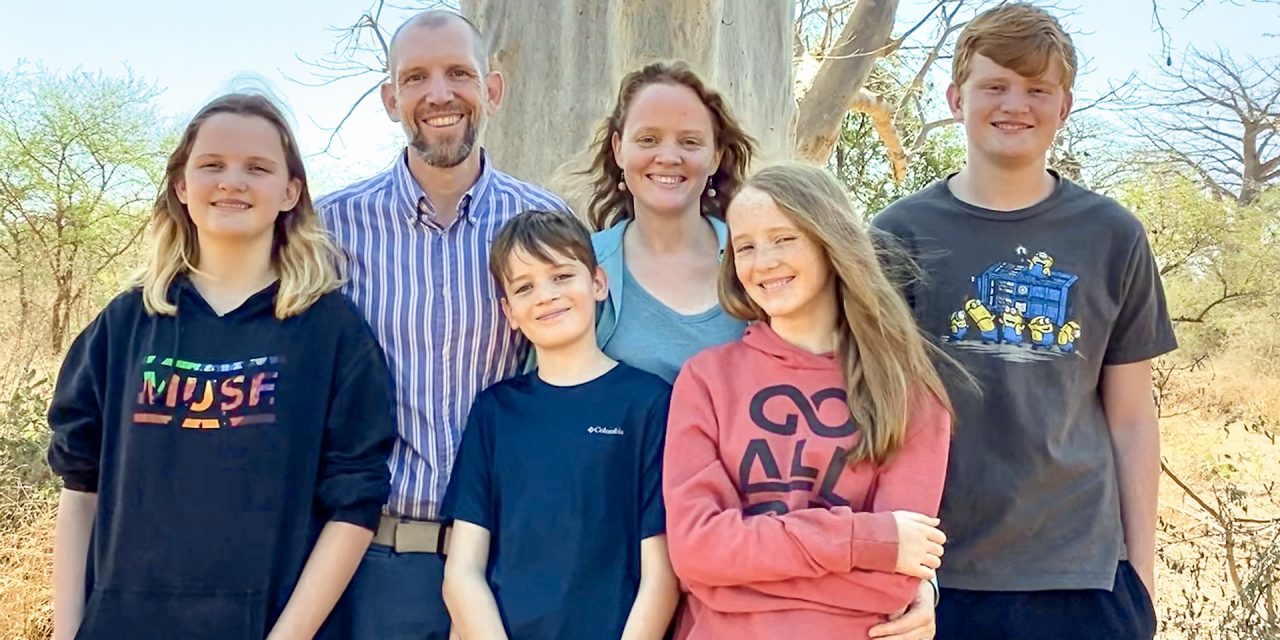 Oklahoma natives Wesley and Emily Smyth* are raising their four children to understand that the Christian life is supposed to be active, self-giving and about glorifying God and serving others. 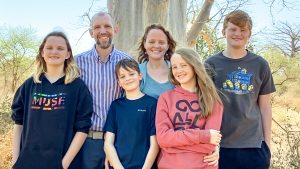 Wesley* and Emily* Smyth with their four children — John*, Charlotte*, Ginny* and Samuel*.

“The children have an idea of purpose,” Emily explained. “We’re not saved to just absorb, be fed and have programs that cater to our needs. Being a Christian means serving the body of Christ and those without Him.”

The Smyths have taught their kids this truth by example. Now associate area directors for Send Relief in West Africa, the couple has spent their entire ministry pouring into people in various parts of West Africa.

In fact, each of their four children were born in different countries. John (almost 17) was born in the United States right as the couple finished up college. Immediately after college, they were called to serve in Niger, where Charlotte (15) was born. Ginny (13) was born in Senegal because of access to better medical care. Samuel (11) was born in Burkina Faso, the country where the family lived the longest.

Although God clearly called and prepared both Wesley and Emily for missions, neither grew up overseas. Choosing to bring their baby boy to the desert of Niger and continue growing their family while overseas was a scary decision, they explained. 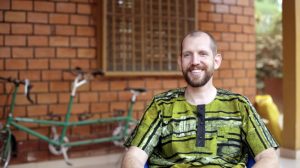 Wesley Smyth in traditional West African dress during an interview.

“When we met in college, we were all about missions; I was just feeling really fearless,” Emily recounted. When Wesley suggested they try missions before seminary, “my heart sank. I’m about to have a baby. Why would I leave the country? Why would I leave my mom when I don’t know what I’m doing?

“There was a moment you thought you had surrendered everything, but then you realize that you really haven’t.”

Even as the couple took baby John overseas, moments of doubt still lingered. Those moments turned into “time to just hit the floor and pray for help,” she shared.

Having three babies without the comforts of western medicine proved a challenge. Charlotte was delivered breech and not even six pounds. Emily had contracted malaria, leading to placental malaria, one of the leading causes of infant mortality in their area.

But six months into their time in Niger, they knew that’s where God had called them. As long as He’d let them stay, they were committed to the people of West Africa and the family they had made in their communities there.

Wesley had a memorable moment of surrender when little Ginny had the croup year after year.

“There are a couple of times I can remember holding her as she just went limp in my arms,” Wesley said. “Her lips and fingertips turned blue, and her breath started to fade. We’d done everything that we could. So we just prayed.

“Learning to pray those prayers is not easy,” he added, but the couple agreed that God used opportunities like that to help them grow. They’re thankful God spared her life and she’s now an active 13-year-old with a palpable love for the Lord.

While Emily was at home in the heat with the kids Wesley was “out saving the world,” Emily said of those first few years. That was a challenge for her, but God let the Smyths reap a lot of fruit while serving in Niger. It wasn’t until they moved to serve in Burkina Faso where they learned to “plow hard ground” in their ministry.

However, they’re thankful for their time in Burkina Faso and the opportunity they have now to equip national believers through Send Relief. In addition, they’re part of an international church in Senegal. It’s meeting in their living room right now, due to COVID-19.

Each Sunday the kids help prepare the house for church, set up, do sound check, run the presentation and sometimes play instruments. Up to nine different nationalities gather for service. Then the kids help put everything back away.

Not only does this reinforce to the children the importance of serving God’s people, it also shows them the value of multiculturalism—another thing the Smyth children are learning at a young age from the willingness of their parents to sacrifice comfort to raise their family on the mission field.