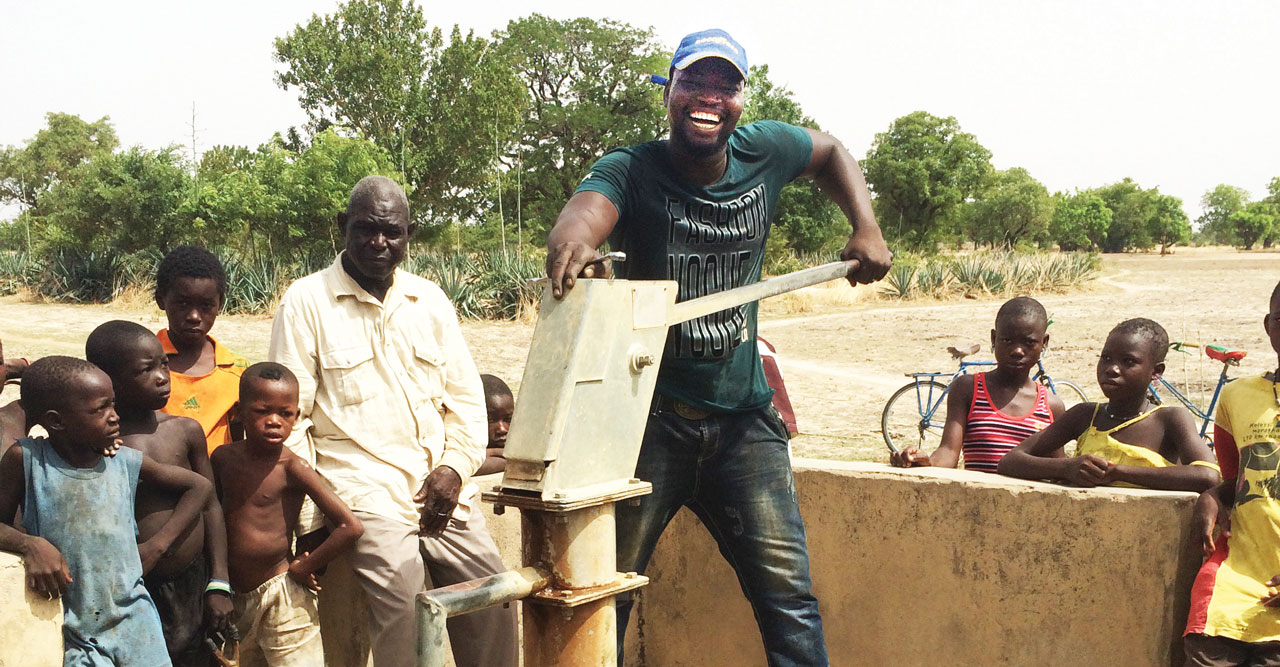 Since the year they exchanged their vows, Shadrach and his wife hit the ground running when it comes to their life as missionaries in Africa.

Just a year after they married they had their first child, and in their second year of marriage, they moved their family to Africa.

Shadrach said that he and his wife told themselves that they could do anything for just two years, the required time needed for the position  about which they were praying. 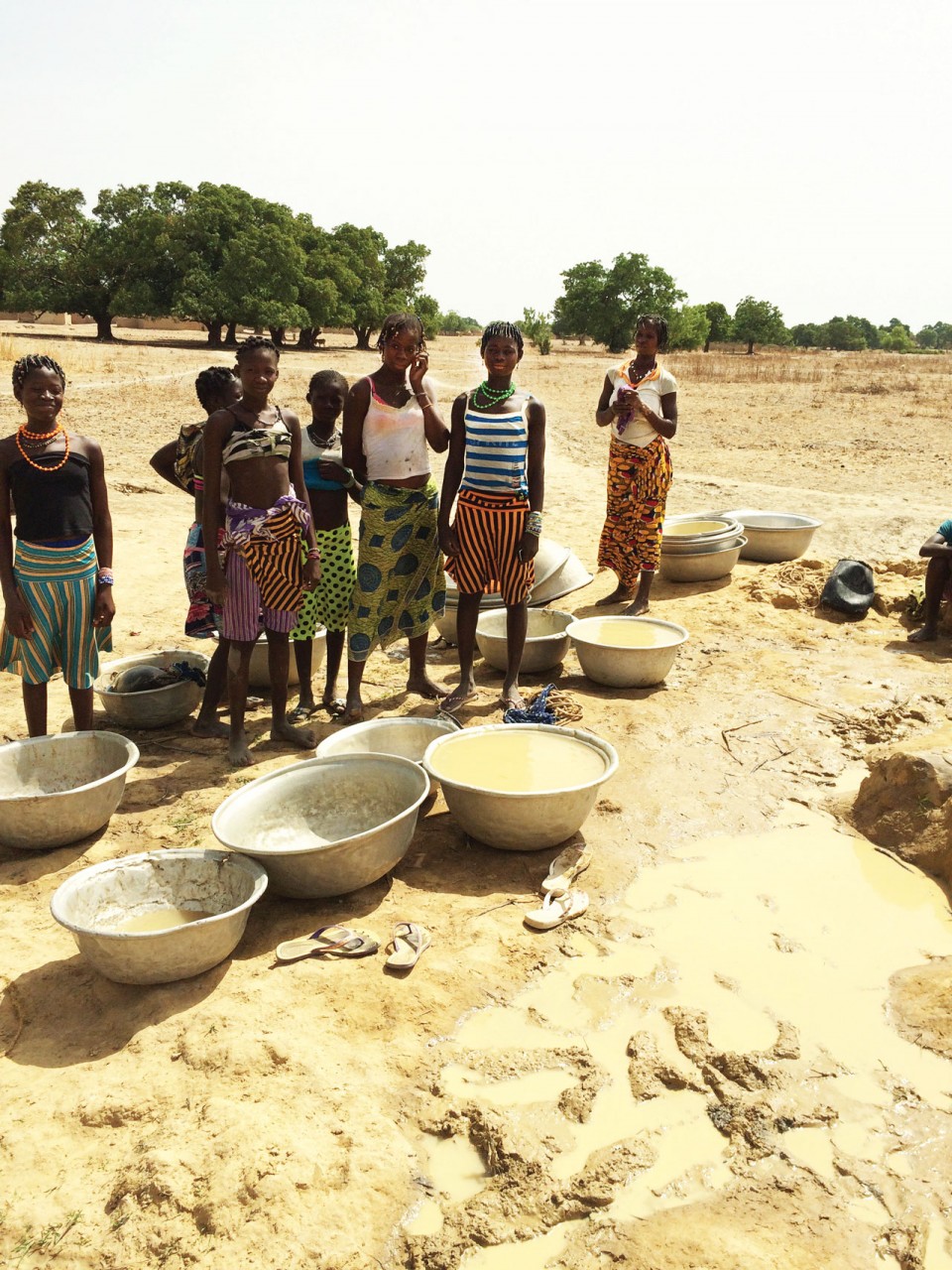 Now, 13 years later, the number of stories the couple and their now four children have of God’s miraculous work, heart break, victories, defeats and life-change could fill the pages of an epic novel-styled biography.

“We didn’t necessarily feel called to Africa specifically, but we knew that God was calling us to serve Him in any capacity,” Shadrach said. “God made it really clear that He wanted us to seek out international service. It was really challenging because everything that we had imagined for ourselves was falling apart. But the constant calling that remained was a position as missionaries in a remote part of Africa.”

The position was one related to music, which Shadrach admits was more his wife’s specialty than his own. The people group they would serve did need help musically, but what the two missionaries soon learned was that the root of their problems lay with the severe lack of understanding of God’s Word.

This was one of the first challenges the couple and their young family faced, and the Lord provided in a big way. Shadrach and his wife began to develop relationships with local pastors and ethnic groups that were believers who spoke different languages and dialects.

They recorded their testimonies and formed a small committee that would help to translate an outdated translation of the Bible that the community had trouble reading.

“We started by working through the Gospels and Acts and Galatians, and as we moved through those books, the Lord opened doors to have a group called ‘Faith Comes by Hearing’ come in and do the entire New Testament,” Shadrach said. 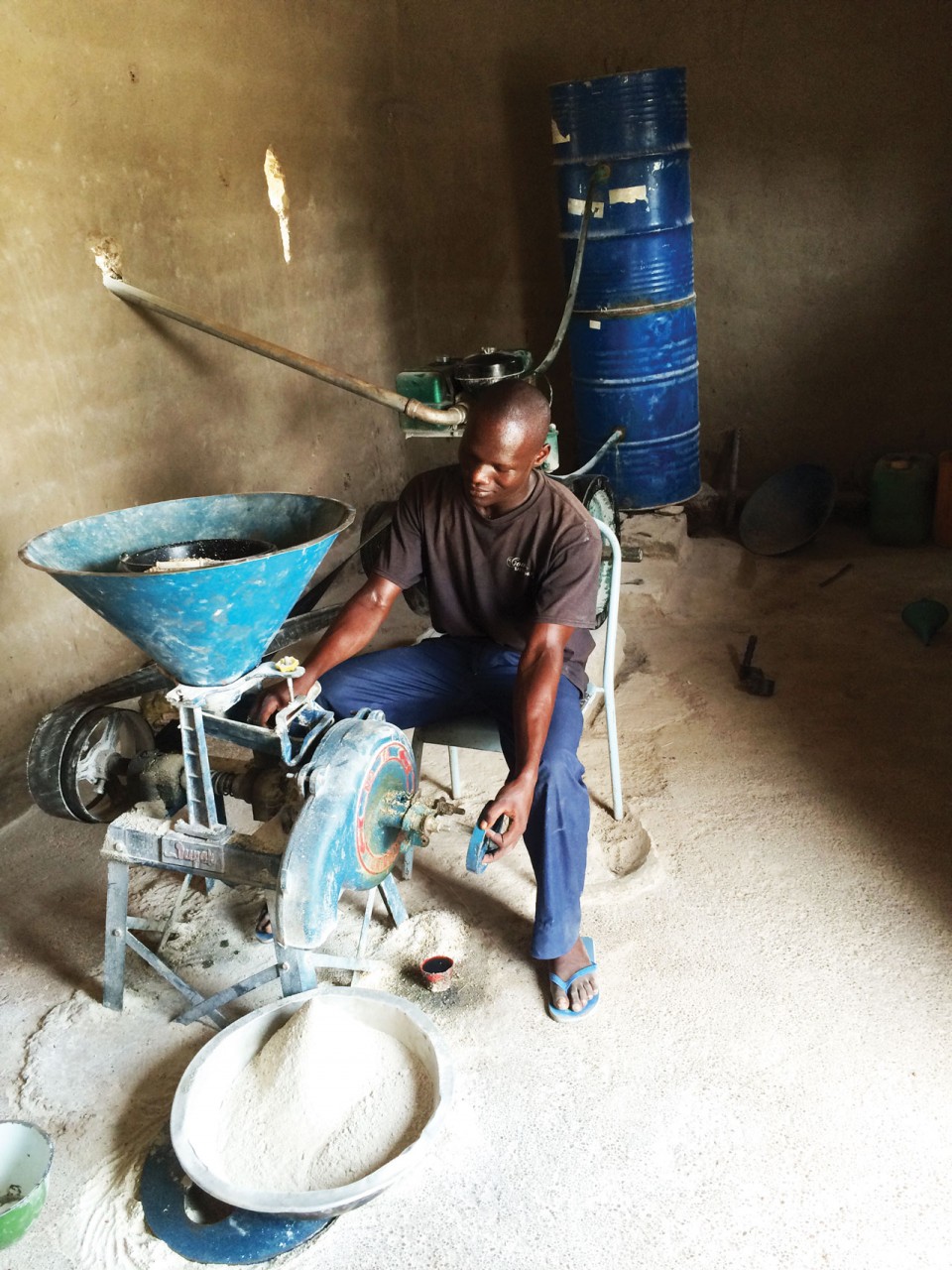 A man operates the “grist mill” that has met the need of the area where Shadrach and his family previously served.

Within a year, the entire Bible was updated in the native language of the area in which Shadrach and his wife served with their children.

This was just one way the Lord had used Shadrach and his family, who are supported through the Cooperative Program, to further His kingdom, specifically in Africa. There have been times in the predominately Muslim country that their job as missionaries was not an easy one.

Since the birth of their first child, Shadrach and his wife have had three additional children, all born in Africa.

One child had an especially difficult delivery due to the remote location of the family, being born breech and not breathing. “It could have been one of those situations where everyone, both the baby and my wife died, but the Lord really watched over our family during that time,” Shadrach said.

Shadrach has gone to especially dangerous places, where Christians are persecuted daily for their faith, but it hasn’t stopped him. In one area where the population was more than a million, there were only 12 believers a part of a local Baptist church.

Previously where their family was located, they had the privilege of seeing hundreds make professions of faith in Christ. However, in their new home, “In four years in our direct work we only saw six people come to know Christ,” Shadrach said.

“To have the experience of working difficult soil was a huge blessing. It kept us humble and reminded us that when someone chooses to follow Christ, to give themselves to God, it is a miraculous thing and should not be taken lightly.”

Then a famine struck the area in which they were serving. This is when Shadrach and the organization by which he and his family are employed stepped in and offered relief. Through a program, those who were starving could receive food, as well as hear Bible stories.

Shadrach said the people who came for the food were mostly women and teenagers, who are more often receptive to hearing the Good News. People began to make professions of faith in Christ as their physical needs were met.

“If you preach the Gospel to someone, and it’s a death sentence for them, should you still do it?” Shadrach said this was a question he and his family had to answer often in the mission field. 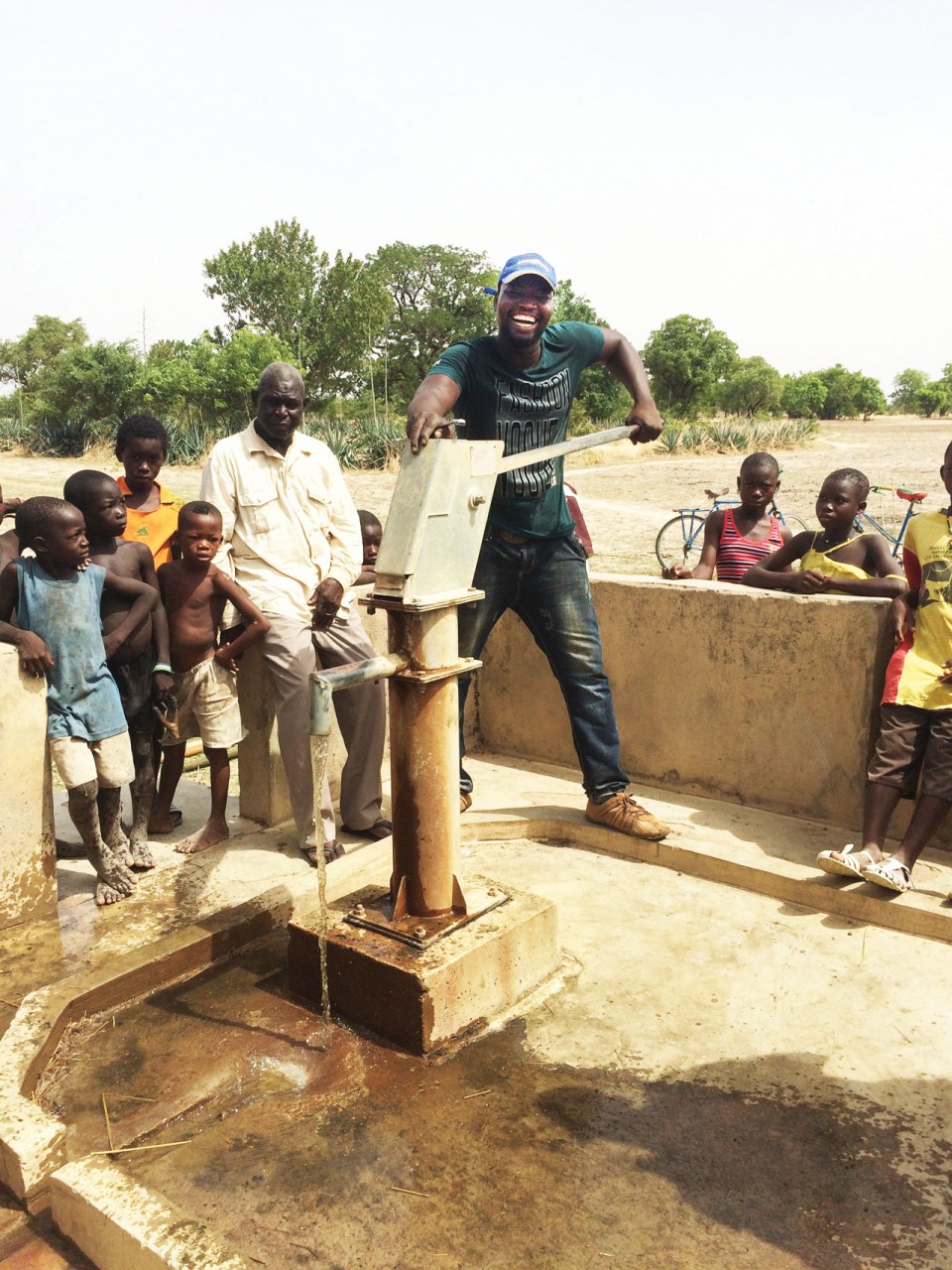 People from a village in Africa smile as they are able to pump clean water in their new well provided by faithful Southern Baptist cooperative giving.

This is when the mission organization and Shadrach helped to incorporate programs that taught basic life skills, like learning a trade, into the lives of the local believers. This provided opportunities for the people to become self-sufficient and have a place to belong.

“Thanks to Southern Baptists cooperative giving, a seven-month feeding program was developed. Work was done through the local church. We didn’t just help church members; we helped people in various Christian groups and saw a thousand people engage in local churches,”  Shadrach said.

In another area, Shadrach and the mission organization with which he is employed dug a well for a rural area so desperate for water that women would sleep at the muddy water well just for enough dirty water to bring back to their families.

“In this setting, we had a young missionary sharing and proclaiming the Gospel, training and teaching these women and youth to tell Bible stories and tell people about God’s love, but they’re living in fear of no water,” Shadrach said.

“After we planted the first well, people from villages five kilometers away were coming to get water, suddenly making this water source insufficient, because it was supporting 4,000 people instead of the intended 500 people.”

So a second well was dug. Long-term, this mission project produced five well projects and three additional grain mill projects and has met the needs of the area in such a way that 120 people have made professions of faith in Christ, and 12 young men have been sent to Bible school through the funds the projects have provided.

“It’s nothing I’ve done, it’s nothing my family has done, it’s all because of Jesus that these things have been accomplished,” Shadrach said.

Due to heightening tensions in the region that Shadrach and his family were serving, they quickly returned to the United States with no more than three months of warning this past December.

The Lord opened many doors to make their stateside transition a smooth one. A mission home through Oklahoma City, Village, that Shadrach had reserved for his family for 2019, suddenly became open for the duration of the time his family would need.

A man from the church contacted Shadrach’s father, saying the church had a van that the family could drive while they were home—all of these arrangements taking place over the course of three days. Shadrach’s family stood amazed.

Now, as Shadrach and his family are on home assignment, they eagerly await where the Lord will send them next as they say “yes” as they have time and time again to His plan for their lives, to “go and make disciples of all nations, baptizing them in the name of the Father and of the Son and of the Holy Spirit” (Matt. 28:19).