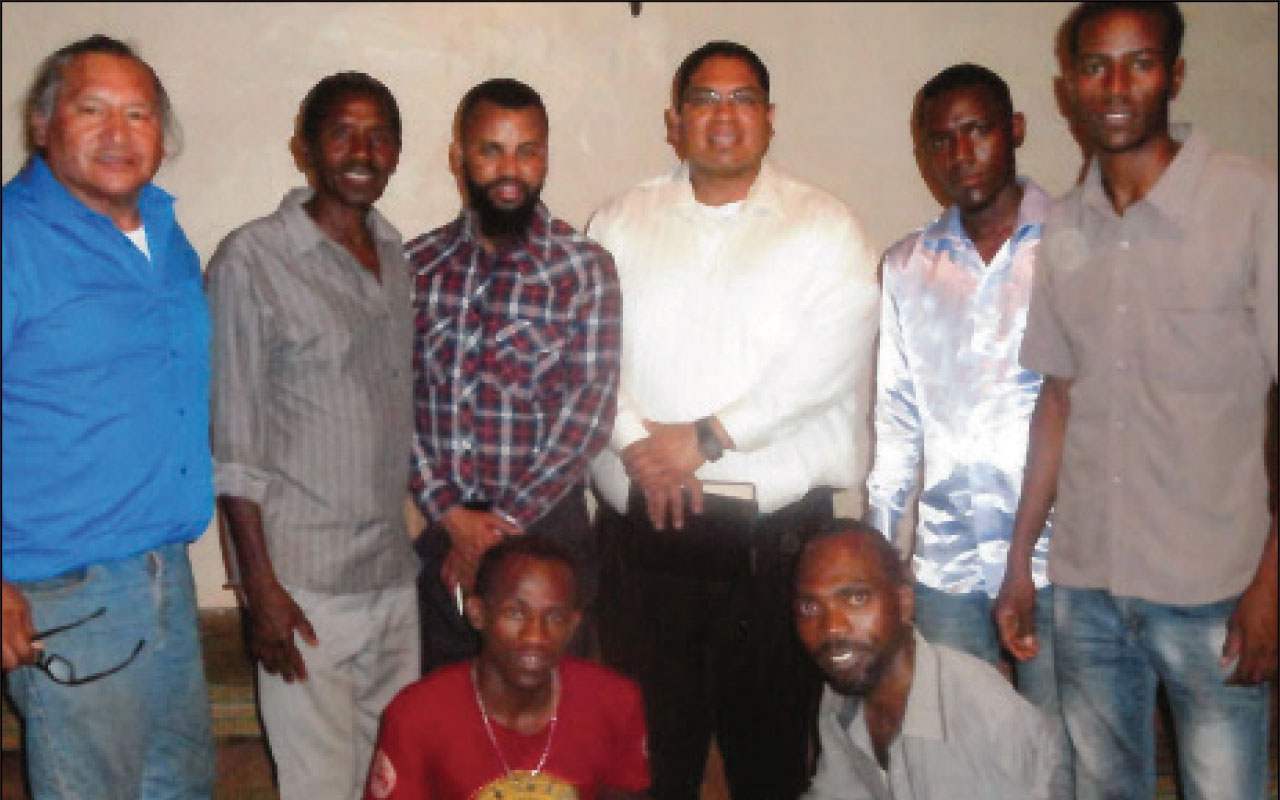 Tommy Meely’s profession was a bouncer at a night club at the time he made a profession of faith and surrendered his life to Christ. Two years later, he committed his life to serve in ministry.

As he was praying for God to give him direction on what to do, Meely believed God was calling him to go to Africa. On three separate occasions during his prayer time, Africa would be heavy on his mind.

Two and half years ago, Meely embraced his calling to ministry and enrolled in Robert Haskins School of Christian Mininstry classes. At Meely’s first class he met a gentleman named Robert Sale who said he was from Africa.

“My eyes got big. My heart started pounding,” said Meely, recalling emotions and how God wanted him to go to Africa. He believed meeting Sale affirmed God’s calling.

Meely and Sale became friends as they continued their classes. During one conversation, Sale was telling Meely about a visit he made back to Africa. One reason Sale enrolled was to learn more about the Bible to share with his people group in Africa. In the conversation, Meely told Sale he would like to go with him when he returned to his homeland.

Sale was excited to hear Meely was willing to share the Gospel with his native people. Beginning last October, a trip was planned, which also included Robert Taylor, a member of Ardmore, Durwood, to be part of the team. God blessed this team by moving through many churches, including Meely’s church, Weatherford, Indian Community, and Sale’s church, Oklahoma City, All Nations, to support the team.

The three travelled to Africa in March and had a three-day revival with the Shimalba people. Meely said 45-50 people came the first night with larger crowds coming the following nights. A young man made a profession of faith Muelley, and another surrendered to the ministry, Jabonie.

“They were very receptive. It was a joyful time,” he said about the revival at the church in the Nekale village.

Something else Meely mentioned is this was the first time the Shimalba people encountered a Native American. Though some of his family members were apprehensive of Meely traveling overseas, he was convinced this is what God wanted him to do.

Meely helped the Shimalba people understand more of Native American culture. He said all they knew about Native Americans is what was portrayed in old Western movies.

He also hopes to encourage other Native Americans and other ethnic groups to be involved in mission trips.

“Many times we segregate ourselves,” he said. “Whenever we do that, we hinder reaching out.” He referred to Jesus reaching out to the Samaritan woman at the well and how He crossed barriers in order to share the Gospel.

“God gave us the command to go to all nations,” Meely said. He plans to go back to Africa someday and hopefully have others join him.