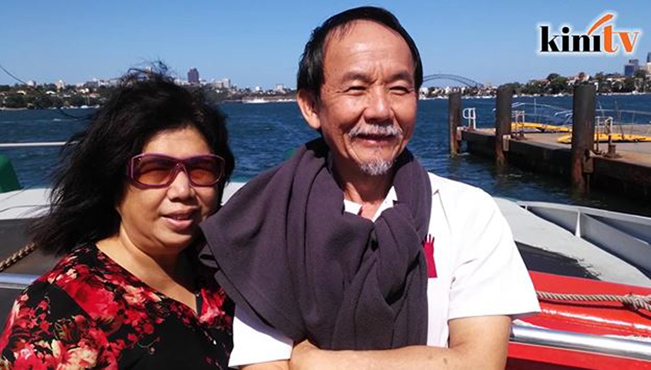 The family of 63-year-old Raymond Koh — who was abducted in February 2017 in Kuala Lumpur — hopes he is still alive and that the Malaysian government investigates the matter further, a Nashville-area pastor and family friend told Baptist Press.

Koh’s wife Susanna and their three adult children “are just glad that this investigation has really proved what they already knew: that there was police involvement in this forced disappearance of Pastor Raymond,” said Greg Wilton, missions pastor at Long Hollow Baptist Church in Hendersonville, Tenn. “… Now they are very hopeful there will be some legitimate investigation and hopefully even &#91;taking&#93; to trail of some key figures that have been a part of this.”

Both men allegedly were suspected of attempting to spread religions other than the government-authorized Sunni Islam faith. Both also allegedly were abducted by masked men driving four-wheel-drive vehicles that overtook their cars and blocked them.

Prime Minister Mahathir Mohamad said the government will reinvestigate both disappearances if the human rights commission can produce evidence to support its claims, the Associated Press reported. The prime minister, who was elected in 2018, noted both disappearances occurred under a previous government.

The former home minister, who oversaw police, has denied ordering the police to abduct Koh or Amri. The former national police chief denied the special branch was involved, according to AP. Still, the retired judge who headed the three-member investigating commission said the evidence of police involvement is “heinous and despicable.”

Susanna “just wants to know if she’s a widow,” Wilton said, adding there is “a lot of red tape to navigate” related to the disappearance.

Malaysia’s 32 million residents are 61 percent Muslim, according to the CIA’s World Factbook. Morning Star News, which reports on Christian persecution worldwide, says “hard-line Islamist influences” seem to be growing in Malaysia, and state governments have fined or imprisoned Muslims for trying to convert from Islam.

The Malaysian human rights commission also hopes to investigate the 2016 disappearances of Christian preachers and former Muslims Joshua and Ruth Hilmi, according to media reports.

Koh was “a mighty servant of the Lord who did everything for the Lord Jesus,” Wilton said. The family covets believers’ prayers and knows “nothing will separate them from the love of Christ.”

Wilton is praying “that God would advance the Kingdom through the suffering of the saints there and even through the &#91;potential&#93; martyrdom of a saint over there.”