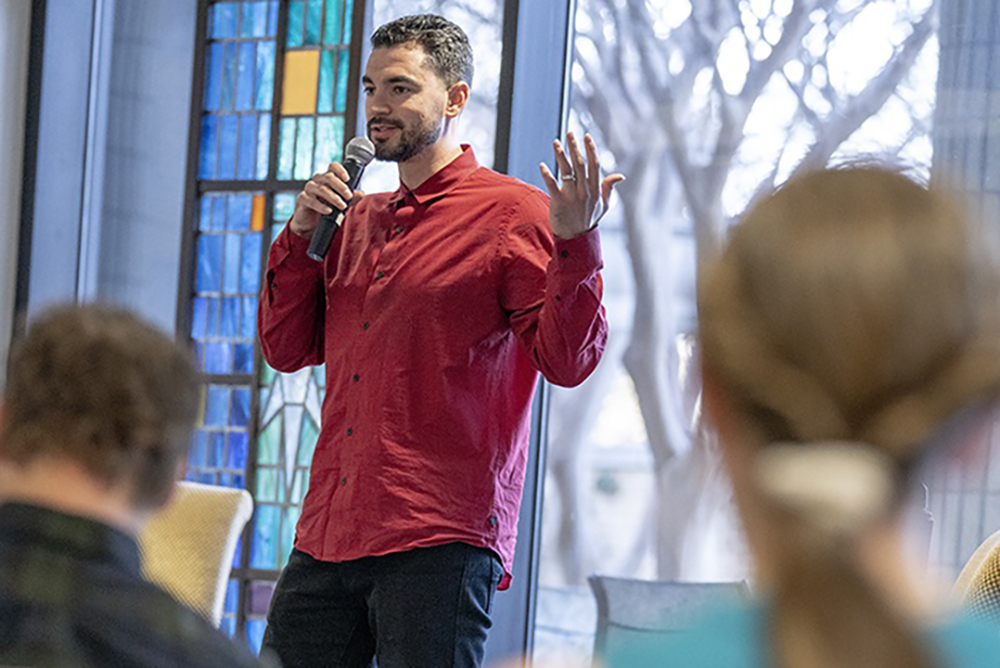 Preaching on “the legacy of God” from Ephesians 3:20-21 during chapel, Ratner underscored the legacy that God has handed down — that He is able and is with His people. 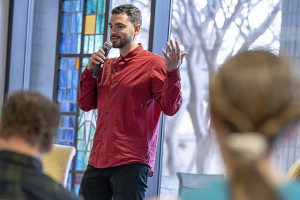 “When it comes to church planting, we need to stop having the ‘Woe is me’ mentality and stop thinking our cities are too hard and too tough,” Ratner said.

Noting that church planters often are discouraged by statistics of lostness in their respective areas, Ratner said, “We need to be speaking back to the statistics: ‘I get it; I see it — it’s a tough place. But I’m going with the God who is able.'”

Ratner is the planter/pastor of WALK Church in Las Vegas where he and his wife Neena live with their two sons. The church began as a Bible study in 2008, and just two days before Ratner spoke in chapel March 26, the church baptized its 91st person. “I’m excited about that because I know He is able to do more,” Ratner said.

Such fruit is not ultimately a result of his efforts, Ratner said. “I am not confident in myself at all,” he said. “I’m messing up every day. There’s a reason why Jesus says deny yourself every day. Because the more we can deny ourselves, the more He can do more, the more He can live in and through us and do abundantly beyond all that we can ask or think.

Ratner spoke about the school in which his church meets. In June 2016 in order to serve the school, WALK Church hosted a luncheon for the teachers, one of whom commented to the principal how grateful she was that such an event could take place. The principal then said to Ratner, “When can you do this again?”

WALK Church has hosted a luncheon for the teachers every month since. In addition, the teacher who first commented to the principal has since been baptized into the church.

“God was there, and we were able to see her get saved, and then she began to invite her family,” Ratner said. “She invited her husband; her husband came. And we got to baptize his son.

“My point is, I wasn’t sure what God could do at the school, but God did. … If anything, I’m a servant here to remind you that God is able to do more than all that we ask or think.”

Southwestern offers a master of divinity with a concentration in North American church planting, which equips students to begin and develop effective churches in the many contexts of North America.