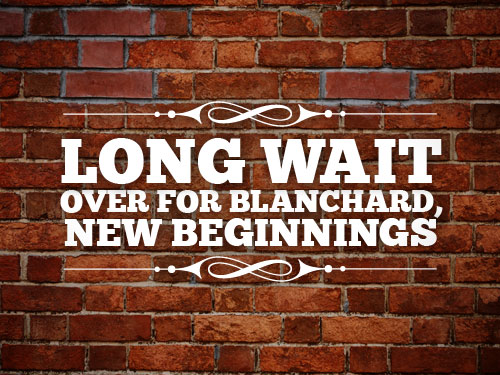 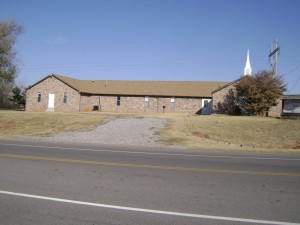 Special to the Baptist Messenger

BLANCHARD—With the help of the Baptist Foundation providing the loan and paving the way through all the legalities, God’s blessings have poured upon a local church.

Blanchard, New Beginnings began as a Bible study in the home of Michael and Kristi Sturgell in August 2005. For the next two years the Bible study grew slowly, averaging between 12-16 attending.

In 2007, the Bible study members felt God calling them to form into a church.

The group had only been meeting on Sunday evenings because the Sturgells were asked to lead in worship services at the Rivermont Gardens and Trails in Norman. So, it wasn’t until October of 2008 that the church began having Sunday morning services, and in May 2009 having Wednesday service the first week of each month.

“The road was very long, discouraging and difficult, though,” Michael said. “After nearly five years, weariness and discouragement set in; and in July 2010 the church called a special meeting to discuss whether or not to disband. However, thanks to some encouraging words from a semi-retired gentleman and his wife, stating that the church was very important to them and how they wanted the church to stay together, the 10 active families kept meeting and praying for some land to place a building.”

Over the next two years the church continued to grow slowly and added two more regularly attending families. In August 2012, the congregation learned about a church building for sale within a 10-minute drive of where they were meeting, and two months later, voted to purchase the building after negotiating the cost. 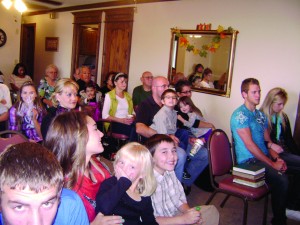 Members of Blanchard, New Beginnings met in a house church before meeting in their new building on State Hwy 39.

New Beginnings contacted the Baptist Foundation of Oklahoma (BFO), and with their help and guidance, started a three-month process to work through the legalities of getting the title cleared. During that time the church signed a lease agreement, and was able to move into the building on the Sunday before Christmas.

“Interestingly, the number 8 is symbolic of a ‘new beginning;’ and, after 88 months in a home, Christmas of 2012 was extra special for New Beginnings!” Michael said.

Then came the Easter miracle, he added. The title to the building was cleared on March 14. After the proper paperwork was finalized and the judge signed off, the meeting for the closing was scheduled. The church met with BFO representatives at the Washita Valley Abstract Company in Chickasha to close on the loan a few days before Easter, making the first service on Easter Sunday in their new church home.

The Sturgells encourage others whom God has led to start a church to not give up.

“Just wait on God’s amazing timing! In God’s proper time, He will bring it to pass, and it will renew your congregation’s strength,” Michael said, quoting Isa. 40:31, “But they that wait upon the LORD shall renew their strength; they shall mount up with wings as eagles; they shall run, and not be weary; and they shall walk, and not faint” (KJV).

“Our church thanks the Baptist Foundation for guiding this process legally and providing the church with the loan and a home to call our own,” Michael said. “Since we moved into the building, the church has added several new families, with several others attending. New Beginnings is located on State Hwy. 39, 10 minutes east of Chickasha and six minutes west of Dibble.