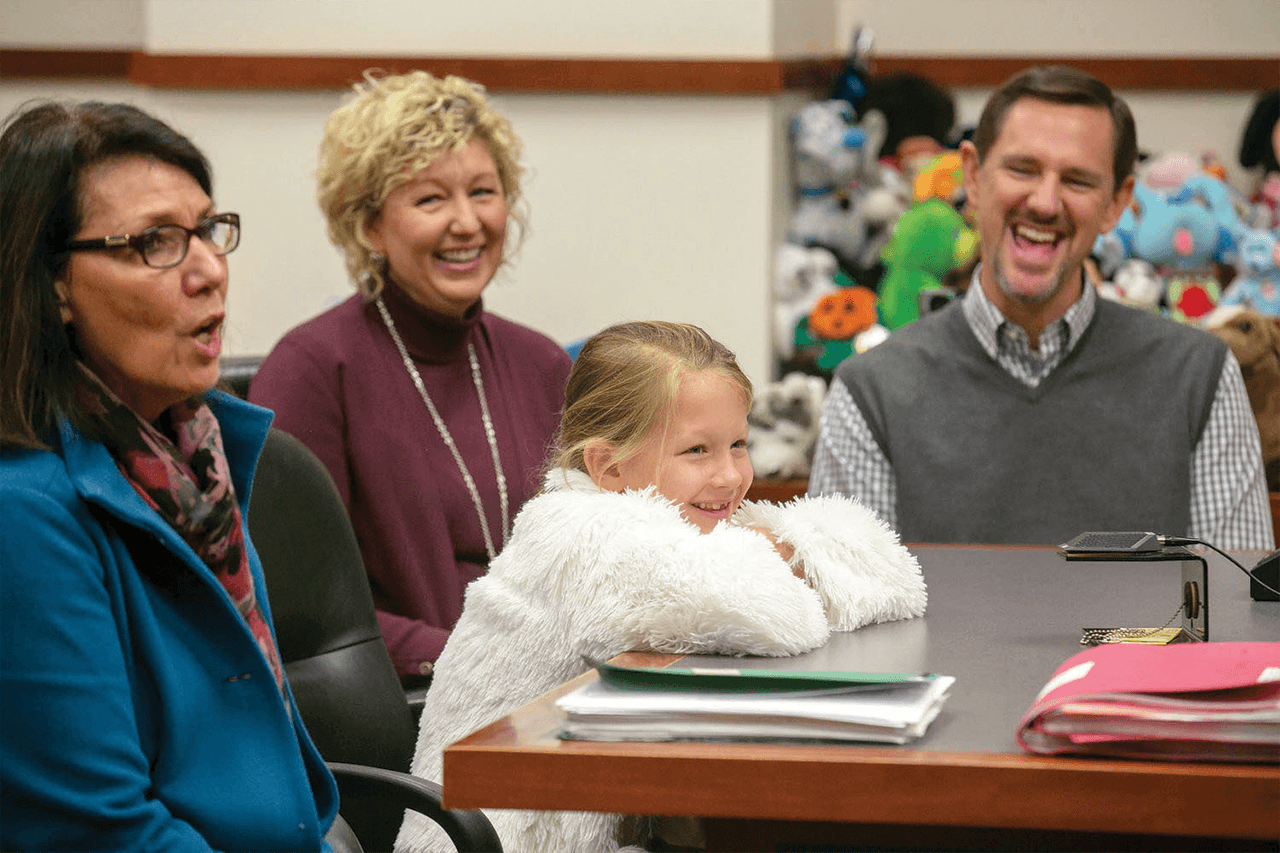 Lilly Chitwood’s face lit up when a family court judge officially declared her the daughter of Paul and Michelle Chitwood on Dec. 6.
[Photo by Robin Cornetet/Kentucky Today]

LOUISVILLE, Ky. (BP)—Sure, 6-year-old Lilly has the typical wish list for Christmas, including Barbie dolls and a dollhouse. But it was something much more meaningful that she longed for most: a family of her own.

For the past three years, Lilly had been in foster care through Sunrise Children’s Services, a Kentucky Baptist organization that ministers to abused and neglected kids. Her story is one that has become all too familiar to Kentucky authorities in a culture where drug addiction is rampant.

As a toddler, Lilly faced tough times and was well acquainted with hunger while she was in the care of a drug-addicted birth mother.

Those days are long passed now, because she got what she was hoping for in a Louisville courtroom Dec. 6. Judge Derwin L. Webb decreed that she is now the adopted daughter of Paul and Michelle Chitwood. Paul, a former pastor and executive director of the Kentucky Baptist Convention, was elected in November as president of the Southern Baptist Convention’s International Mission Board (IMB). Following Chitwood’s election as IMB president, he said the providential timing of the adoption proceedings was among factors that confirmed God’s leading to the IMB.

When Judge Webb handed Lilly the gavel, she pounded on the judge’s bench and declared: “This adoption is final.”

The finalized adoption was the culmination of a long journey for the Chitwoods, who, as foster parents, fell in love with Lilly as soon as she arrived in their home three years ago.

“When we first got Lilly, we could tell that this 3-year-old had been in a very difficult situation,” Paul said. “She had head lice and bedbug bites. The first night she was with us, when Michelle tucked her into bed, she asked a question: ‘Will we have food tomorrow?’ She continued to ask that question for several nights until she realized that she would never go hungry in our home.”

Michelle, a public school teacher for the past 20 years, said the food issue weighed heavily on the little girl’s mind.

“After about a week of trying to reassure her she would have food the next day, I placed a bowl of Cheerios beside her bed, and that was the fix,” Michelle said. “She never worried about food after that.”

Living with the Chitwoods was supposed to be temporary, perhaps a few months until her birthmother was able to get off drugs and get her life back on track. That never happened, and little Lilly was put up for adoption. The Chitwoods didn’t hesitate.

“As soon as we found out that we could adopt Lilly, I knew we would move mountains to make her adoption happen,” Michelle said.

Lilly arrived at the Chitwoods’ home in early February 2015. They had been serving as foster parents through Sunrise Children’s Services for about a year. They had felt a compulsion to open their home to foster children after learning of the thousands of abused and neglected kids who had become wards of the state.

The Chitwoods already had three other children, Daniel, Anna and Cai. Daniel and Anna are biological children. Cai had been adopted from China, where she, like Lilly, had known her share of hardship.

Because of China’s one-child policy, Cai ended up warehoused in an orphanage with hundreds of other newborns.

“Though she had a very difficult beginning to her life, when she came into our family, those difficulties quickly faded away,” Paul said.
Cai and the other Chitwood children were thrilled to have a little sister, especially one so hungry for the family’s affection.

“She bonded with us very quickly, as we did with her,” Paul said. “I knew that we would be giving her up very soon to be reunited with her mother, at least that was the state’s initial plan, but also knew that it would break our hearts.”

The Chitwoods said they recalled the words of a foster care trainer from Sunrise Children’s Services who challenged them by asking: “Who will, instead of refusing to foster parent because they ‘love them too much to let them go,’ be willing to say to a hurting child carrying all her pain by herself, ‘I’ll take some of your pain’? Who will let their hearts be broken to carry a child’s burden and, as Scripture says, ‘so fulfill the law of Christ’?”

That challenge cemented the Chitwoods’ decision to open their home and hearts, knowing the risk of being hurt.

“As it turned out, the state had to terminate the parental rights of Lilly’s birth parents,” Paul said. “When we learned she would not be able to go back to her mother, the decision to adopt her was one of the easiest decisions we’ve ever made.”

The Chitwoods have been involved in Christian ministry throughout their adult lives. Those roles have given them platforms to promote foster care and adoption, urging Baptist families to open their homes to hurting children. They’ve especially championed the cause of Sunrise Children’s Services, which is caring for more than 1,300 children as of this week.

“Paul and Michelle Chitwood have meant the world to Sunrise,” said the agency’s director, Dale Suttles. “They are huge advocates for orphan care across our state, inspiring Baptists to be part of the solution.” 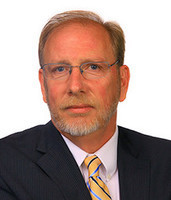 Roger Alford is the Editor of Kentucky Today.

View all posts by Roger Alford