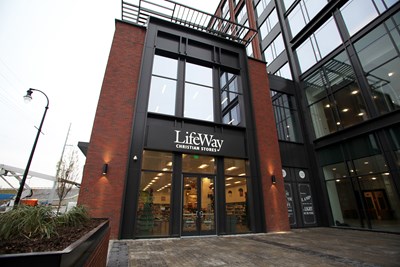 NASHVILLE (BP)—In light of “an accelerated rate of erosion” at “brick-and-mortar” stores, LifeWay Christian Resources President Thom Rainer has announced that some LifeWay stores will be closing. The number of stores to close and the timing of those closures has not been announced. 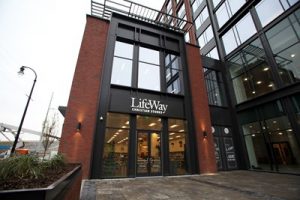 Rainer wrote in a Jan. 5 email to all LifeWay employees, “We prayed and hoped that our investments and commitments to the LifeWay stores would prove fruitful. That just has not been the case. To the contrary, we not only continue to see and erosion in the brick-and-mortar channel, we have seen an accelerated rate of erosion in recent months. It was our hope that greater traffic would result in greater sales, and that with our expense reductions and product cost savings, we would be able to offset sales declines. That hope has not been realized with the declines we have seen since September.”

“In simple terms, a strategic shift is required for moving more and more of our resources to a dynamic digital strategy,” Rainer wrote. “We will be transitioning many of those resources from our LifeWay stores to digital channels. The good news is that we will be better prepared to meet the future. The challenging news is that some of our stores will have to close.”

LifeWay operated 174 stores in 2017, according to the latest figures published in Southern Baptist Convention Annuals. In 2018, LifeWay launched a new vision for its stores, seeking to make them places where people could “connect, learn and grow,” Baptist Press reported in February 2018.

LifeWay’s financial report for 2018 has not yet been released.

Amid the growth of online booksellers, other Christian and secular bookstores have had to close as well. Two years ago, Family Christian Stores — which called itself “the world’s largest retailer of Christian-themed merchandise” — announced the closure of 240 stores across 36 states.

“Our strategy for the future,” Rainer, who announced plans to retire from LifeWay in August 2018, wrote, “will be a greater investment in digital channels and in events and services. We will have a smaller footprint for our brick-and-mortar stores. At this point, we are evaluating all our stores, so we cannot say how many stores will remain in this new era.”

While “these challenges can bring pain and disruption,” he wrote, changes at LifeWay “also introduce tremendous opportunities and hope. The world is flat and everyone is connected. It is an incredible time for LifeWay to get the message of the gospel to the world and continue to offer biblical solutions for life.”