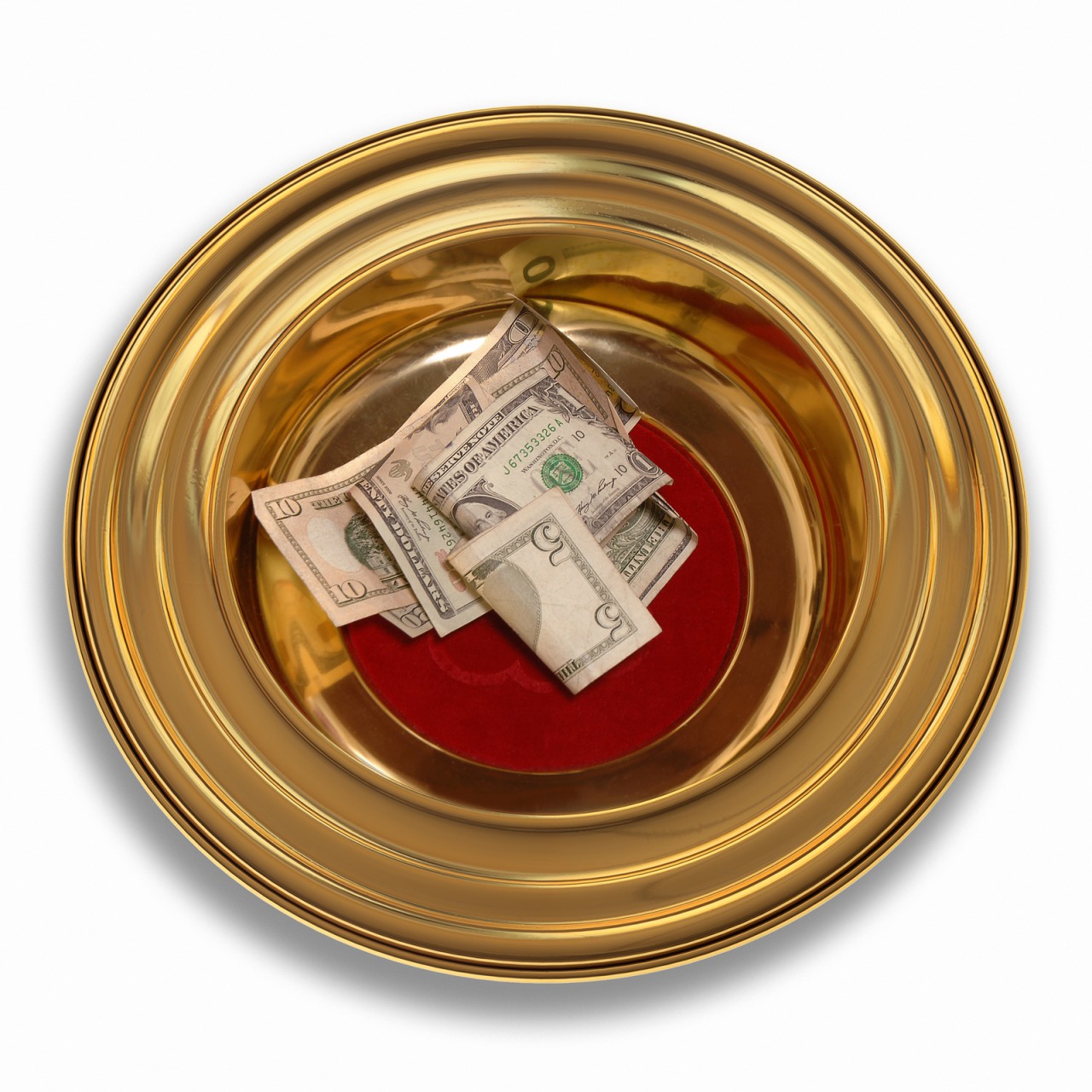 NASHVILLE (BP)—Emerging from the pandemic, most churches don’t seem to be underwater financially, but many are treading water. 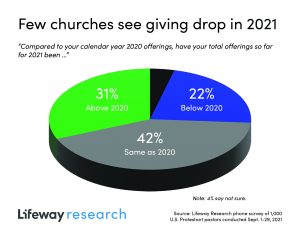 The two years prior to the COVID-19 pandemic, 2018 and 2019, mark the only two times in the survey’s more than 12-year history that more pastors said the economy was having a positive impact than a negative one.

“Most churches are taking a deep breath financially following the uncertainty of the height of the pandemic,” said Scott McConnell, executive director of Lifeway Research. “While the official recession ended quickly in April 2020, economic growth has been uneven, and few churches are feeling actual positive impacts from the economy at this point.” 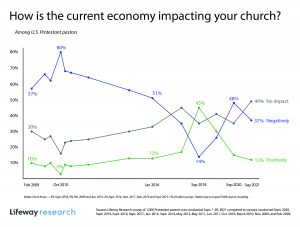 After many churches faced budget shortfalls and decreased giving in 2020, 2021 saw most churches meet their budget and stop the decline in giving.

Seven in 10 pastors say offering levels at least met the budget this year. Almost half of churches (48 percent) say the giving at their church has been about what they budgeted, while 22 percent say it is higher than budgeted. Around a quarter of pastors (27 percent) say they didn’t make budget with their giving levels.

“We see great improvement in the number of churches with a downward trend in giving,” McConnell said. “A year ago, more than a third of churches had seen giving decline, and 13 percentage points fewer say so today. Some of those churches may still be working to get back to 2019 levels, but the number with declining income is back around the historic norm.”

Still, other pastors note a further decline in giving since 2020. For 3 percent, offering dropped by less than 10 percent. Another 11 percent say it fell 10 percent to 24 percent. Around 1 in 14 churches (7 percent) say giving decreased by 25 percent or more since 2020.

“Churches where the financial news is bad, it tends to be really bad,” McConnell said. “Among churches with offerings below 2020, the declines are typically steep, double-digit declines in year-over-year giving. These churches are having to radically rethink their ministry.”

While most pastors saw giving bounce back after 2020, others in some demographics continued to struggle with the economic fallout of the pandemic.

“Mainline and African American churches were slower to resume in-person worship services amid the pandemic,” McConnell said. “This reduced face-to-face contact appears to have impacted giving in these churches.”

For more information, view the complete report or visit LifewayResearch.com.

The phone survey of 1,000 Protestant pastors was conducted Sept. 1-29, 2021. The calling list was a stratified random sample, drawn from a list of all Protestant churches. Quotas were used for church size. Each interview was completed by the senior or sole pastor or a minister at the church. Responses were weighted by region and church size to more accurately reflect the population. The completed sample is 1,000 surveys. The sample provides 95 percent confidence that the sampling error does not exceed plus or minus 3.2 percent. This margin of error accounts for the effect of weighting. Margins of error are higher in sub-groups.

Comparisons are also made to the following telephone surveys using probability sampling: