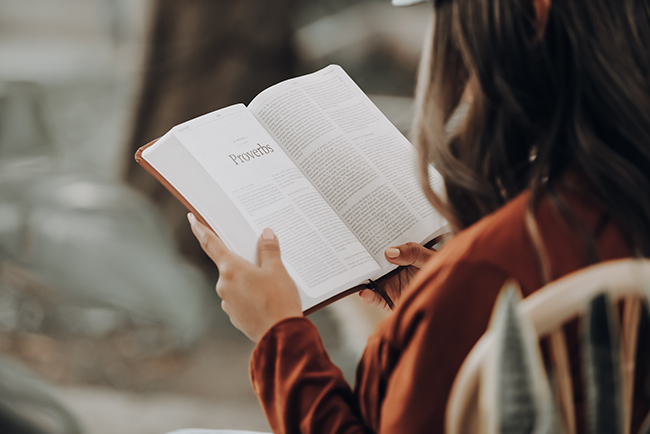 The Bible records Jesus speaking of “wars and rumors of wars.” In 2022, the reality of global conflict drove many to read exactly what the Bible had to say on those topics and more.

The app now offers the Bible in more than 1,900 languages, including audio versions in 815 languages.

The verse that most resonated in Ukraine this year is also the verse more Bible app users shared, bookmarked, and highlighted this year: Isa. 41:10

“Do not fear, for I am with you;
do not be afraid, for I am your God.
I will strengthen you; I will help you;
I will hold on to you with my righteous right hand.” CSB

“The popularity of this verse speaks to our desire to be reminded that even when we feel like we’re alone in our struggles, we’re not,” said Bobby Gruenewald, founder and CEO of YouVersion. “As this verse says, God is our strength and He’s always with us.”

In Ghana, Indonesia, New Zealand, Nigeria, South Africa, and the United Kingdom, Jer. 29:11 was the most popular verse.

“‘For I know the plans I have for you’—this is the Lord’s declaration—‘plans for your well-being, not for disaster, to give you a future and a hope.’” CSB

Bible readers in India and Thailand gravitated toward John 3:16, while those in Brazil turned most to Josh. 1:9.

At the beginning of the war, Bible searches on YouVersion in Ukrainian nearly doubled compared to the previous month. Initially, trending search terms were words like “war,” “fear,” and “anxiety.” Eventually, however, the top search term in Ukrainian became “love.“

“These families are going through something most of us can’t imagine. In the middle of what’s likely the most difficult time of their lives, they’re turning to the Bible for comfort, peace, and hope,” Gruenewald said. “It’s an honor that we get to be a part of making God’s Word available to His people in their greatest moments of need.”

Globally, of the 303 million in-app searches, the most popular themes among the most searched terms each month were: “anxiety,” “healing,” and “love.”

The Bible app was opened 5.5 billion times this year. According to YouVersion, more people engaged with the app on a daily basis this year compared to 2021. Eight of the 10 highest engagement days of all time happened this year, including the two highest—Sept. 11, 2022, and Easter Sunday.