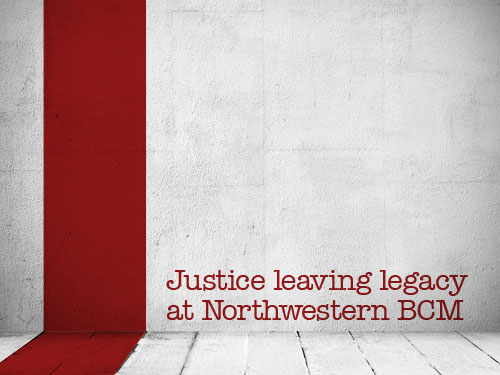 Larry Justice estimates he touches the lives of about 70 students each year. Multiply that by 37-and-a-half years as a Baptist Student Union/Baptist Collegiate Ministries director, and you have an amazing number of students whose lives have been impacted by Justice’s ministry.

The long-time BSU/BCM director at Northwestern Oklahoma State University in Alva will retire in July, but his work with students isn’t done. In retirement, Justice will teach six hours of oral communication at Newman University in Wichita, Kan.

“My students think all I’m going to do when I retire is play golf,” said Justice. “But I’m still going to be around students.”

And that can be nothing but good for the students.

Justice has spent his life preparing college students for the next phase of their lives.

“We work to make sure students who are Christians leave campus stronger in their faith and with a better grasp of how to affect people around them,” said Justice. “The whole concept of campus ministry is to prepare the students for the next stage of life and fill a void between their high school years and when they enter the work force. Hopefully they will carry on those same principles we’ve helped them develop.”

Justice said for those who are not Christians when they come in contact with the BCM, he prays that somewhere along the line something he has said or done has an impact and as a result they will come to know the Lord.

“I’ve had students who have written back and said ‘You may not remember me, but I remember what you guys did for me,’” Justice said. “They may have come to the BCM only two or three times in their entire college career, but they indicate we made a difference in how they participate in their church and how they are growing in Christ. That’s what it’s all about.”

Justice said he doesn’t think students have changed that much since the days in his first job as BCM director at Eastern  Oklahoma State College in Wilburton.

“Other than the way they dress, I don’t think they have changed that much,” Justice observed. “Freshmen come in and they are scared, away from mom and dad for the first time on a permanent basis. They begin to grow up, and by the time they reach their senior year, most of them are comfortable being on their own and making their own decisions. Some of the kids I had at Eastern State were making the same decisions students are making today.”

Justice added that the most notable change is the opportunities and the amount of information students are privy to today.

“One of the main differences is that media has changed, and as a result, they hear what’s happening quicker, and are reacting to that,” he commented.

Justice noted that many of the students who have come through the BCM program have gone on to become upstanding citizens and some have even pursued ministry careers.

“One who immediately comes to mind is Matt Click,” Justice recalled. “When he came to school, he wanted to go into sports journalism, but the Lord got hold of him, and he went on three mission trips. You could see him beginning to develop how he could affect people’s lives for Christ.”

Justice said when Click met his future wife, Jamie, no one would have dreamed those two would connect and eventually get married.

“But now, they are a good team, and serving as missionaries overseas,” he said. “That’s just the way the Lord works.”

Another couple Justice mentioned is Jerry and Kristi Hook, who live in Tonkawa, where he works for an oil company and she is a teacher.

“I remember when he was a student, and out of the clear blue, he decided to go on a mission trip to Russia,” he recalled. “I knew when he and Kristi came together, they were going to make it. They are very active in their church today.”

Teaching at Newman will not be anything new to Justice. He started out teaching religion classes at Eastern State, and continued at Northwestern. Then he started teaching Christian ethics classes at Northwestern, when he was asked to teach philosophy, social sciences and humanities.

Justice, a native of Ponca City,  graduated from Hardin-Simmons University in Abilene, Texas with a degree in speech and earned his master of divinity degree from Southwestern Seminary.

He’s been at Northwestern since 1978, and said he is still amazed when he walks across campus that he is on a first name basis with people who have their Ph.Ds and Ed.Ds, and with the president and vice presidents of the college.