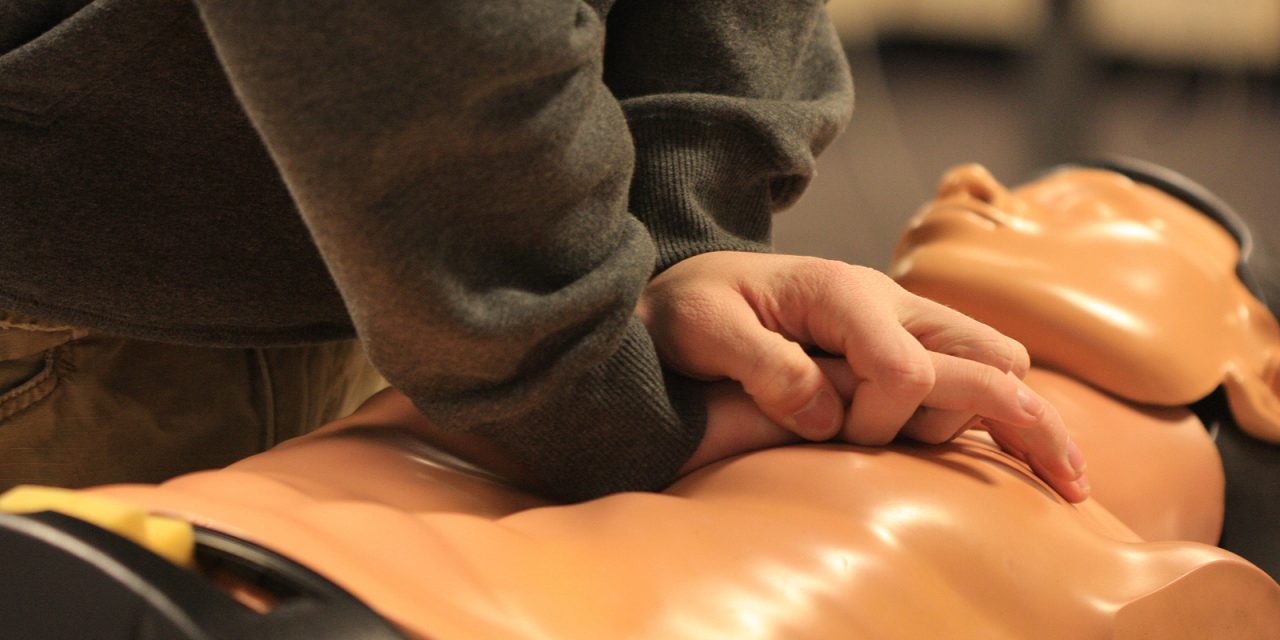 It happened during my previous life. Don’t take that to mean I believe in reincarnation—I don’t.  After all, if I did, surely I would have come back tremendously better than I am. When I speak of my previous life, I am usually talking about the years I spent in public education.

When this happened, I was a school administrator. One year it was decided that when the faculty and staff returned in August, everybody would go through cardiopulmonary resuscitation (CPR) training. So, we arranged for the local Red Cross group to provide the lifesaving training that we hoped we would never have to use.

Because of the number of faculty and staff members, we made the decision not to send everyone to the CPR training at the same time. Instead, we would divide the group into manageable numbers. By manageable, I am not referring to manageability. For example, the group I was assigned to consisted of some elementary teachers and a group of high school coaches. If you know anything about elementary teachers, you know they are the rowdiest folks on campus and usually the least manageable.

It came time for my group to report to the CPR training. Most of us got there on time. A couple of coaches and a grouchy elementary teacher wandered in a bit late. If there had been bacon available, everyone would have arrived early. Just sayin…

The Red Cross lady did a great job of teaching us everything we needed to know. And then it came time for us to put into practice what we had just been taught. The Red Cross lady brought out a dummy (no, not another coach) that she referred to as Resusci (as in resuscitate) Annie.

This dummy was placed on the floor, and everyone in the group was to take their turn practicing their CPR skills. This was long enough ago that CPR still included putting your mouth on the other person’s mouth, blowing air into the other person, and then doing chest compressions.

I was always a little hesitant about putting my mouth on some stranger’s mouth to blow in some air. It wasn’t about the air. Most people would say I have plenty of that, and most of what I have is at a higher temperature. But I wouldn’t have known where the person had had his/her mouth prior to my attempt of resuscitation. That was a bit troublesome for me. In fact, when the Red Cross lady put Resusci Annie out on the floor, I was quick to volunteer to go first. The last thing I wanted to do was put my mouth on something that a bunch of coaches had had their mouths on.

Everything went well with Resusci Annie until the time came for elementary teacher Mrs. Donaldson’s turn. Mrs. Donaldson did the mouth-on-mouth thing well. She moved to the chest compressions, which she did well. The Red Cross lady actually bragged on her, which made those of us who had already had our time feel a wee bit neglected. Then it happened.

As Mrs. Donaldson started to get up from the floor, she got a little over balanced and fell. She stiffened her arms to brace for impact. Her left hand struck the dummy squarely in the chest with such force that it blew the head off of Resusci Annie. It began to roll across the floor like an out of round bowling ball. It continued its awkward rolling until it hit the wall.

There was a moment of just weird silence. We were all staring at that dummy’s head lodged against the wall. Mrs. Donaldson had not moved. Her left hand still pressing down on that dummy’s chest.

Finally, one of the coaches said in a quiet, uncoach-like voice, “Mrs. Donaldson?” She replied with a rather stern, “What?” The coach continued, “If you should ever see me laying on the ground somewhere on campus, would you not give me CPR?”

That did it. As we were all laughing, one of the other coaches went over, picked up the head, tossed it to another coach and said, “Next time you lose your head at a ballgame, try using this one.”

The poor Red Cross lady simply stood there staring at us with a “these folks are responsible for educating children” look on her face. But she took the high road and gave us all our Red Cross CPR certification cards—even those in the group who hadn’t had their turn yet.

There may be a couple of lessons here for us. First, next time you try to help someone make sure you don’t do damage. Second, next time you do something ridiculous expect folks to laugh at you. If they don’t, you should be concerned. Third, know your limits. Sometimes the best thing to do is call in the professionals. Remember 9-1-1 is the number for 911. Finally, life is short.  Laugh—a lot.