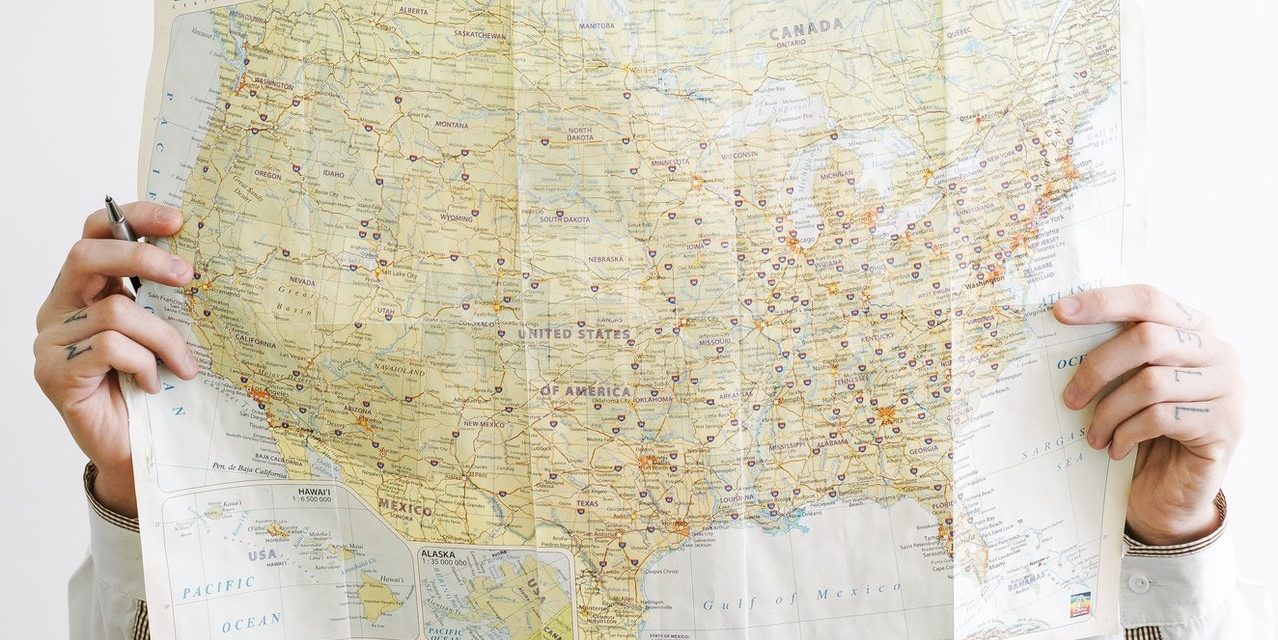 Back a few years ago, when I was still in elementary school, every school classroom had a globe in it. Every chance we would get, we would give that thing a good spin—sometimes slapping it several times to really get it going. And then we would use our finger to try to stop it at the exact place we were located.

Of course that was basically impossible. Even if you did get it stopped on the right continent, the possibility that your finger was in the right part of that continent was basically slim to none. Even if you stopped it in the right section of that continent, the possibility that you could pinpoint your location was just about impossible. One of the lessons that we took away from this was that this world is a great big place, and we are just a very small part of it.

From there we graduated to road maps. You remember those things? They were as big as a king size bed but were miraculously folded to fit into your back pocket. Once you got one of those spread out, with any luck, you could eventually figure out where you were. But while you were doing that, you couldn’t help feeling a bit miniscule compared to the rest of the map.

The problem with getting one of those maps unfolded, was trying to get it folded back up. Don’t let anyone fool you. That was basically an impossible task that often caused the one who was attempting to fold the cursed thing back into its original size to mumble stuff under his breath.

In fact, many people wrongly believe that the great magician Houdini died trying to escape from one of his tricks. The reality is Houdini died from a case of terminal frustration caused by trying to fold a road map. Yes, terminal frustration is a real thing. Just ask the mom of a middle school boy. Just ask a man who is waiting for the bacon to finish cooking. Just ask a Dallas Cowboy fan who is waiting on another Super Bowl win. (Calm down. That was a joke.)

Now of course we live in the age of GPS, smart phones and apps that are called maps. To top it off, there is this woman who lives in our phones who not only knows exactly where we are but also knows exactly how to get to where we want to go. And she will give you step-by-step directions to your destination.

She is incredibly smart and helpful, but she is also a bit stubborn and even sarcastic. Just miss one of the turns that she told you to take, and she is relentless in getting you back to where you should be. And if you have ever made the mistake of yelling at the woman who lives in your phone, she will just keep telling you what to do. (Not that I have ever yelled at the woman in the phone, but I have heard of lesser men being guilty of such roguish behavior.)

That’s actually a pretty good depiction of how a whole bunch of folks live their lives these days. The problem is if you are intent on you being the focal point of your life, then you really aren’t living. Life is always lived best when it is focused on those around you.

If you want to know what that looks like, look at Jesus. You can never go wrong living like He did.