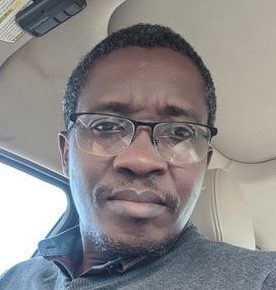 John Niyondiko’s mission field is the African diaspora in metro Oklahoma City. It is a good thing he speaks five languages.

At least 6,000 African immigrants have found their way to the Oklahoma City metropolitan area from Burundi, Rwanda, Central Africa, Cameroon and elsewhere from the world’s second-largest continent.

“Not all those came as refugees,” Niyondiko said. “Some come for study, and some moved here from other states.

“Africans appreciate Oklahoma,” he added. “Life here is not too crowded, and people are friendly in Oklahoma City.”

Niyondiko was born into a Christian family in Burundi, gave his life to Christ when he was 7 and never varied from that commitment. He was baptized at 13, became a leader in the Christian student fellowship when he was in high school and college. He was one of those who started a French and English-speaking church in Burundi for Embassy workers and others who didn’t speak the local language.

He’s doing a similar thing in Oklahoma City. He started a Saturday evening gathering that included prayer, worship and Bible study. The first attendees were following him to Oklahoma City, Putnam City.

As the ministry grew, Putnam City helped them become their own congregation.  In November 2019, they began meeting at Edmond, Vintage.

Four months later, what had become Unbound Church was blindsided by the COVID pandemic. Or was it?  The church moved online and began to draw African participation from Europe, Asia and Africa as well as other states in the U.S.

“We take time to lift each other up, encourage one another, pray for nations and study the Bible,” Niyondiko said. “It’s Zoom, so we can talk with each other. It’s really relational and interactional although it is long distance.”

“God is immersing me in this endeavor of reaching the African diaspora here in America,” Niyondiko said. “The Lord made this clear: This is where He wants me to be serving. Every single day, I wake up longing and praying for one more soul.”