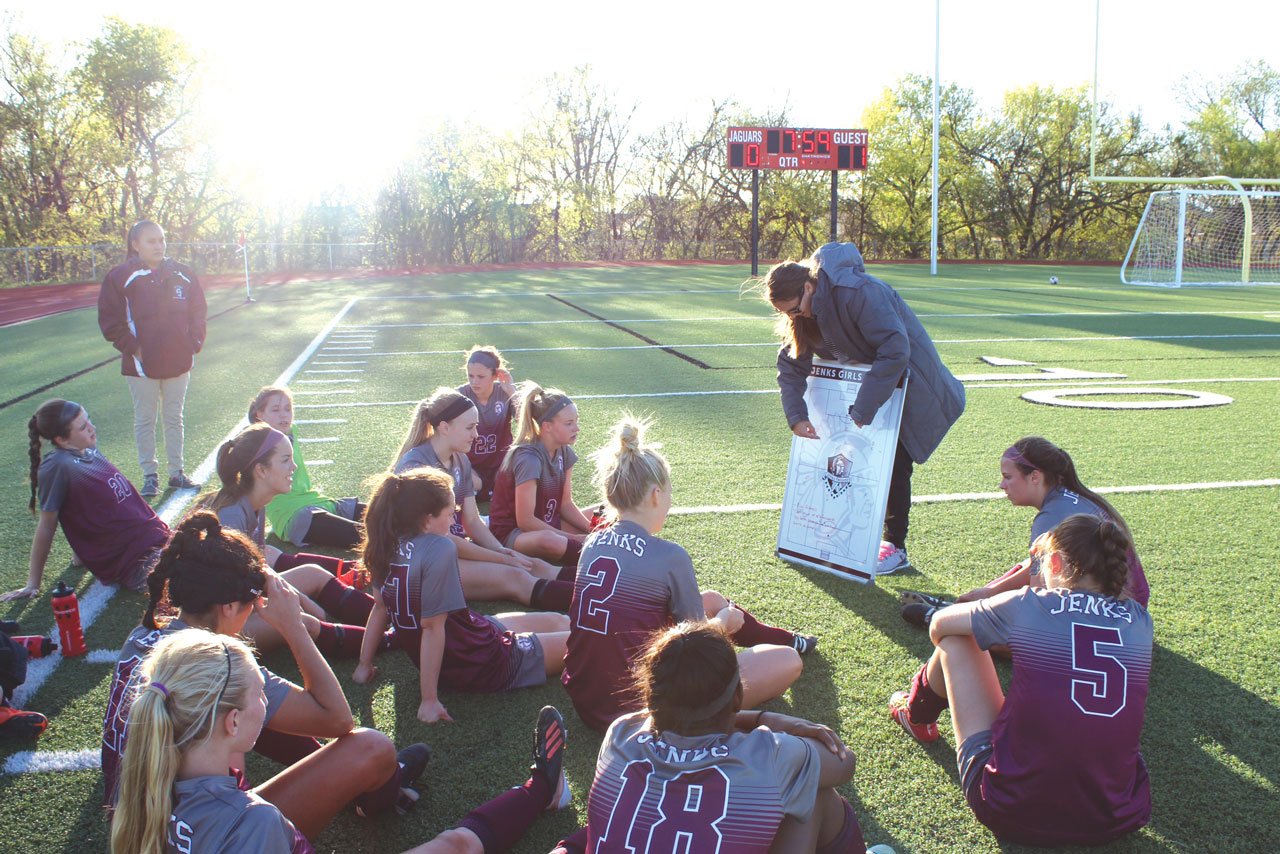 This was the scripture that proved true for Amanda Jo Johnson, girls’ head soccer coach at Jenks High School.  Johnson grew up in Glendale, Ariz., one of five children of Peggy and Mike Radcliffe. Church was always a part of Johnson’s life from the day she was born and became more even more important to her as she grew up and realized that God had a plan for her life. At 5 years old, Johnson was introduced to soccer, and it soon became the love of her life.

By the time she reached high school, she had become a soccer player to be reckoned with. As a senior at Ironwood High School in Glendale, her team won the Arizona state championship, and she was a two-time first-team all-state honoree for her high school.  That only fueled her desire and determination to play soccer in college. 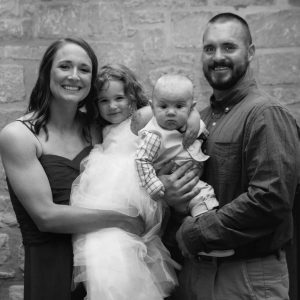 scoring 13 goals and registering nine assists for 35 points. The effort set school standards in each of the categories, and the squad concluded the campaign with a program-best 14-3-2 record. PVCC won the conference title and earned a No. 12 national ranking, in addition to securing runner-up honors at the regional tournament.

After a year at PVCC, Johnson had developed her soccer and leadership skills and was ready for something else. She was offered a scholarship to the University of Texas at El Paso (UTEP). Knowing she needed to finish her education and believing this was just another step in the plan God had for her life, she took the scholarship, moved to El Paso, and from 2007-09, was a three-year starter for the Lady Miners.

During this time she complied 24 points on 10 goals and four assists as a player. She started 61 of her 62 career games played, and earned 76.3 minutes per game on average. Johnson was among the team leaders for assists, goals and points in each of her campaigns, and the Miners forged a combined record of 39-20-4.

She was a strong student, as well, twice earning placement on the Conference USA Commissioner’s Academic Honor Roll. As captain of the team her senior year, Johnson was awarded team MVP, leadership award, and defensive player of the year.  After three years as a player, Johnson became assistant coach for the Lady Miners where she served until she completed her college career with a degree in multi-disciplinary studies in 2010.

It was during this time that Johnson became friends with Jordan Johnson who came to UTEP as strength coach for the Miners. They found they had much in common; not just sports, but their belief in God.

As God’s plan unfolded, the two were married in 2011. In 2012, they were still seeking God’s will in their lives when her husband received an opportunity to go to University of Tulsa as assistant strength coach. Was this just another step in the plan God had for their lives?  After praying about the decision, they felt led to accept this opportunity. They were both ready to move to Oklahoma, even though Johnson would have to give up coaching. 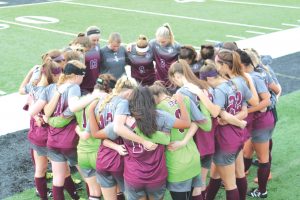 The Lady Trojans observe a time of prayer after a game

Oklahoma at Tulsa. They began attending Broken Arrow, The Church at Battle Creek (also called theCHURCH.at). They had found their niche, and more importantly, they felt they had found God’s spiritual plan for their life. God was not finished blessing the Johnsons.

As is the life of a coach, Johnson’s husband received an offer, and accepted the position as the head strength coach at Jenks High school, where there was a tradition and reputation of winning 6A football championships (They have won the four titles during Jordan’s tenure). She was his biggest fan, and she loved the camaraderie of the Jenks sports family.

In May 2013, after giving birth to daughter Emma Jo, the presence of God was very evident to the Johnsons when the Jenks family of coaches and parents took such good care of them while Emma was in the hospital after Emma was born prematurely. Johnson felt it was God’s will that she leave her job at the medical center to be home with her daughter. She loved being a mother, but she missed soccer. When her daughter was a healthy one-year-old, Johnson was offered the job as head coach of the Jenks Lady Trojan soccer team.

Believing this was just another part of the plan God had for their lives, the family moved to Jenks in order to be closer to the kids they were coaching, and to be a part of the Jenks community. In her first year as head coach, she took the Lady Trojan’s to the Oklahoma 6A state championship game where they were runners-up to state.

The Johnsons had attended Broken Arrow, The Church at Battlecreek, and they were elated when that church opened a south campus closer to Jenks. They were excited to be on the ground floor and help the church plant grow. Johnson says that sitting under the teachings of Pastor Alex Himaya has been a blessing to their family, and they have felt called to serve in the church. Today she serves as a teacher in the preschool Sunday school, and her husband is part of the security team.

Because of their Christian witness, the Johnsons were asked to serve as sponsors for the Fellowship of Christian Athletes at Jenks High School.  They feel this is the ministry that God has given them; to counsel and mentor the young people they coach.  God continues to bless these two coaches who are dedicated to their calling of working with young people, and more importantly, serving the Lord.

On June 3, 2016, their son, Jack Christopher, joined this family.  They are blessings to the students (and parents) of Jenks High School as they continue to follow God’s plan for their lives.

View all posts by Opal Ashenbrenner