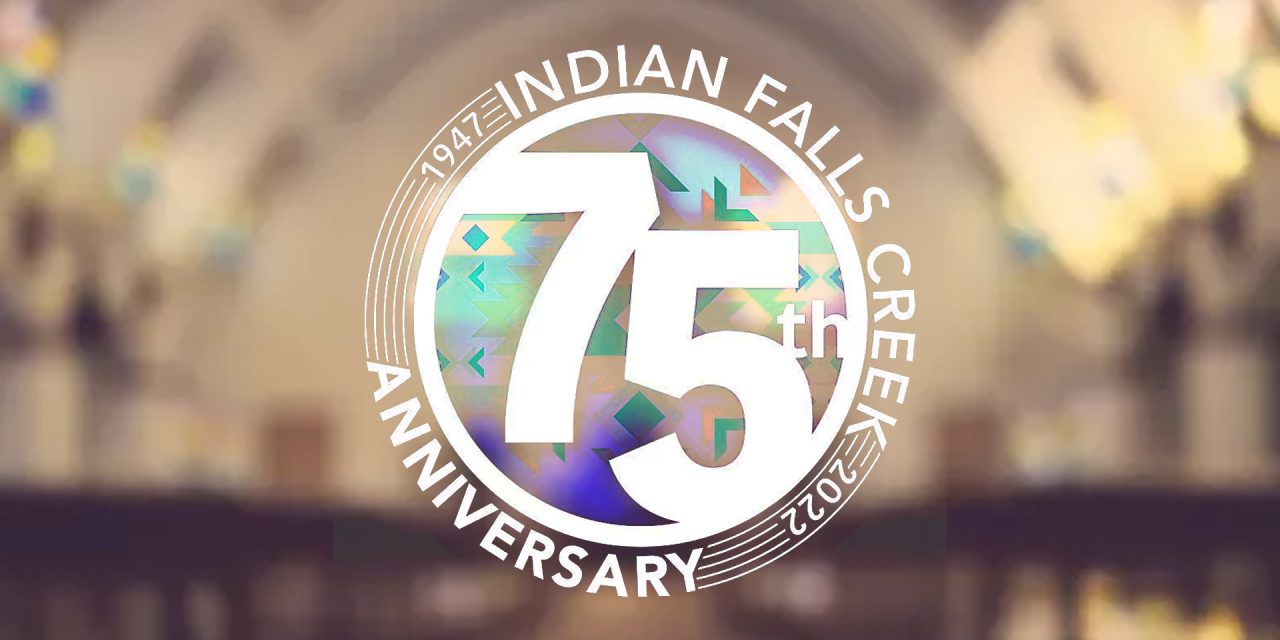 One of Oklahoma Baptists most heralded events is celebrating 75 years at the end of this month. Indian Falls Creek (IFC) started in 1947 with 333 campers coming to Falls Creek Baptist Conference Center that year. In recent years, IFC has averaged more than 3,000 campers coming to the encampment near Davis.

IFC will meet July 31-Aug. 4 and will attract Native Americans from across Oklahoma. Victor Cope, IFC executive director, said many Indian churches in Oklahoma are dedicated to attending IFC.

“Our Oklahoma Indian churches are small and located in mostly rural areas of our state,” Cope said. “The churches may average 25 people or less on any given Sunday. Coming to Indian Falls Creek is a struggle and a major sacrifice for our churches, but each year our congregations choose to return because of what God does at camp. IFC is a place where each camper will be ministered to, no matter what age because Indian Falls Creek is a family camp.”

Jay Mule will serve as camp pastor at IFC. He is the pastor of Geary, Chief Cornerstone, and he serves as director of missions in Cheyenne-Araphoe Association in western Oklahoma.

“Pastor Mule was a participant at the Gathering of Nations Powwow in Albuquerque, N.M.,” Cope said. “He got to share Jesus in the Sunday morning worship serving, speaking to 10,000 people, and a million people listened online.”

“You have three generations of people who have gone (to IFC),” Falls said. “It’s ingrained in our church culture to go to Falls Creek every year. The fact that it’s been around for 75 years indicates what it means to us.”

Falls remembers previous leaders who were responsible for founding IFC and making the cherished camp an event where God has worked in many lives.

“What I would say that is significant about (celebrating) 75 years is it helps us to honor,” he said. “When we go back and see how it started, it helps us to honor the vision of people like J.B Rounds, W.D. Moorer, some of the men who helped start Falls Creek, but also (honor) men like Victor Kaneubbe and Lewis Hancock. Those are two men who encouraged me and my ministry. Victor was influential when I was a young preacher starting out.”

Falls said IFC was instrumental to him and his work among Native Americans for many years.

“As a youth, I went to Indian Falls Creek, but like many my age, I went to play ball, swim and have fun,” he said, “but as it happens, God touched my life in a special way. As a result, I surrendered to the ministry at Indian Falls Creek. My ministry starts there, and God has used me in California, Arizona, Colorado and now back in Oklahoma. And there are thousands of stories like that of people whose lives have been changed because of spending a week at Indian Falls Creek.”

Helping younger campers remember IFC’s heritage will be a part of the activities at this year’s camp, Falls said.

“As we meet, we are going to spend some time talking about past heroes,” he said. “There’s a generation that probably is not familiar with them, so it’s good to bring their names up and celebrate them.”

Falls said there are other aspects that are important when considering IFC has been existence for 75 years.

“It also talks about the consistency of Indian Falls Creek that it’s going to be around for a long time,” he said. “That’s what is exciting to a lot of people. Because it’s a family camp, adults take their family vacation during this week. It says something about the priority of it. Not only that, but churches that don’t have a lot of money invest in Indian Falls Creek. This talks about how significant Indian Falls Creek is to these churches, committing to come every year.”

IFC has hosted an annual golf tournament for the past four years. Cope said the event raised great support to help churches come to IFC.

Cope also shared why IFC is a cherished time for him.

“IFC is very special to me because 49 years ago, I surrendered to the ministry during the Missionary Hour,” he said.

Both Cope and Falls stressed how IFC has impacted many others.