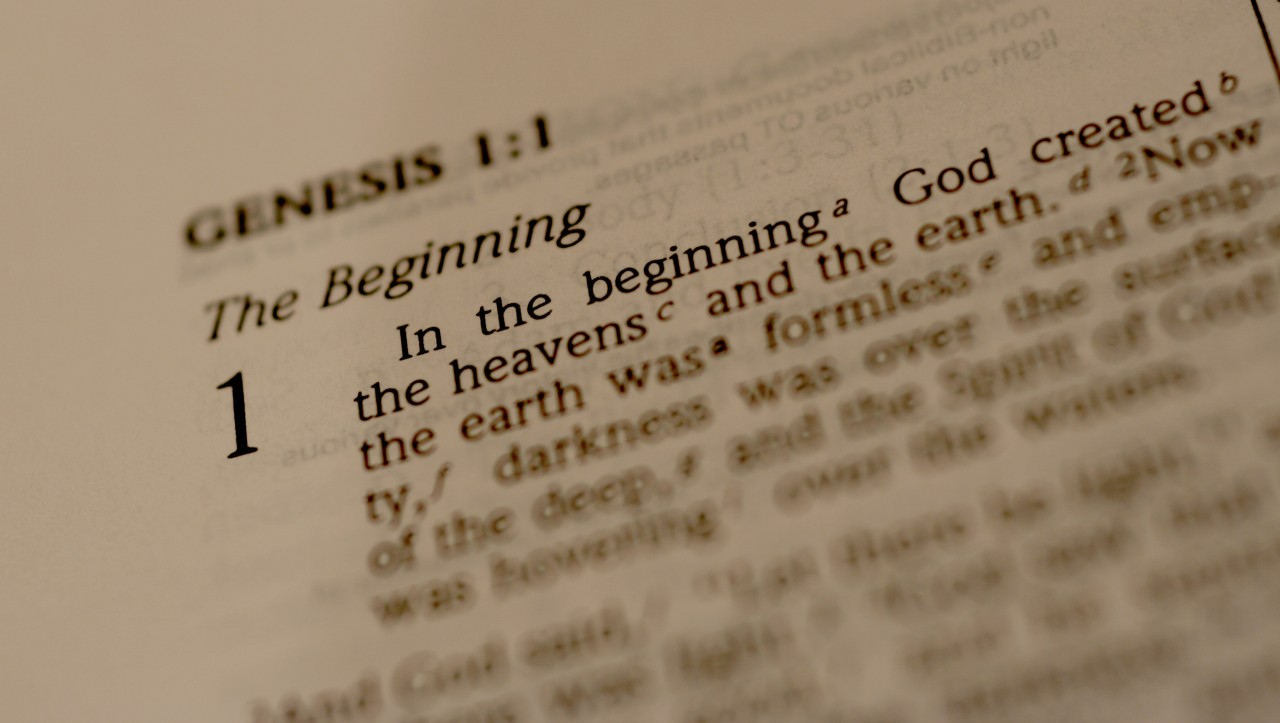 Most people who are familiar with the Bible either have memorized Genesis 1:1 or know it when they hear it. “In the beginning, God created the heavens and the earth.”

This verse tells us so much while remaining so simple, even a preschooler gets it. I won’t go into the deep end of the pool with this verse and its theology in this blog, because there just isn’t enough space for this format. But I will point out some interesting features.

It is no accident that the first verse of the Bible requires faith. The Bible is a book of faith. It gives us things to believe or not to believe. That choice is on you. A real truth of Genesis 1:1, is that if you can’t claim the verse and hang your hat on it as one of your core belief principles, then we might as well close the Book.

There is a God. He created everything we know and see. He created you for a purpose. He loves His creation and called it “good.” He does nothing by accident. He created us in His image. We call it “Imago Dei,” Latin for “image of God.” So you were created in His image on purpose for a purpose. Many people in the world today want to believe they are an accident and exist by mere happenstance. They want to believe there is no creator and there is no image of whom to be created.

It is interesting that today no one really questions the “moment” often referred to as the Big Bang. Atheists, pure scientists, creationists, just about anyone who delves into how things came to be are good with an initial causal moment. What non-believers are unable to do is provide the initiator and the material in the “pre-bang” scenario. The first four words of the Bible are “In the beginning God…”

It really doesn’t matter if you hold to “Intelligent design” or the information theory, razor’s edge, catastrophic flood geology, old earth, new earth or any other of a string of apologetic viewpoints.

“In the beginning God…”

Wade Crews is senior adult pastor at Quail Springs Baptist Church in Oklahoma City. He and his wife Grachel have two adult sons.

View all posts by Wade Crews