WORDSLINGERS REVIEW: LifeWay Films’ ‘Free Burma Rangers’ is a gritty faith movie like no other 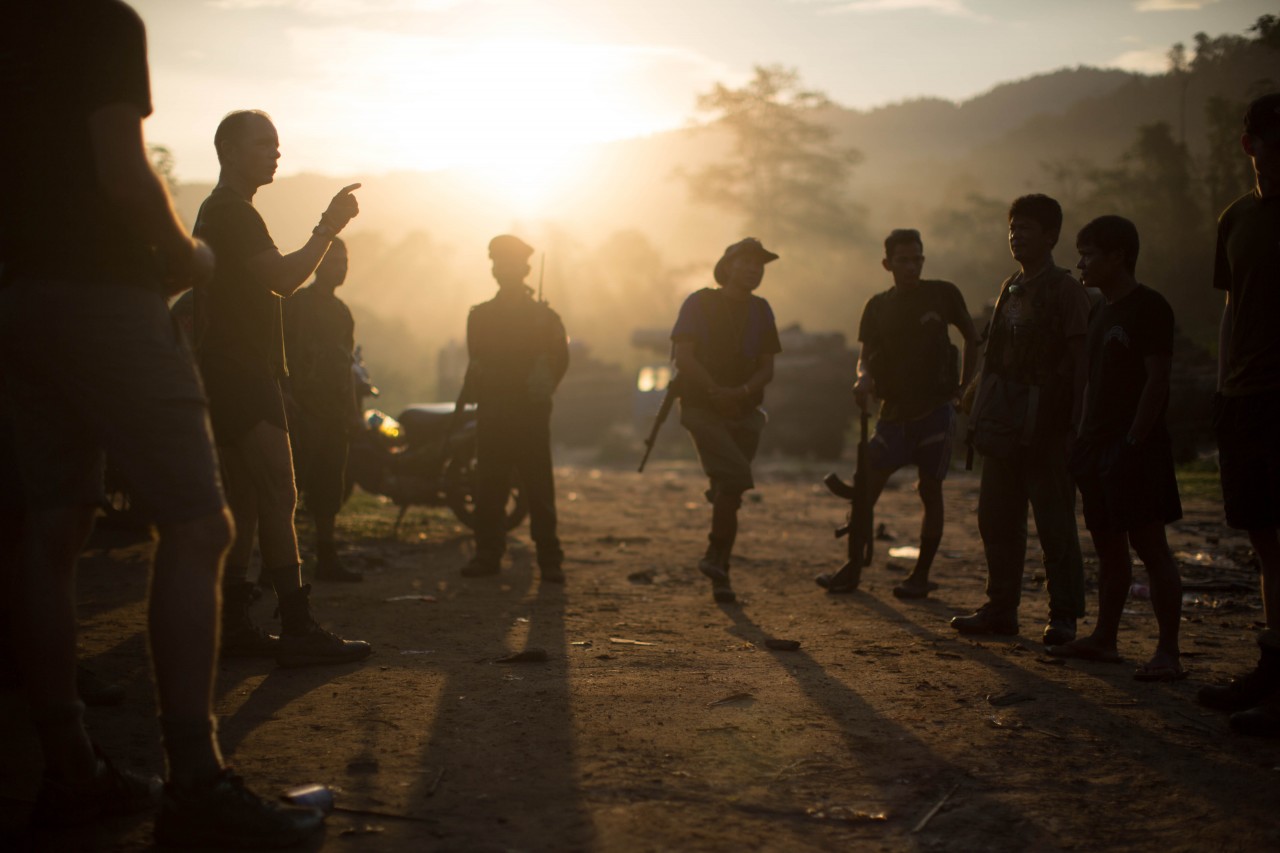 The documentary film ‘Free Burma Rangers,’ in theaters Monday and Tuesday, Feb. 24-25, tells the story of a family who serves victims of war.

He carries a Bible, but also a military-style rifle. He delivers the hope of Christ to war-torn parts of the world, yet won’t hesitate to shoot an ISIS soldier if cornered. When he hears the sound of bullets and bombs, he often runs toward it—not away.

And for the past two decades, God has providentially protected him.

The documentary film Free Burma Rangers, in theaters Monday and Tuesday (Feb. 24-25), tells the inspiring yet heart-pounding story of Eubank, who along with his wife Karen founded a humanitarian movement in 1997 to rescue innocent victims of war. Their movement, known as Free Burma Rangers, began in Burma but has since moved to other dangerous areas, including Iraq, the Sudan and Syria. LifeWay Films is a partner.

The movement also has expanded beyond Eubank, who has helped train several thousand Rangers like him.

Eubank’s goal is to deliver the Gospel alongside food and medicine to bullet-ridden areas few would ever go. In Burma, Eubank and his team hike through the bug-infested jungles, not knowing what lurks over each hill. In Iraq, they carry hope through the perilous streets of Mosul—a city where ISIS fighters are hidden in ravaged buildings.

In the two-plus decades since it was formed, Free Burma Rangers has served 1.5 million displaced persons who otherwise might have perished.

“The anecdote to evil is love,” he says in the film.

Free Burma Rangers is likely the most hair-raising faith-based film ever made—and easily one of the most riveting. Viewers get a firsthand look at the action, thanks to camera crews who risked their lives to record the encounters. We sit in a Humvee in Mosul as ISIS gunfire rains down and nearly kills everyone in the vehicle—until a tank providentially arrives. We march along the Iraqi countryside and meet a smiling family—only to discover they were killed moments after Eubank and the Rangers left.

David—who survives being shot in the film—is undeterred. Vengeance, he says, belongs to God.

Just as amazing: The Eubanks have raised three children within these hazardous regions. (All three share their parents’ passion, although they and their mom don’t go on the most dangerous recon missions.)

Eubank and the Rangers also document war crimes and email the information to media outlets. Often, their reports are splattered across the front pages of big city newspapers.

He’s a mixture of Rambo, Clark Kent and Billy Graham.

Free Burma Rangers won the Best Feature Film award at the Justice Film Festival. It’s a movie that inspires as much as it convicts. It urges us to love those who are different than us—and to serve them, too.

Content warnings: Free Burma Rangers is unrated; treat it like a PG-13 film. A warning at the movie’s opening says it “includes intense, graphic sequences of war violence.” It contains no sexuality. Minus an “OMG” spoken by a Ranger (not the Eubanks), it contains no coarse language.