In Juneteeth message to SWBTS community, Greenway calls for ‘justice and righteousness’ 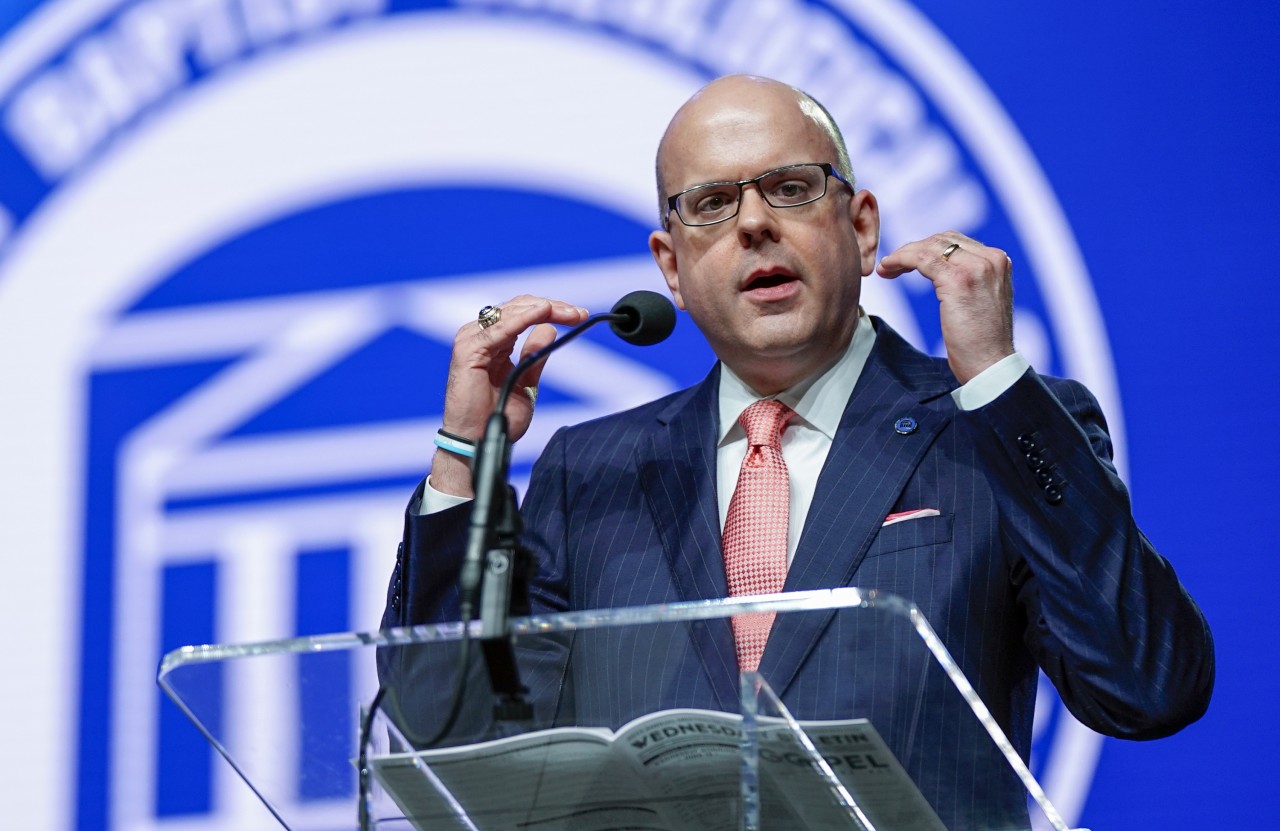 FORT WORTH, Texas (SWBTS)—In a campus-wide letter today, President Adam W. Greenway “repudiated” racism and called on The Southwestern Seminary community to model “what it looks like for followers of Christ to live and learn alongside each other in a spirit of unity.”

Coming on the annual celebration marking the ending of slavery in the United States, Greenway concluded, “On this Juneteenth in the year of our Lord 2020, I stand alongside all my Black brothers and sisters in calling for justice and righteousness to flow like a mighty flood, and as we move forward together as a seminary and college community, I pray you will join me in this stand.”

The last few weeks have been a tumultuous and deeply painful time in the life of our country. Since the tragic killing of George Floyd on May 25, a national conversation has intensified around the issues of racism and justice. As a community focused on training God-called men and women for more faithful service in the local church, we must be a part of this conversation and seek to bring solutions that we know must be grounded in the truth of God’s Word and the Gospel of Jesus Christ.

These recent events have brought to the forefront the realities of injustice and inequality that impact countless lives across our nation. Let me be unequivocally clear, racism is sin and is repudiated on the campus of Southwestern Seminary and Scarborough College. This evil is antithetical to the truths we find in Scripture. From the opening chapters of Genesis, where we are told that all men and women are created in the image of God, to the book of Acts and Paul’s epistles where we see the Gospel breaking down ethnic barriers in the early church, rejection of racial superiority/inferiority claims is essential to what it means to be a faithful disciple of Christ.

On May 30, I joined with my fellow Southern Baptist Convention entity heads in issuing a joint statement responding to the death of George Floyd. Here is that statement in its entirety:

As a convention of churches committed to the equality and dignity of all people, Southern Baptists grieve the death of George Floyd, who was killed May 25, 2020, in Minneapolis, Minn.

While all must grieve, we understand that in the hearts of our fellow citizens of color, incidents like these connect to a long history of unequal justice in our country, going back to the grievous Jim Crow and slavery eras. The images and information we have available to us in this case are horrific and remind us that there is much more work to be done to ensure that there is not even a hint of racial inequity in the distribution of justice in our country. We grieve to see examples of the misuse of force, and call for these issues to be addressed with speed and justice.

While we thank God for our law enforcement officers who bravely risk their lives for the sake of others and uphold justice with dignity and integrity, we also lament when some law enforcement officers misuse their authority and bring unnecessary harm on the people they are called to protect. We further grieve with our minority brothers and sisters in the wake of George Floyd’s death, pray for his family and friends and greatly desire to see the misuse of force and any inequitable distributions of justice come to an end.

Throughout the Old and New Testaments, the Bible speaks to matters of justice and human dignity. We are taught by Scripture that human beings are distinct among the rest of creation as those beings which bear the divine image. From the beginning of life to the end, all human beings, both male and female–of all ethnicities, colors and ages–are sacred beings that God values and loves.

Throughout the law, the prophets, the gospels and the entire canon of Scripture, murder is condemned and God’s people are called to protect the vulnerable. The Bible further condemns injustice and the misuse of authority and force. And in the example of Jesus Christ, God’s people are called to love others, care for their needs, grieve with them in brokenness and labor for the well-being of our neighbor. To follow Christ is to follow in these examples He puts before us.

Therefore, as a matter of Christian obedience and devotion, followers of Jesus Christ cannot remain silent when our brothers and sisters, friends and/or people we seek to win for Christ are mistreated, abused or killed unnecessarily.

Therefore, we pray for our local, state, and national leaders as they seek justice, and call on them to act quickly and diligently to ensure that these situations are brought to an end. As a people, Southern Baptists stand ready to help towards that end. May God give us His favor, help and strength in this effort.

In the wake of the killing of George Floyd, we have seen protests grip our nation. While most of these protests have been peaceful demonstrations, some have turned violent, further damaging communities. As believers, it is incumbent upon us to commit ourselves to the conversations that must happen in order to see substantive change in our churches and communities. At the same time, we must reject violence that leads to disorder and chaos rather than justice and peace. We also must affirm the God-ordained work of law enforcement, which is part of His design for just societies to restrain evil and lawlessness.

To our Black brothers and sisters, we affirm that Black lives do indeed matter. But this statement is simply the bare minimum affirmation, for Black lives do not just matter – Black lives are made in the image of God, Black lives are loved, and Black lives are worthy of being treated with the inherent dignity bestowed by God Himself. I want you to know that we are resolved in our commitment to Southwestern Seminary and Scarborough College being a place where our Black brothers and sisters in Christ are empowered to pursue training for the ministry to which God has called you. Our community must be a model for those seeking to know what it looks like for followers of Christ to live and learn alongside each other in a spirit of unity. This effort will require each of us to walk in charity as well as in humility.

It was on this day, June 19, in 1865 that Major General Gordon Granger arrived in Galveston, Texas, with the news that the U.S. Civil War had ended, and that those who had been slaves were now free men and women. Students of history will know the date of this arrival was two and a half years after President Abraham Lincoln issued the Emancipation Proclamation. This two-and-a-half-year gap is a reminder of the delayed justice still disproportionately felt too often by the Black community to this day. On this Juneteenth in the year of our Lord 2020, I stand alongside all my Black brothers and sisters in calling for justice and righteousness to flow like a mighty flood, and as we move forward together as a seminary and college community, I pray you will join me in this stand.

James A. Smith Sr. is director of public relations at Southwestern Seminary

View all posts by James A. Smith