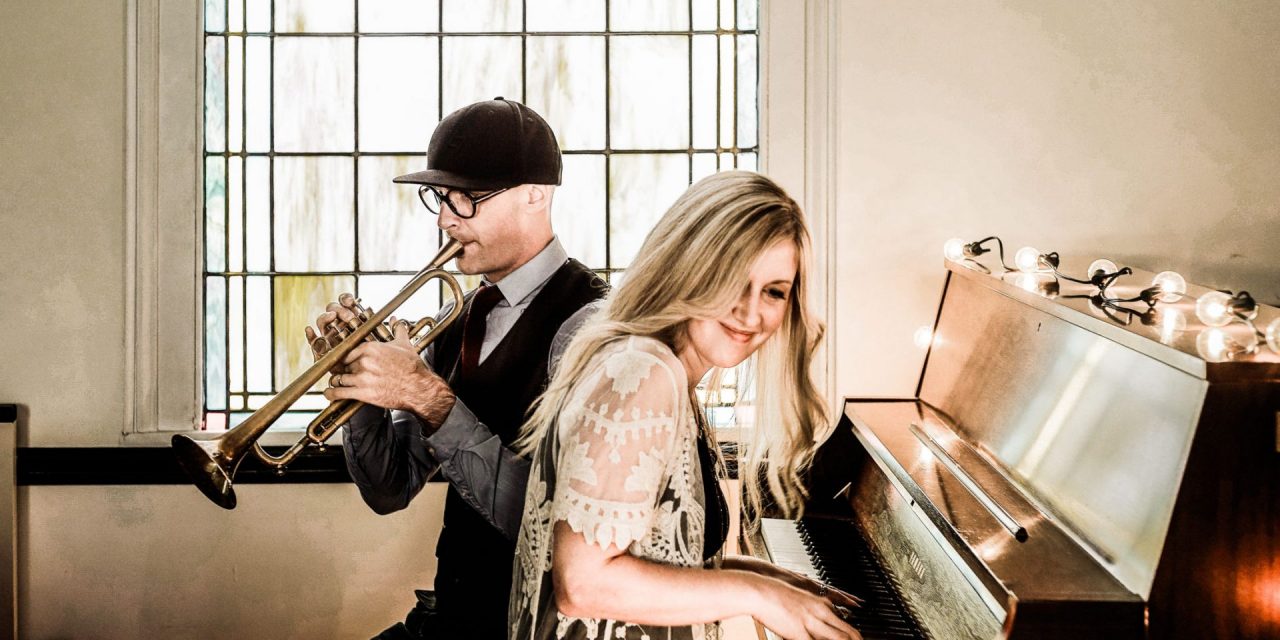 RICHMOND, Va.—When Eric Haney stepped onto the train platform after a long night of music rehearsal in Stockholm, Sweden, his eyes were drawn to the wall of posters advertising music groups and concerts. It was all black, with what Eric describes as the “saddest looking people I’ve ever seen.” That wall represented the whole reason Eric and his wife, Anissa, came to Stockholm 11 years ago and what has inspired their latest project “Stories of Hope.” 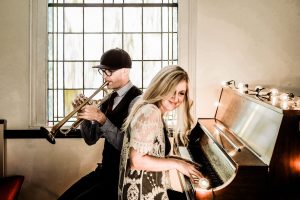 Eric and Anissa Haney serve with the International Mission Board in Stockholm. IMB Photos

Stories of Hope is a multimedia venture that has, at its core, seven New Testament stories put to music and orchestration. The songs will be performed at the Jazz Festival in Stockholm in October and will be released on a new album in November, which will include a narrative reading of each Bible story. The songs will also be used as the foundation of a devotional series on the YouVersion Bible app and will be promoted through the Stories of Hope website and social media sites.

“We’re starting here, but our dream is that this will be a global ministry. We want to see the music we’ve created used in other countries with the stories being read in their heart languages,” Anissa said. “We want to have posters about our project all over that wall outside the train platform. We want to create a wall of hope and not darkness.”

Stories of Hope was birthed in Anissa’s heart many years ago. When she and Eric first began their overseas ministry, they heard about the concept of Bible storying through a colleague who works primarily with cultures who learn best through oral methods—telling and hearing stories rather than reading them. Eric is a trumpeter, Anissa a vocalist, and both are well-rounded musicians who are used to telling stories through music. The idea of relating the truths of Scripture through story form worked beautifully in tandem with their vision to reach the arts community through music.

When Haneys moved to Stockholm, they began to share Bible stories from Scripture and saw an overwhelming response. Storying Scripture helped them connect spiritual realities with the needs of the people around them.

“Wow. These stories in our context connect to personal stories and experiences. We started to see how putting these stories to music and song, to help people hear them in a fresh, new way, could be life changing,” Anissa said.

They started to write and compose the music and lyrics that would affect change in the lives of music lovers in Stockholm and beyond. Eric and Anissa chose specific Bible stories that people in Stockholm seem to connect with personally. But Anissa and Eric know these Scriptural truths are not just for people in one context. They want to bring new hope to those lost in the darkness and help believers experience God’s Word in a fresh and new way.

“Music and art breathe life and beauty into our souls,” Anissa said.

“They can transport us back to a memory or a feeling. They can go where words cannot go. This is why I believe music and art are one of the most effective vehicles for sparking Gospel conversations. They tear down fortresses that people build around their hearts and leave them vulnerable and open to hearing and receiving the love of Christ.”

Eric has composed the orchestral component of the songs and each note he writes is done prayerfully.

“When I write a score, I see faces. In their world, nobody cares for them. Somebody has to go into this difficult world with the message of hope,” Eric said. “With every single note and word and lyric, we ask ourselves, ‘how do we express their pain and bring the hope of Christ forward? We want to bring the gospel to the public square. The world needs hope right now.”

Anissa has written lyrics and the accompanying devotionals with the same prayerful attitude, asking God to use their music to convey His truth.

“God continues to amaze us by how He can use art and music to get His message deeper into hearts,” she said. “We’ve seen music melt some of the hardest of hearts. We’ve been there when artists were ready to enter into a dialogue about the ultimate Creative—God—for the first time.”

Scripture supports the idea of the power of song. Psalm 40:3 says, “He put a new song in my mouth, a song of praise to our God. Many will see and fear and put their trust in God.” A new song can be a catalyst to move people to put their faith in God. Eric and Anissa have witnessed this firsthand and are blessed to see people coming to Christ in Stockholm on a weekly basis.

Eric and Anissa are eager to have churches partner with them in this venture, Stories of Hope. To give financially, support their project through International Mission Board. To keep up with upcoming events, prayer information, and to see videos of the material, visit their new Facebook page. For churches interested in the Haneys about coming for a concert or to find other ways to support the project, write to the Haneys at storiesofhope.se@gmail.com.

Be in prayer for them as they complete the work for the fall release and concert, and join them in their effort to reach the world with the gospel of Christ one story at a time.

Karen Pearce is a contributing writer for the IMB who serves among European peoples.

View all posts by Karen Pierce