IMB WEEK OF PRAYER: Missions on and off the street 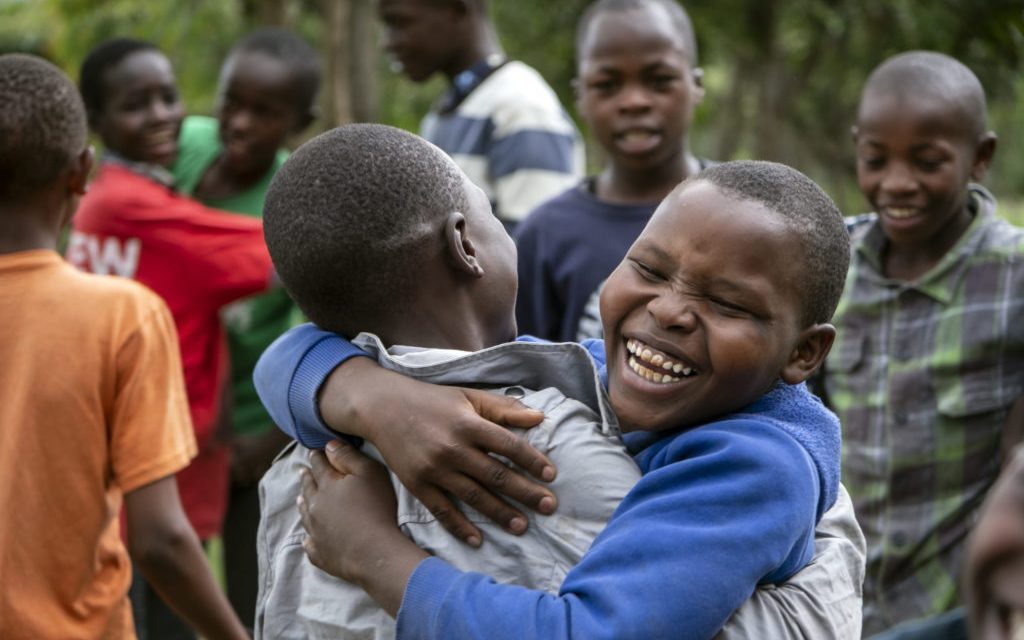 EDITOR’S NOTE: This year’s Week of Prayer for International Missions in the Southern Baptist Convention is Nov. 30-Dec. 6, focusing on Rev. 7:9 (“I saw a great multitude from every nation and all tribes ….”) The theme undergirds the Lottie Moon Christmas Offering for International Missions. The offering, in tandem with Cooperative Program gifts from Southern Baptist churches, supports international workers in seeking to fulfill the Great Commission. Gifts to the Lottie Moon offering are received through local Southern Baptist churches or online at IMB.org/lmco, where there are resources to promote the offering. This year’s goal is $175 million. 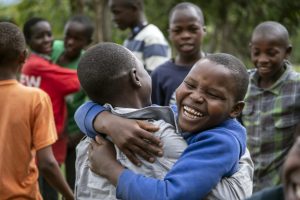 The Naivasha Children’s Shelter in Naivasha, Kenya, provides a safe place for boys living on the streets. Often the city’s street boys are marginalized, beaten and abused. The shelter provides the boys a safe place to live as workers seek to reunite them with their families.

Hundreds of thousands of boys sleep on the streets in Kenya. These children are marginalized, beaten, sexually abused and arrested. Many Kenyans regard them as worthless and not to be trusted. Kenyans call these boys “trash eaters.”

International Mission Board (IMB) missionary Kristen Lowry and the staff at the Naivasha Children’s Shelter in Naivasha, Kenya, see the value and worth in the life of each boy. They seek out these boys and bring restoration to families and rehabilitation to broken lives.

Kristen’s first interactions with the street boys of Kenya took place in 2009 while she was on a photo assignment with IMB. Throughout the assignment she followed Eunice Murage, a Kenyan woman, as Eunice worked in the streets with the boys. As Kristen witnessed the boys’ living conditions and the way they were treated, she prayed for God to send someone to help them. Six months later, God called Kristen to work with the boys in Nairobi, Kenya.

Once Kristen moved to Nairobi, she moved in with Eunice. If the boys needed a safe place to stay or recover from wounds they sustained on the streets, the two women took them into their home. Eunice and Kristen began to make plans to start a rehabilitation and reunification center but had no means to purchase one.

On Christmas Day, 2013, their prayers for a facility were answered. An orphanage in Naivasha had opened in 1999. Kristen’s mom, a real estate agent in the U.S., met a man through her work who served on the board of directors for the orphanage. When he learned that Kristen was looking for a facility, he and other trustees voted to appoint Eunice and Kristen as co-directors of the Naivasha Children’s Shelter in January 2014.

When a boy wants to be rescued, one of the social workers from the shelter will schedule a time to pick up the boy from the street and bring him to the shelter. Once at the shelter the boy learns skills, participates in counseling, catches up on education, takes responsibility for chores and ultimately, experiences love and a stable environment.

“Before I had my own children, I had street children,” Kristen said. This sentiment rings true with the staff at the shelter; their care for the boys goes beyond the walls of the shelter. Once the boys are reunited with their families, the social workers continually visit the boys and their families to make sure all is running smoothly and provide counseling to both boys and families if necessary.

The shelter is not an orphanage, but a place where each individual child receives personal attention and encouragement, all building to the goal of being reunited with their families. Much like the prodigal son in the parable Jesus told in the New Testament, these boys are ashamed to return home because they think their time on the streets has made them “less than” or “dirty,” Kristen said. As they receive counseling and experience God’s love and kindness through the shelter’s staff, their confidence in who they are and their desire to reunite with their families increases daily.

“If I could tell a friend on the streets one thing about the shelter,” said Frances, a boy living at the shelter, “I would tell him, ‘Come to shelter and change your life and find your family.’”

PRAY that Frances and other boys like him will find new life in Christ.

PRAY that as the boys are reconciled with their families, the families will also find hope in Jesus.

PRAY that God will bless the work of the shelter’s staff as they reach out in love to boys who are hurting.

Watch a video about the Naivasha Children’s Shelter .