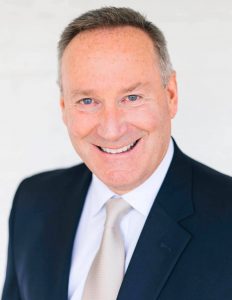 ELIZABETHTOWN, Ky. (BP)—A Kentucky Baptist pastor is leaving the pastorate to work with the International Mission Board (IMB) in late January.

Bill Langley, senior pastor of Elizabethtown, Ky., Severns Valley, made the announcement to the congregation on Sunday.

In a statement on Facebook, Langley says he will be working with the IMB to help Southern Baptist churches that have no recent connection to the mission agency. He’ll be focused on churches west of the Mississippi River.

Langley has pastored Severns Valley for about 11 years. He and his wife, Sheri, have served three other churches in Oklahoma and Texas and with the IMB. He says it has been a joy to serve the Elizabethtown church.

“When we said yes to God and to the people of Severns Valley, we assumed this would be the place where we would, ultimately, retire,” he said.

He says after a season of prayer and discussion, he and his wife believe God is assigning them to the new task with the IMB. “My new job will be for the purpose of building stronger relationships, connections and partnerships with our local congregations so that, as a convention of churches, we can increase our obedience and effectiveness to Christ’s commission of going into all the world and making disciples,” Langley said.

IMB President Paul Chitwood believes Langley’s pastoral experience and example will be a great benefit to other pastors. “I’m incredibly grateful to have a leader of his caliber coming to IMB to help strengthen our partnerships with associations and those who lead in the association mission strategist roles across the SBC.”

Chitwood says he tapped Langley because he’s led by example helping Severns Valley to be one of the leading Cooperative Program giving churches in the Southern Baptist Convention. The Cooperative Program is an initiative by which local churches support the work of state conventions and Southern Baptist organizations such as the IMB and the North American Mission Board.

Langley has been active in the Severns Valley Association while pastoring Severns Valley. Shawn Edwards, associational mission strategist, says one of Langley’s legacies will be the strong staff he leaves. Edwards credits the staff for helping develop strong leaders in the congregation.

“They are some of the most spiritually gifted people I know. Along with the staff, God has blessed Severns with some passionate lay leaders.”

Langley has also been active within the Kentucky Baptist Convention serving on numerous committees and as the convention’s president in 2016-2017.

KBC Executive Director-Treasurer Todd Gray reflected on Langley’s time in Kentucky. “Bill has led Severns Valley well for the past 11 years with sound biblical preaching, solid fiscal guidance, and building a staff team that is second to none, while helping the church remain focused on reaching the community with the gospel.”

Gray says while the news is bittersweet, it should encourage Kentucky Baptists because, “Bill’s new assignment allows us to send another of Kentucky’s best to serve our larger SBC work.”

Dozens of people responded to the announcement on Facebook with words of congratulations and affirmation. Langley and his wife say they’ll be relocating to Oklahoma and will take on the new responsibility the last week of January.

Brandon Porter is broadcast editor of Kentucky Today, the news website of the Kentucky Baptist Convention.