IMB president: Your state convention helps churches reach your state and our world for Christ

My first international mission trip took place on a farm in central Kentucky.

As a new pastor in the community, I found myself interacting often with migrant workers from Central and South America. And I soon realized that most were spiritually lost. From conversations with farmers, I learned many of them were as concerned as I was about the eternal state of the souls of these (mostly) men who were so far away from their homes and families. As we began to pull together churches in our association and piece together a plan to begin a migrant ministry, we found an organization ready and eager to help us: our Baptist state convention. With the assistance of our state convention staff, we were soon seeing people from all over Mexico, Guatemala, Honduras, and Nicaragua come to Christ—though we never left Kentucky. 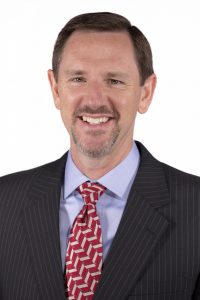 Ministries in our 41 Southern Baptist state conventions vary from state to state, but their mission is the same: help churches reach their state and our world for Christ. As we enter the fall of the year, most of our state conventions are promoting their annual state missions offering to support these vital ministries. My family will be giving to support the work in our state. As grateful and enthusiastic as I am for Southern Baptists’ support of international missions, I’m also thankful for and supportive of the ministry and mission work of our state conventions.

From my past experience as a pastor and state missions leader, I have seen firsthand the missional impact of state convention ministries. Where I served in Kentucky, more than 100 missionaries in the state receive varying levels of support for their work. Ministries to refugees, migrants and ethnic minorities are often led or assisted by state convention team members and resources. State conventions help facilitate church planting, church strengthening and revitalization efforts, as well as provide evangelism training and coordinate Disaster Relief ministry. In many states, collegiate work is led by the state convention, and support is also provided for the ministry of local Baptist associations.

One of our adopted daughters was rescued and kept safe by our state convention’s orphan and foster care ministry before she came into our family. The lives of unborn children are being saved by crisis pregnancy centers that are often funded, in part, by the state convention. Several state conventions are actively involved in lobbying efforts for legislation that will protect unborn children from the horror of abortion.

Many state conventions provide training and funding for prison ministries, through which inmates are hearing the gospel, trusting Christ, and being baptized by local churches. Women in the adult entertainment industry are being shown pathways to freedom and salvation, and churches are equipped for ministry to the homeless and those suffering addiction.

Across America, people are finding new life in Christ as churches work together through their state convention ministries. In addition to your church’s Cooperative Program support, your annual state mission offering is an opportunity for Great Commission and Great Commandment giving. Will you join my family and be a part of what God is doing through these ministries by giving through your state mission offering this year? 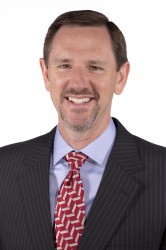 Paul Chitwood is president of the International Mission Board.

View all posts by Paul Chitwood