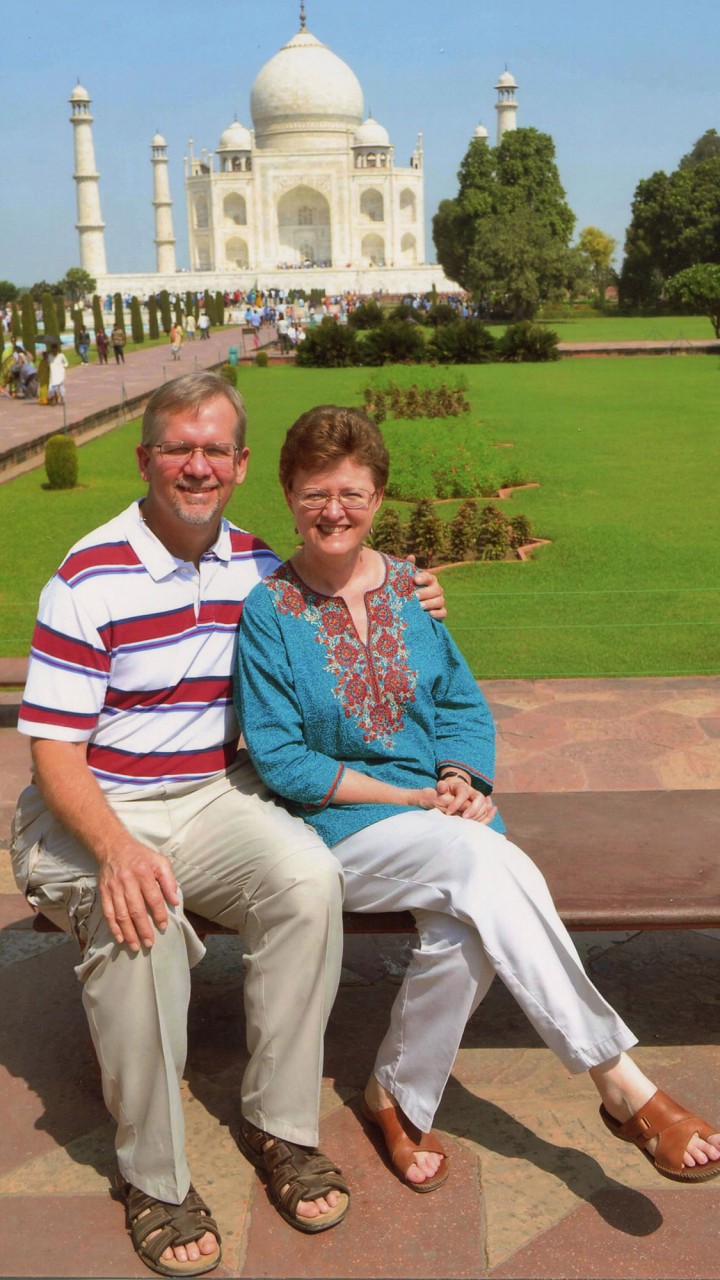 RICHMOND, Va. (BP) — International Mission Board President Paul Chitwood announced Jan. 30 that Todd Lafferty will be presented to the entity’s board of trustees as his recommendation 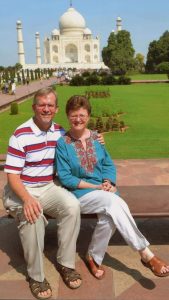 Todd and Susan Lafferty visit the Taj Mahal in the Indian city of Agra in 2012. The Laffertys served as International Mission Board personnel in a nearby country, sharing the gospel among South Asia’s 1.5 billion people who have no personal relationship with Jesus Christ. Submitted photo

for the IMB’s next executive vice president. IMB trustees, who meet Feb. 6-7 in Richmond, Va., are responsible for electing the person who serves in the EVP role.

Todd Lafferty currently serves as pastor of mobilization for Shades Mountain Baptist Church in Birmingham, Ala. He and his wife Susan previously served with the IMB for nearly 29 years.

“Seeking input from our IMB personnel on the field and in Richmond, and hearing from several board members and Southern Baptist Convention leaders, I was pointed again and again to Todd Lafferty, a man I’ve known for over 15 years,” Chitwood said. “Todd’s education and diverse background as an IMB missionary and staff member, along with his pastoral experiences in the local church in the U.S. and overseas, have uniquely prepared him for this significant leadership role.”

“In my role as board chair with the IMB a decade ago, I had the privilege of traveling across South Asia with Todd and seeing him interact with scores of missionaries serving on his team,” Chitwood noted. “I also watched him interact with two of my children who accompanied us on the trip. Todd impressed me as a strong leader, humble servant, and sincere Christ-follower with a burning passion for the lost. The Lord is kind to bring him back to the IMB.” 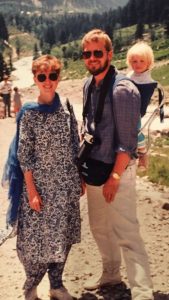 Susan and Todd Lafferty hike through a valley in South Asia in 1993, with their daughter Becca in tow, shortly after their appointment as International Mission Board missionaries to the region. On the mission field, Todd Lafferty served as pastor of an international church in a large South Asian city. Submitted photo

Lafferty first served as a Journeyman in Scotland from 1983-85. The Laffertys were appointed as career IMB missionaries in 1991 and started their journey in a large South Asian city, where Lafferty served as pastor of an international church. Later he added the role of strategy coordinator for the city to his responsibilities.

From 2000-2003, Lafferty served as a candidate consultant with the IMB, based in Richmond, Va. The Laffertys returned to the field in 2003 and served in a variety of roles including strategy associate in the Pacific Rim Region, interim regional leader of Pacific Rim, and the affinity group leader for South Asian peoples. The Laffertys finished their last stateside assignment with the IMB and retired in 2018.

In his current role at Shades Mountain Baptist Church, Lafferty oversees the church’s mission efforts, which includes supervising a collegiate church planter at the University of Alabama at Birmingham, giving leadership in their partnership with a church plant in Tucson, and spearheading Shades Mountain’s engagement of unengaged, unreached people groups. He provides oversight to a ministry to fatherless boys called “Fathers in the Field,” and he developed a ministry called “The Next Season,” for people transitioning to a new stage of life.

The EVP relates directly to trustees, to the Southern Baptist constituency, and to others as a spokesman for the IMB president. He will coordinate with trustee leadership to develop and establish board policies and procedures consistent with the president’s strategy.

If elected, Lafferty will begin as EVP on March 1. He will succeed Clyde Meador, interim executive vice president, who has served in the role since November 2018. Meador has agreed, at Chitwood’s request, to remain at IMB for an unspecified amount of time in the role of “Special Assistant to the President.”

Lafferty earned a bachelor’s degree in marketing management from the University of New Mexico, and a master of divinity degree from Southwestern Baptist Theological Seminary. He is currently completing work toward a doctoral degree from Malaysia Baptist Theological Seminary. The Laffertys have three children: Becca, 27, Jenna,24, and Jonathan, 20.