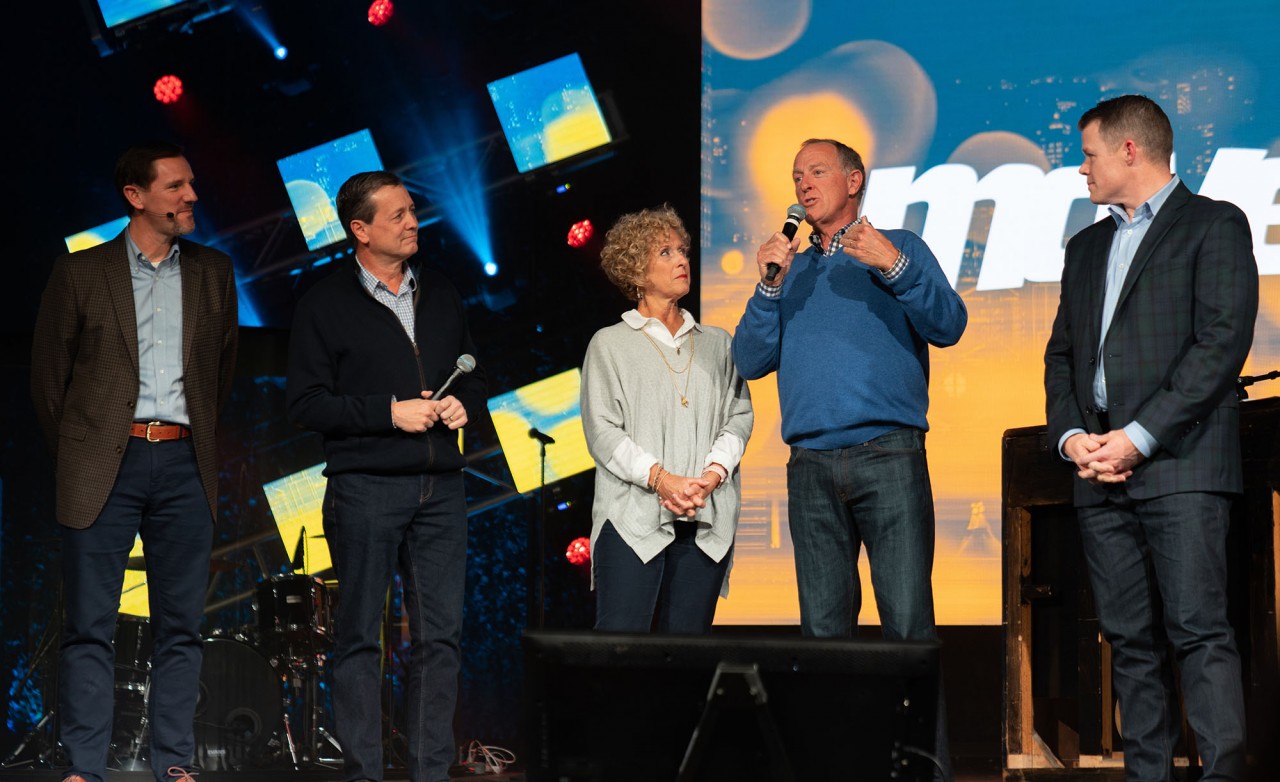 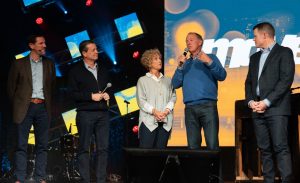 Bryant Wright, fourth from left, shared news Friday, Feb. 28 that he will be president of Send Relief. Wright shared the news at Move Week, an annual global missions conference at Marietta, Ga., Johnson Ferry where Wright pastored for 38 years before retiring in Dec. 2019. Also pictured, from left, are Paul Chitwood, president of the International Mission Board, Kevin Ezell, president of the North American Mission Board, Wright’s wife Anne and Clay Smith, senior pastor of Johnson Ferry Baptist Church. Photo by Danny Delgado/NAMB

ALPHARETTA, Ga.—The International Mission Board (IMB) and the North American Mission Board (NAMB) announced Bryant Wright as the new president of Send Relief today, March 2. Wright was the founding pastor of Marietta, Ga., Johnson Ferry, where he served for 38 years.

“In today’s culture, compassion ministry is a wonderful way to win the right to be heard, not just with people you’re ministering to who are in great need, but with those who see Christians respond to needs in a compassionate way,” Wright said. “Send Relief allows us to have a positive witness on behalf of the whole convention.”

The announcement comes two weeks after NAMB and the IMB announced plans to collaborate on national and international compassion ministry under the banner of Send Relief.

“Paul (Chitwood, IMB president) had the idea to pursue Bryant for this role, and I am so grateful,” said NAMB president Kevin Ezell. “Bryant dedicated much of his life to Johnson Ferry Baptist Church and built a congregation that is passionate about spreading the Gospel to the ends of the earth and about compassion ministry. Their church makes an impact in Atlanta and around the world, and I am so excited that he is going to be stepping into this role.” 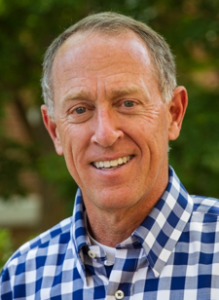 As the president of Send Relief, Wright will report both to Ezell and IMB president Paul Chitwood to oversee and coordinate their joint efforts in compassion ministry.

“Bryant Wright is a model Great Commission leader,” Chitwood said. “As a pastor whom God used to grow a megachurch, twice-elected Southern Baptist Convention president and a man with the nations on his heart, Bryant will be a strong voice to champion the compassion ministry of Southern Baptists’ two mission boards. He has been heavily involved in that work, both with NAMB and IMB, for many years. I look forward to seeing how God will use him to lead Southern Baptists to continue to help the hurting and share hope with the lost.”

Wright described the impact of the collaboration between IMB and NAMB to provide a single avenue for Southern Baptists to serve through compassion ministry.

“To have the IMB and NAMB joining together to make it so much easier to know where to go, who to call when crisis needs come up—it’s really helpful,” Wright said. “I’m thankful for both Paul and Kevin joining together and for reaching out to me with this opportunity to continue on in ministry for years to come.”

Wright is the founder and chairman of Right from the Heart Ministries, a media ministry he started in 1992 designed to share the message of Jesus Christ outside the walls of the church. He retired from his role as senior pastor of Johnson Ferry Baptist Church on December 15, 2019. The church grew to over 7,300 members under his leadership.

Typically, when a tenured pastor retires from Johnson Ferry, the church takes a love offering for the pastor and his family. Wright announced his retirement in Nov. 2018. In June 2019, he and his wife suggested to church elders that they forego receiving a love offering on their behalf and instead promote an offering for Great Commission causes. The church held a special one-day missions offering Nov. 3, 2019, and raised $5.1 million, which was divided among IMB, NAMB and the church’s ministry budget.

“The way Johnson Ferry responded to the call to give to missions, in honor of Bryant, gave us all a glimpse into the heart he has for missions and the heart he cultivated in his congregation as their pastor,” Ezell said. “I look forward to seeing him bring that same passion to all of us as Southern Baptists as he serves through Send Relief.”

Wright and his wife Anne live in Marietta, Ga., and have three grown sons, three daughters-in-law and seven grandchildren.