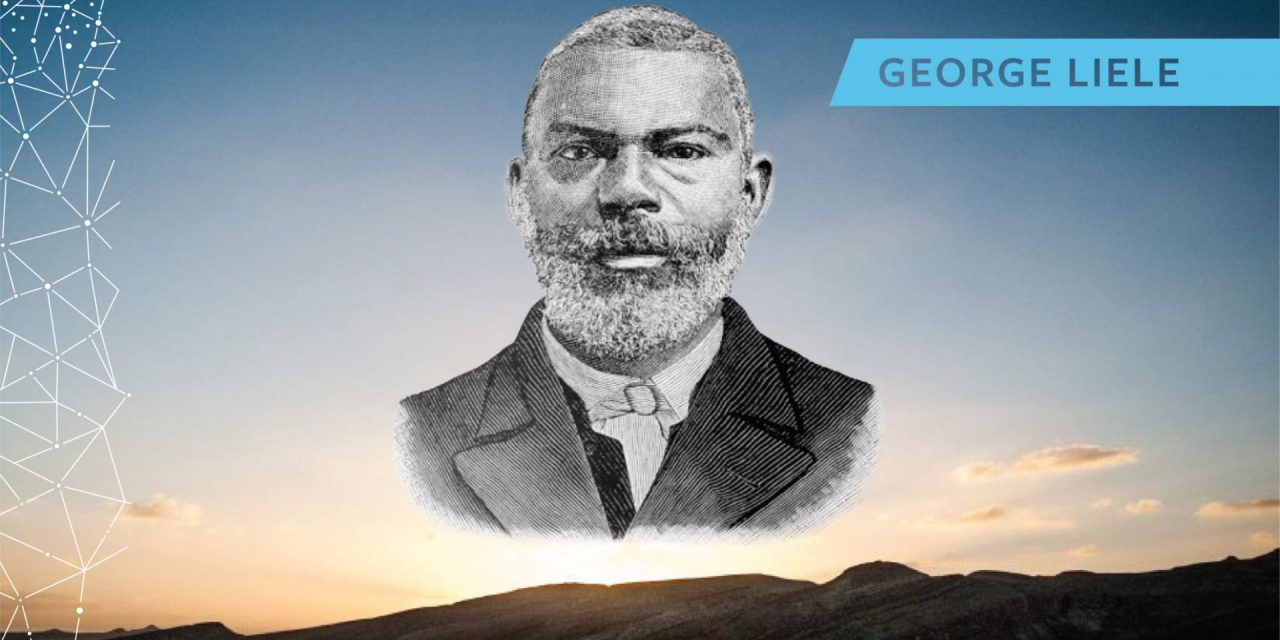 RICHMOND, Va.—The executive committee of the Southern Baptist Convention (SBC) voted in February 2020 to approve the first Sunday in February as the annual George Liele Church Planting, Evangelism and Missions Day, at the recommendation of the International Mission Board (IMB). The first George Liele day will be celebrated on Feb. 7, 2021, and will kick off a month-long recognition of the diversity of Southern Baptists serving in missions.

Resources for the George Liele recognition Sunday can be found at imb.org/heroesoffaith. Resources include videos, promotional pieces and a children and family activities book.

“The benefit of recognizing George Liele Day inspires and encourages people of the Great Commission that God can use all of us despite the most unlikely of situations,” said Marshal Ausberry, pastor of Fairfax Station, Va., Antioch and president of the National African American Fellowship.

“Here a once enslaved man is so zealous for Christ that he shared the Gospel at the cost of imprisonment and under the threat of death. That alone should encourage all of us to live out the Great Commission,” Ausberry said.

In February, the IMB will also showcase a series called Heroes of Faith and will share stories of African American missionaries who have been faithful to say “yes” to God’s call. The month will close with another Future of Missions event, focusing on racial diversity.

“The IMB strives to represent the diversity of our Southern Baptist Convention of churches,” IMB President Paul Chitwood said. “Every church, every nation isn’t a slogan. It’s the only pathway to see the fulfillment of the Great Commission. I’m praying that this celebration of the involvement and leadership of African American Southern Baptist missionaries will result in many more missionaries from African American SBC churches sending their missionaries through the IMB.”

Jason Thomas, African American church mobilizer strategist for the IMB, said that Liele’s story has often been overlooked, but that his legacy and those of other Black missionaries can encourage more diversity on mission frontlines around the world.

“Liele’s legacy serves as a powerful symbol of how God’s transforming power of salvation can lead men towards extraordinary obedience in faithfulness to the Great Commission,” Thomas said.

“IMB, in partnership with National African American Fellowship, has been given the privilege to introduce George Liele to the Southern Baptist Convention’s missions community and beyond,” Thomas continued. “Our hope is to inspire more African Americans and other diverse communities to embrace past and present missionaries like Liele who faced tremendous adversity, yet still persevered for the sake of the gospel.”

Though his name is unfamiliar to many, George Liele, a freed Georgia slave, was one of the most significant figures in the history of Christian missions. He came to Christ in 1773, at the age of 23, and was baptized by his white pastor, Matthew Moore. Sometime after Liele’s conversion, his owner, Henry Sharp, who was a Baptist deacon, gave Liele his freedom so he could pursue God’s call. Liele preached for two years in the slave quarters of plantations surrounding Savannah and into South Carolina after his conversion.

In 1778, Henry Sharp was killed in the Revolutionary War. After his death, Sharp’s heirs took steps to re-enslave Liele. As result of their actions, Liele was thrown in jail. Eventually, he was able to produce proper documentation concerning his freedom and was set free. George and his wife, Hannah, and their four children left Savannah and set sail for Kingston, Jamaica, in 1782.

When Liele landed in Jamaica it was a British colony. There, Liele found land and a people who needed the Gospel. Slaves were brought from Africa to Jamaica to work on the sugar plantations. These men and women had no real knowledge of Jesus Christ and His plan of freedom and redemption. Liele planted a church and held a baptism service every three months. These baptisms were public events in which professing converts were baptized in the ocean or nearby river.

Not only did Liele’s ministry lead to a spiritual impact on the island, but his work also made a social difference for the Jamaican slaves. By July 31, 1838, slavery was eradicated in Jamaica. In 1814, there were only about 8,000 Baptists in Jamaica. This number included slaves, freedmen and some whites. However, as a result of Liele’s ministry, by 1832 there were more than 20,000 believers.

As an effective missionary and evangelist, Liele was known for encouraging his converts to go preach the Gospel to the lost. Missionaries under his leadership went to Savannah, Ga., Nova Scotia and Sierra Leone. George Liele died in 1828.

“He was born into slavery but, through the power of Christ, became a messenger of the Gospel that multiplied African American Baptist churches in America, Jamaica and beyond,” Thomas said.

Visit the imb.org/heroesoffaith for resources for your churches and families.