Hockey player goes for gold, focuses on ‘Audience of One’ 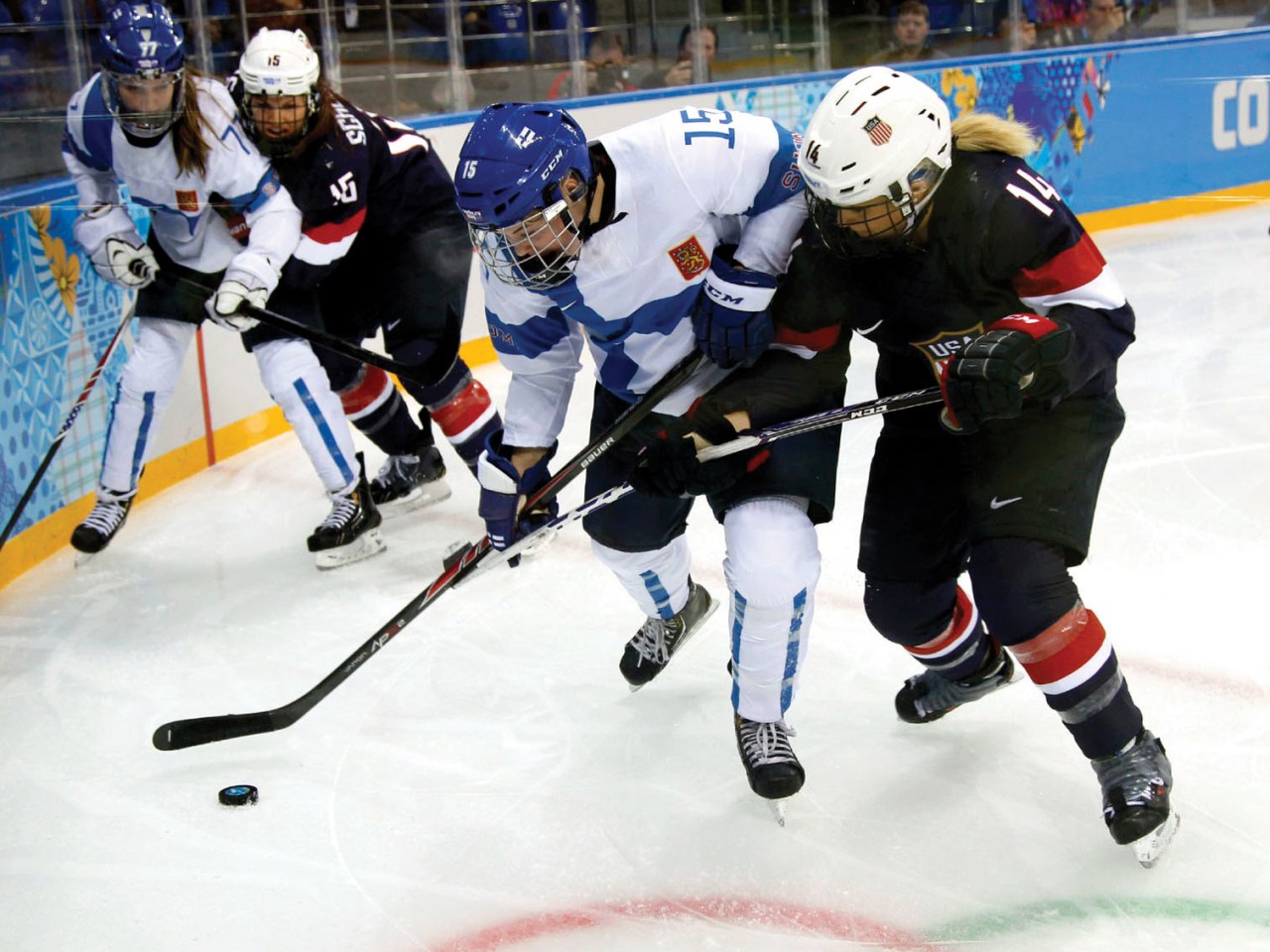 ST. CLOUD, Minn. (BP)—Anne Schleper, a defenseman on the United States women’s Olympic hockey team, is an Olympian with a plan.

Schleper, 24, said she approached her team’s quest for a gold medal in Sochi, Russia, as a Christ follower who invites Him onto the ice with her.

The U.S. faced Canada in the gold medal game Feb. 20, after the publication deadline for the Baptist Messenger.

“I’m a Christian and nothing happens in my life that isn’t filtered through God’s hands first,” she wrote Feb. 6 on her Twitter account.

Hockey players who compete internationally, as Schleper has been doing since 2008, can struggle at times with trying to impress teammates, coaches, family and friends, she said. More than anything, her walk with Christ helps her to overcome pressures that may come on the Olympic stage. 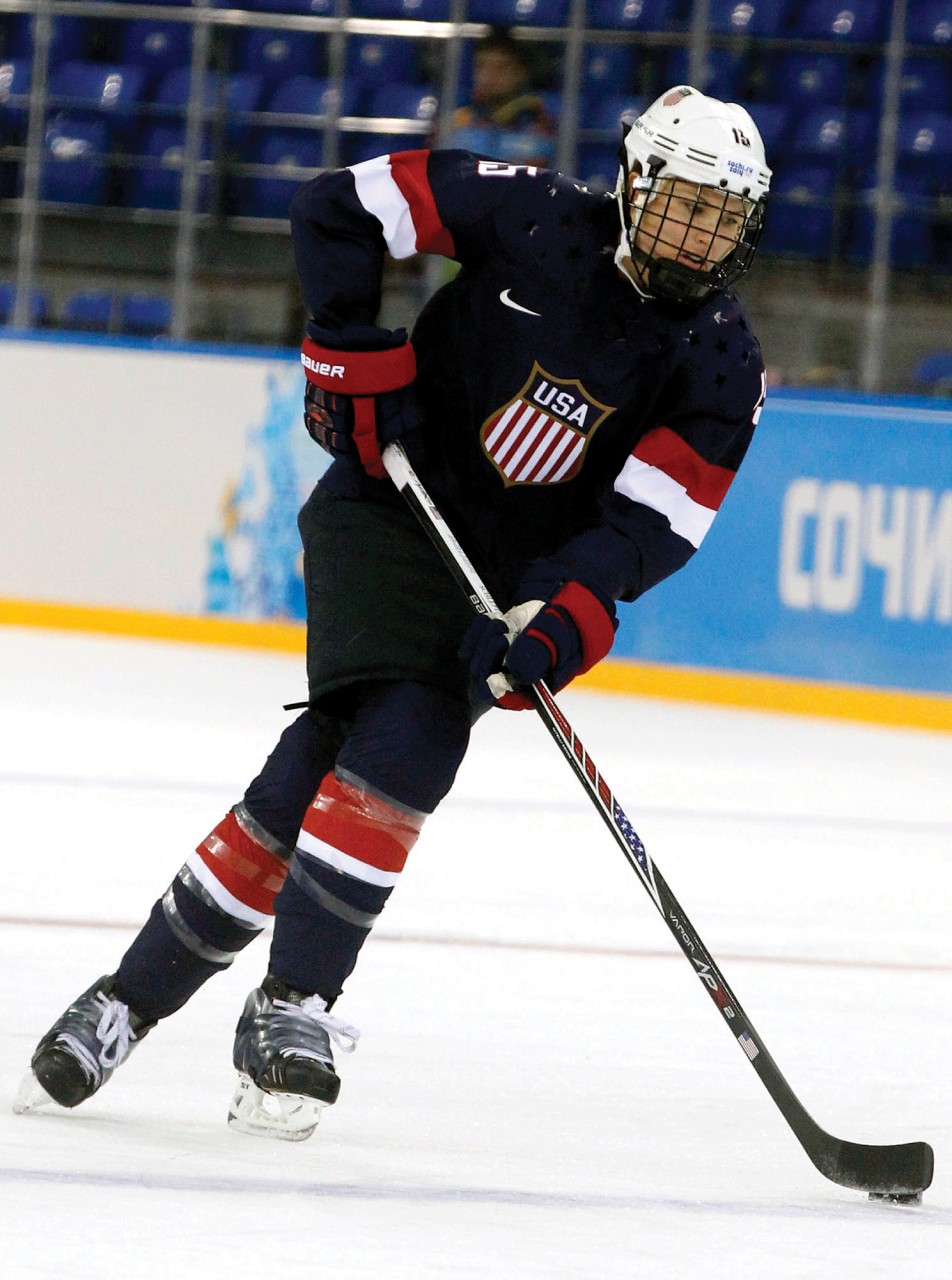 The United States and Canada have owned the medal platform in women’s hockey, winning all four of the gold medals, three silvers and a bronze since it became an Olympic sport in 1998. With the U.S. advancing to the finals after defeating Sweden 6-1, they had a chance to come away with gold with a win over Canada.

But “it’s not about that,” said Schleper, talking about the pressure of playing in the big game. “It’s all about my Audience of One and playing only for God.”

She learned how to do that at an Athletes in Action training camp that “absolutely changed  life.” She was raised in church, but had missed out on having a personal, daily time with Him. The Holy Spirit moving through the athletes at the camp helped her put it all together.

“That was kind of my game-changing moment,” Schleper said. “That’s when I really got to know the Lord. I developed that personal relationship with Him which I was missing all along growing up.”

Born in St. Cloud, Minn., Schleper said she was a typical Minnesotan in that “you pretty much learn how to skate before you learn to walk.”

She won numerous honors with the University of Minnesota Golden Gophers including: All-America; Big Ten Medal of Honor; all-conference all-academic team (three times); second all-time scorer for defensemen (114 career points); and a member of the 2011-2012 national championship team as an assistant captain.

She proved to be a durable player, never missing a game and setting the school record for career games played with 158.

Schleper (15 in background) battles a Finland player. Schleper shares how her Christian faith impacts her game.

She almost made the 2010 U.S. Olympic team that won a silver medal in Vancouver, lasting until the final cuts. When she did make it this time, her hometown was ready to celebrate. St. Cloud mayor Dave Kleis showed up at a Jan. 31 rally in her honor at her high school, St. Cloud Cathedral, to proclaim it “Anne Schleper Day.”

Though her play in Sochi could have helped her team earn gold, which would delight her friends and family back home all the more, Schleper seems to have a stronger desire to be a reliable presence that her teammates can trust.

“I just constantly try to be a light to them,” she said. “I want them to be drawn to me so that they are ultimately drawn to Him.”