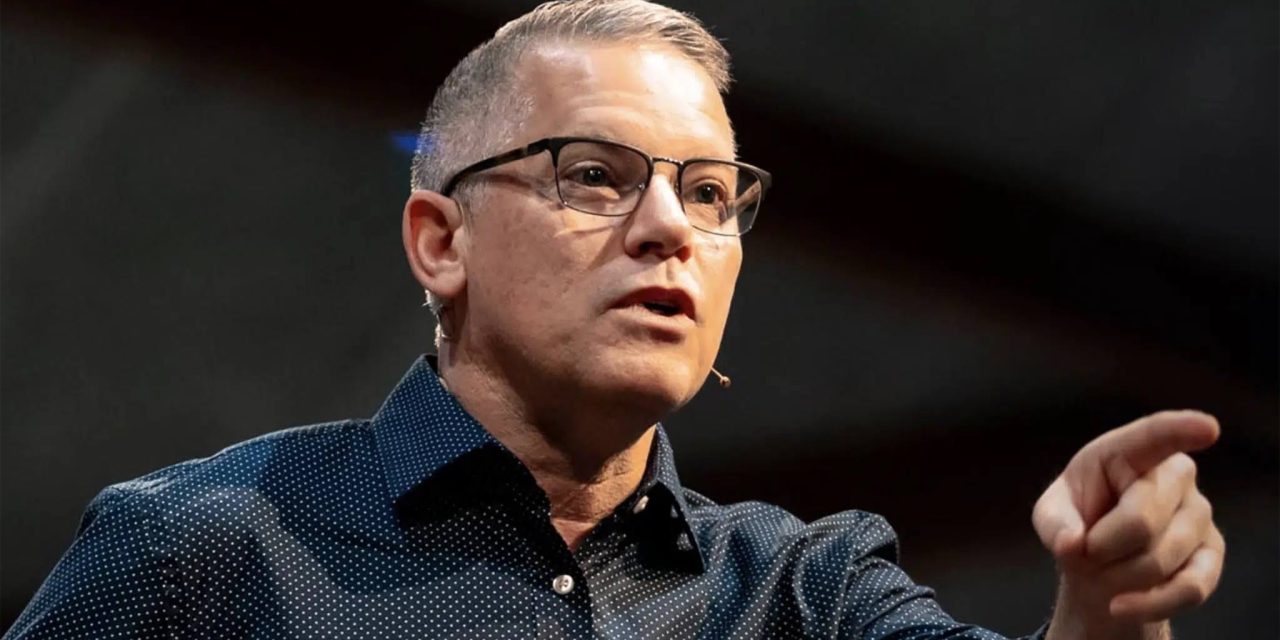 It was 1986, and Dance had just completed his business degree. Even back then, young people wanted to get the latest technology, and his eyes were set on a new VCR. So, he drove to a Montgomery Ward department store and bought one on credit.

“I think it was about $10 a month for it,” he said. “I don’t remember exactly how much I ended up paying for it, but it was at least twice as much as the sticker price. Even though I had a business degree, I didn’t think about it.”

That mentality can come back on pastors, he said. Not thinking ahead or considering how habits compound into a lifestyle tend to sneak up later in life.

Dance was a pastor for 27 years before starting Lifeway Pastors in 2014 and then taking on a similar role with Oklahoma Baptists. When Hance Dilbeck, former executive director-treasurer of Oklahoma Baptists, was named GuideStone’s next president last July, Dance followed him to become the entity’s director of Pastoral Wellness.

His experience brings advantages for helping pastors with wellness concerns.

He learned how to assess the environment, then, work toward the best outcome while maximizing the virtue of patience—things he holds in common with a third cousin, famed fisherman Bill Dance.

“My focus is to help pastors start and finish well,” he said. “We want them to get healthy and stay healthy. Our work is to build upon the definition of health that GuideStone has established throughout its history.”

That includes addressing emotional health as well as physical and financial. Pastors are tempted by the appearance of a successful ministry and, naturally, want it as well. But the late nights and endless hospital visits can lead to ignoring others.

“No one wants to start ministry with the intention of having broken relationships with his wife and kids,” Dance said.

Maintaining a healthy relationship with Christ and family are priorities, he said. But there is also the matter of knowing and growing from peers.

In Oklahoma, Dance led that effort by establishing more than 100 cohorts for a pipeline to identify and develop others for called to ministry. Groups ranged from juniors in high school to those into their tenth year leading a local church.

“We initially hoped for a couple of dozen cohorts,” said Dance. “When Hance learned that 40 percent of Oklahoma pastors were going to be retiring in the next 10 years, he felt we needed to ‘strengthen the bench,’ so to speak.”

During his career, Dance has noticed visible areas that affect pastor wellness.

“We want to live outside our means. That’s the typical top financial stressor,” he said.

“You don’t have to be proficient in everything, including money. Find someone who can teach you in that area not only for your own financial wellness but for the times you’re going to be at a finance committee meeting in your church.”

Physical health, perhaps the most visible wellness factor, has a history of being glossed over by ministers. “Our tribe doesn’t have the best track record for it,” Dance said.

Aside from pursuing a healthy devotional life, he also stressed the importance of pursuing your spouse.

“Our ministry will never be stronger than our marriage,” he said. “If our most important relationships are struggling, any applause we get for our ministry is empty.”

Discipline and maintaining guardrails are important.

Even though he hasn’t had credit card debt since paying off the VCR 36 years ago, Dance still uses them. He knows to not put more on a card than he can pay off at the end of the month.

There’s a metaphor to be considered—not bearing more than you’re supposed to handle.

“At GuideStone, our mental health claims have gone up 40 percent in the last three years,” he said. “We’re not here just for your physical and financial health. It’s all interconnected.”