After being compelled by the Lord and with prayerful consideration, I write this letter with a redemptive intent. From moral failings to public accusations, it is easy to be concerned about the present condition of the Southern Baptist Convention.

Is there a lack of humility across the board? Has years of harsh criticism, comparison, and condemnation finally caught up with us? Perhaps, a few reading this would say no. But I believe the evidence is overwhelming. Moral downgrade is not just around us, but also upon us, within us.

Sinful acts hidden in the darkness are now being brought to the light. I want to raise a few questions. Why have our dear brothers hidden their sins instead of seeking help? Why has it taken the Lord to expose them? I believe the answer lies in the tyrannical way we treat one another.

Is the old cliché proving itself to be true—”Christians are the only ones who kill their wounded”? Are we living this cliché out? Have we set one another up for moral failure by our unwillingness to truly love one another? Do our brothers who are caught in sin see us as safe? Can we truly ask one another for help in full transparency without being criticized or condemned? Have we focused so long on winning the lost that we have failed to love the wounded?

Paul’s command to the Galatians would serve us well if, as a whole, we would obey: “Brothers, if anyone is caught in any transgression, you who are spiritual should restore him in a spirit of gentleness. Keep watch on yourself, lest you too be tempted. Bear one another’s burdens, and so fulfill the law of Christ. For if anyone thinks he is something, when he is nothing, he deceives himself…” (Gal. 6:1-3).

We know this passage is not talking about people who flagrantly flaunt their sin, but brothers who failed to “keep watch” and, as a result, were overtaken by sin. They literally “misstepped.” We seem scared to admit our weaknesses to one another. Possible negative reactions appear to keep us from being honest about our burdens. Are we safe?

Let’s encourage our congregations to offer environments of love, understanding and compassion. Let’s prevent cultures of harsh criticism, name-calling and condemnation. Let’s stop thinking we are “something” and start looking at our “overtaken” brothers with compassion, instead of comparison.

Southern Baptists, are we safe? Let us heed the words of Jesus, “By this all people will know that you are my disciples, if you have love for one another” (John 13:35). 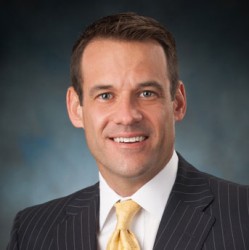 View all posts by Blake Gideon