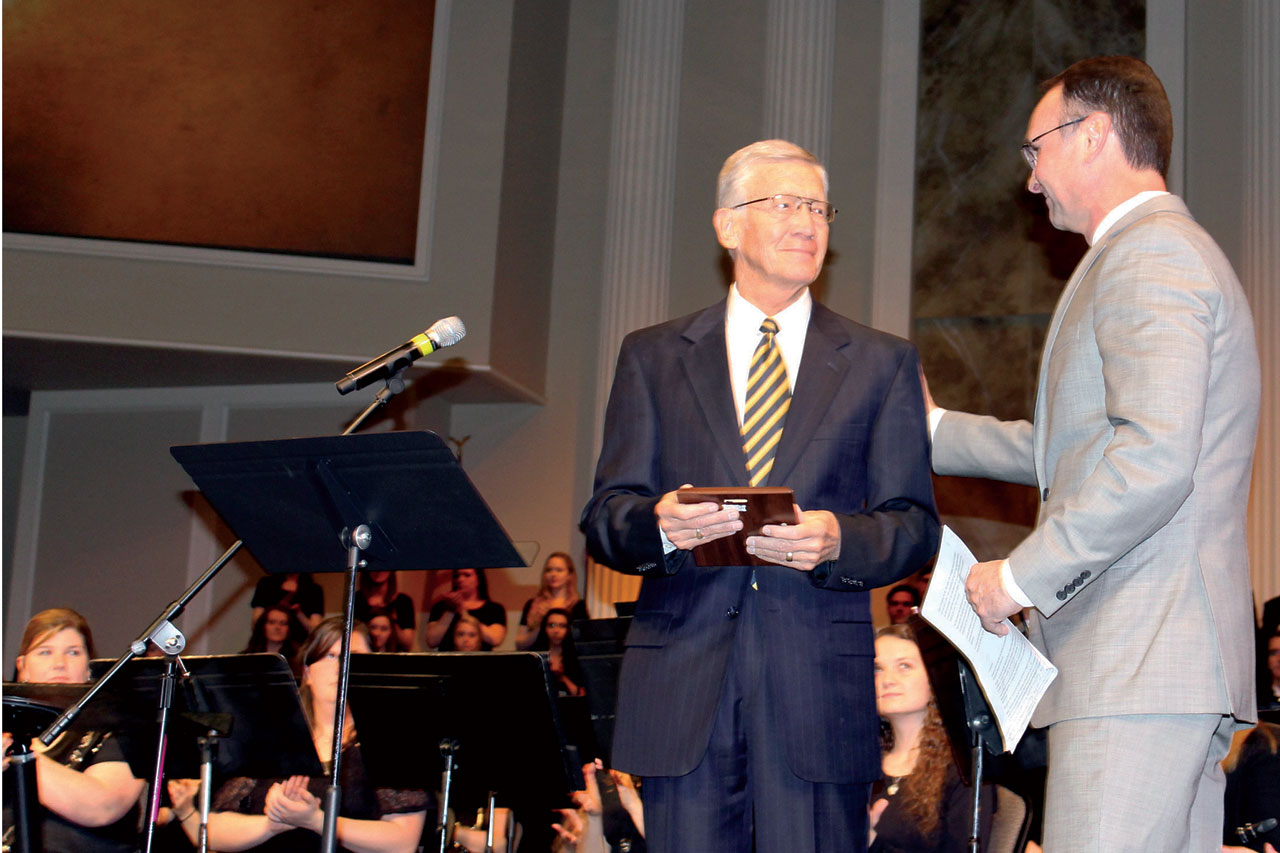 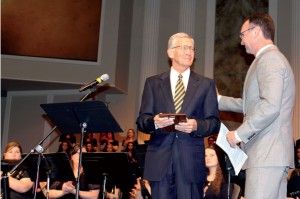 Upon receiving the award, Green said, “If there is one word that I could express tonight, it would be ‘gratitude.’”

Green’s accomplishments include being named one of the Outstanding Young Men in America, a recipient of Oklahoma Baptist University’s 1985 Profile in Excellence Award, president of the BCMC from 1995-97, and recipient of the BCMC’s Lifetime Ministry Achievement Award in 2010.

Green expressed thanks to many who significantly impacted his life and ministry, including his mentors, his mother, wife (Linda) and family, many friends and the Lord. 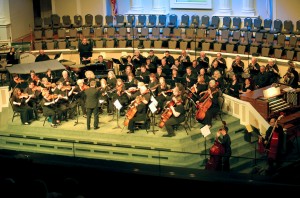 The Oklahoma Baptist Symphony presents a concert at the conference Sunday evening, April 19. (Photo: Bob Nigh)

“Little did I know when God called me as a young person in Elk City, where He would lead me. Wherever He leads I’ll go,” he said.

The conference, held at Oklahoma City, Quail Springs, featured a theme of “In Christ Alone,” and included a variety of vocal and instrumental performances as well as breakout sessions on a range of topics. It was moderated by BCMC President Jeff Elkins, minister of music at Tulsa, First.