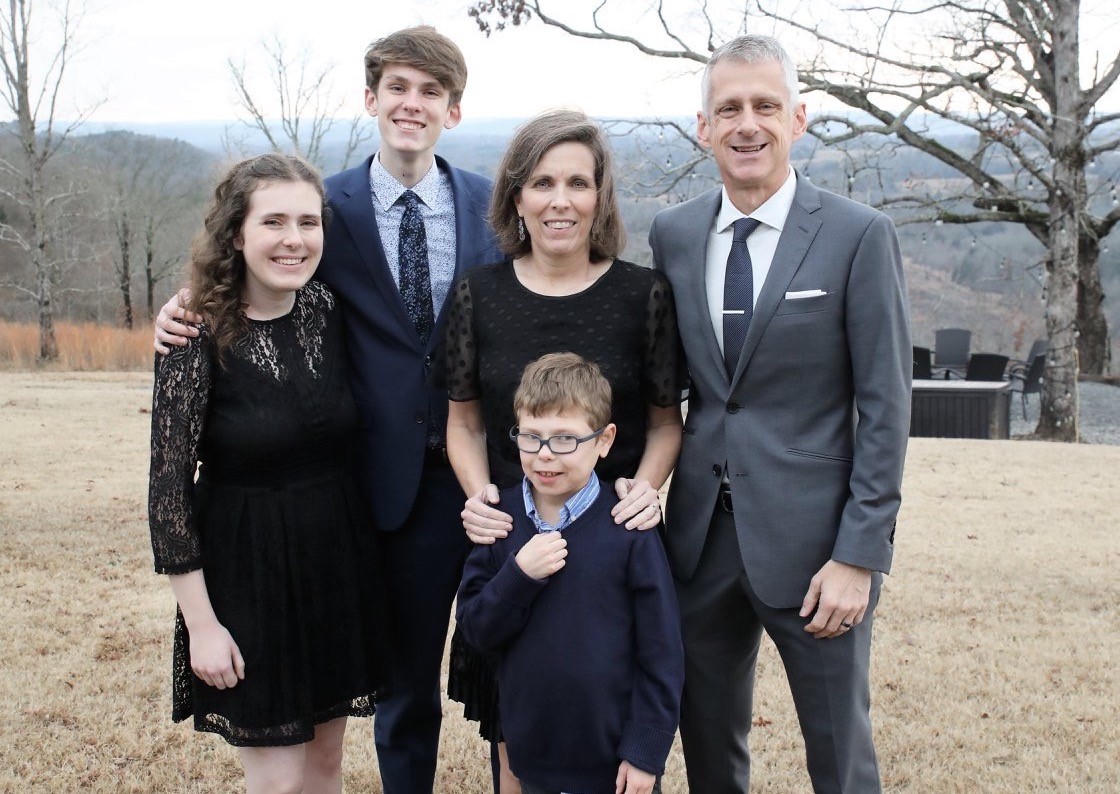 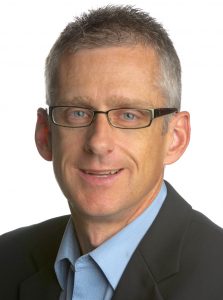 In this new role, Schroeder’s nearly 30 years of experience in the news industry will help him lead the editorial direction and team of journalists and editors at Baptist Press, the Convention’s news service.

In 2012, Schroeder joined USA Today as a senior writer reporting breaking news and writing enterprise and feature stories, along with analyses and columns. His national college sports coverage earned him nine Associated Press Editor awards. Schroeder was named president of Football Writers Association of America in 2009 and has serve on various boards of professional reporters.

In addition to USA Today, Schroeder’s bylines include The Register-Guard (Eugene, Ore.), The Oklahoman, The Arkansas Democrat-Gazette and Sports Illustrated, and he is also a regular host and co-host of multiple shows on SiriusXM radio.

George and his family are members of Norman, Trinity, where he serves on the church’s missions team, overseeing their ministry efforts in Guatemala through multiple trips each year.

Schroeder said these trips have fueled his passion for Christ.

“My desire is to proclaim the Gospel and to see people come to Christ,” he said. “I’m so thankful for His kindness in allowing me the opportunity to go and share the Good News. In the last few years, working with partners in Guatemala, we’ve been intentional in attempting to sink roots into the village of Santa Lucia Milpas Altas, Sacatepequez—and praise God, we have seen many come to saving faith.”

Southern Baptist service is not new to the Schroeder family. George shares his name and passion for service with his grandfather, George W. Schroeder, who was the executive secretary of the Brotherhood Commission of the Southern Baptist Convention for 19 years from 1952-1971. Under his grandfather’s leadership, enrollment in Brotherhood units in Baptist churches climbed to a high of over 634,000 in 1964.

An Oklahoma native and graduate of the University of Oklahoma, Schroeder serves on the Board of Advocates at the Children’s Hospital Foundation in Oklahoma City, assisting in event planning and raising awareness as well as promoting and raising funds to cover the medical needs of the children at the Oklahoma University Medical Center.

He also serves on the board of neverthirst, a ministry which grew from the membership of Birmingham, Ala., Brook Hills, with the goal of providing clean water as a conduit to share the Gospel.

Schroeder said his “desire is to spend my life for Christ.” Over the last few years, he has sensed a growing desire toward ministry, he told BP.

“I began pursuing a master’s of theological studies with a concentration in cross-cultural missions at Southwestern Seminary, even as I wasn’t sure what God might have in store. While my purpose doesn’t change in this new role at the Executive Committee, the ability to fuse the skills God has given me with the mission He has for every Christ-follower—to proclaim the Gospel—is incredibly exciting,” Schroeder said.

“With great excitement, it is a joy for me to welcome this humble, godly man and highly-gifted leader to our team,” said Ronnie Floyd, president and CEO of the Southern Baptist Convention Executive Committee. “He has done news at the highest level including digital, print, audio and video. 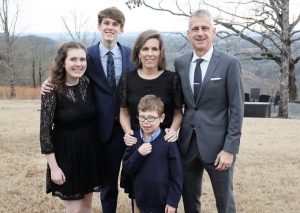 “George is an award-winning journalist and highly regarded by his peers,” Floyd continued. “As a consummate professional who is operating daily in this real-time world of news, he will help us advance the vision of the Great Commission by leading Baptist Press to provide current news for the church.

“As a strong, faithful follower of Jesus Christ, this layman is actively involved in his church and leads mission trips annually. What God started putting in George’s heart a year ago about giving his life and professional expertise for Gospel causes is now coming into a reality.”

“During challenging times, God has given the Southern Baptist Convention so many opportunities,” Schroeder said. “And Baptist Press has a vital role to play in clearly communicating the message of what God is doing in and through the lives of Southern Baptists. My prayer is to be useful in helping tell that story, and to help equip and encourage our people to proclaim the Gospel to a world in desperate need. Amid all of the bad news, we truly have Good News to share.”

George has been married to Shannon since February 1997, and they have three children, Elizabeth, 19, George, 18, and Christopher, 10.