From rebellion to redemption 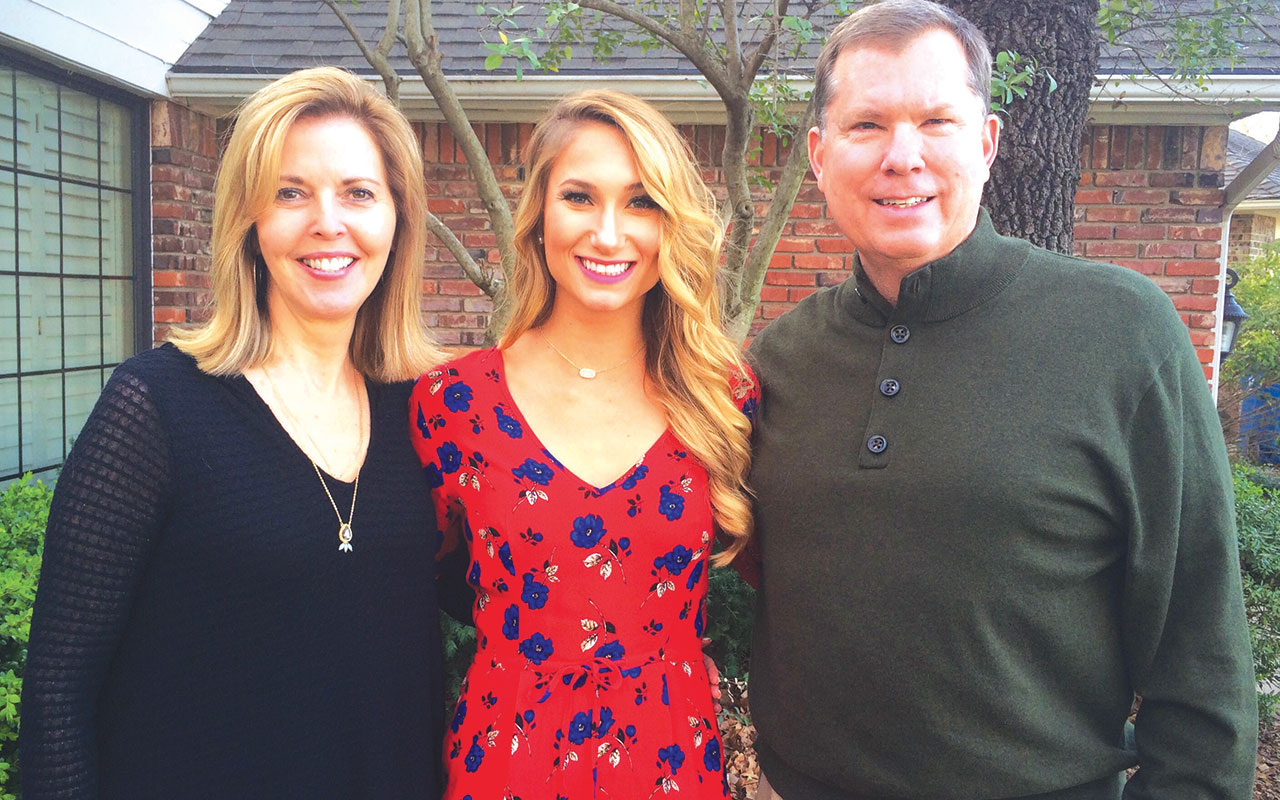 April Harryman is an Intensive Care Unit (ICU) nurse at Baptist Integris Hospital in Oklahoma City. Every shift she works to save the lives of patients with a variety of problems—drug overdose, alcohol poisoning and suicide attempts among others. Her compassion for her patients stems in part from an understanding that it is only by the grace of God that she isn’t the one lying in the bed. At the age of 14, April was adopted by Gil and Rhonda Harryman. Without the intervention of this loving, Christian couple, April’s life could have led down a tragic path.

At age 11, April was enjoying an Easter party at school when she was called to the principal’s office. She walked in to find not only the school administration waiting for her, but also police officers.

“I really wasn’t surprised,” explained April. “I hid the shame I felt knowing that my home was different than other kids’.”

April’s birth father was in prison and her mother and stepfather ran a meth lab in the home. Drug and alcohol abuse were part of her life, and school was her escape.

The police took April to the home of a family friend named Susan. She stayed there off and on while her mother struggled to meet the plan to keep April.

“I liked living with Susan. She worked all the time, and so I basically got to raise myself,” said April.

April sought acceptance in a rough group of friends. She dressed in black, wore too much black eye liner and listened to hard rock music.

“I was anti-God. I ran with kids who thought church and God were not cool. Many nights I cried myself to sleep crying out for help to a God I really didn’t believe in.”

While her friends were jealous of her freedom, April secretly longed for a normal family life.

After continual problems with criminal issues, April’s parents’ rights were terminated in the summer before her 8th grade year.  Susan did not want to adopt April.

“I was devastated,” recalled April.

But, God was already at work in the life of this rebellious young teen.

After only a few weeks in the DHS system, April was invited to attend an Adoption Fair.  The Harrymans had seen her profile and wanted to meet her.  Gil and Rhonda spent several years volunteering with older kids in Oklahoma Baptist Homes for Children. When they made the decision to adopt, they knew they wanted an older girl.  God’s orchestrated plan began to materialize.

The transition from an unstructured, impoverished, and unchurched life into a wealthy, conservative Christian home was not easy.

“I was a control freak,” admits April. “For 14 years, I had done what I wanted, when I wanted. Releasing control and having boundaries was hard for me. I was still hating on life.”

When Gil and Rhonda enrolled her in Oklahoma Christian School (OCS), the anti-social April had a hard time feeling like she fit in with the other girls, but as a diligent student, she loved her teachers. Once again, school became her escape. Her parents, teachers and even the other girls kept loving on her. Gil and Rhonda were patient and chose to redirect April rather than punish her. They gave her the power to make the needed changes. Slowly, April stopped wearing black and began processing all the love. One night, only a couple of months after her adoption, Gil and Rhonda finished praying with April before bed. The Holy Spirit moved in April’s heart. She realized that God’s love was real.  “God knew what He was doing,” said April.

April graduated from OCS as valedictorian, and her proud parents listened to her give her testimony in her speech. Most of the students didn’t realize that this successful graduate had such a deprived beginning. Thanks to adoptive parents, April’s life was now headed in a direction of promise.

April’s favorite verse is 2 Cor. 12:9-10, “But He said to me, ‘My grace is sufficient for you, for My power is made perfect in weakness.’ Therefore I will boast all the more gladly about my weaknesses, so that Christ’s power may rest on me. That is why, for Christ’s sake, I delight in weaknesses, in insults, in hardships, in persecutions, in difficulties. For when I am weak, then I am strong.”

“I think about what my life could have been all the time,” said April.

This once weak and troubled teen can now call upon the power of her heavenly Father and serve patients she knows could easily have been her without the intercession of committed Christian parents who chose to do the hard work of adopting a troubled 14-year-old girl.

For information on foster care or adoption, contact Andrea Stasyszen or Cheryl Ibrahim at Pottawatomie County DHS, 405/214-4117. You may also contact Teri Blanton, Foster Care Coordinator for Oklahoma Baptist Homes for Children, at 405/640-0622.