From police car to pulpit 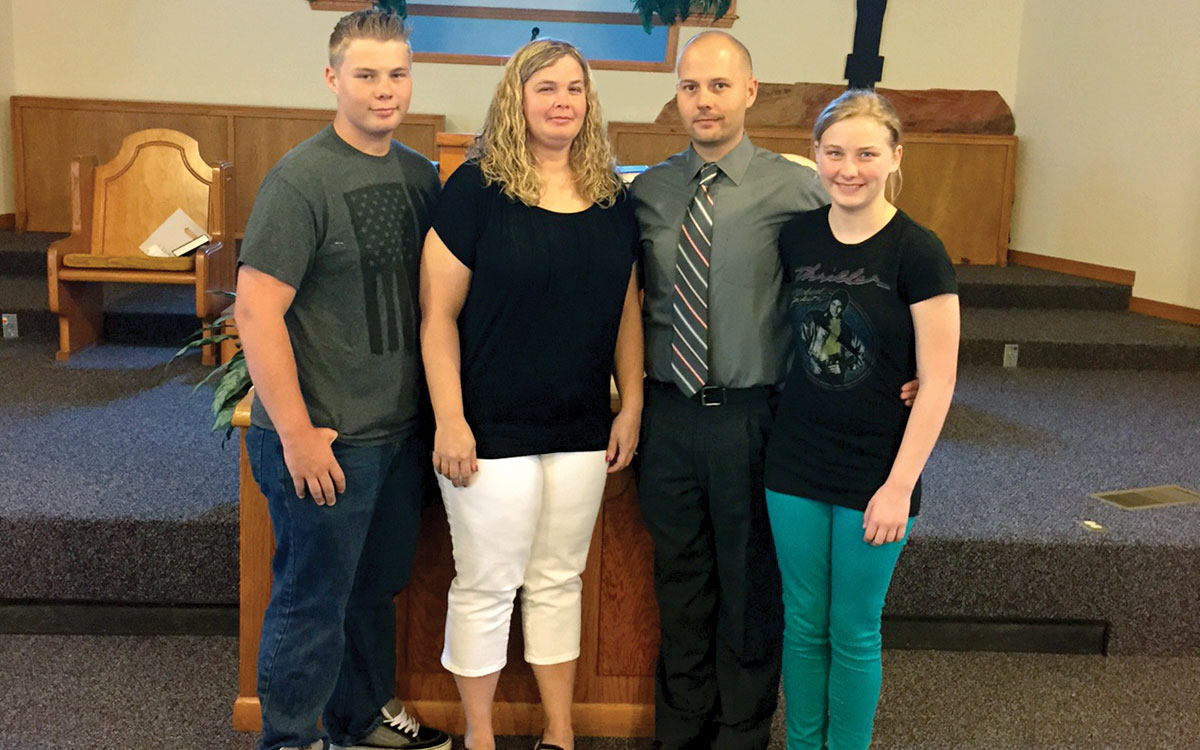 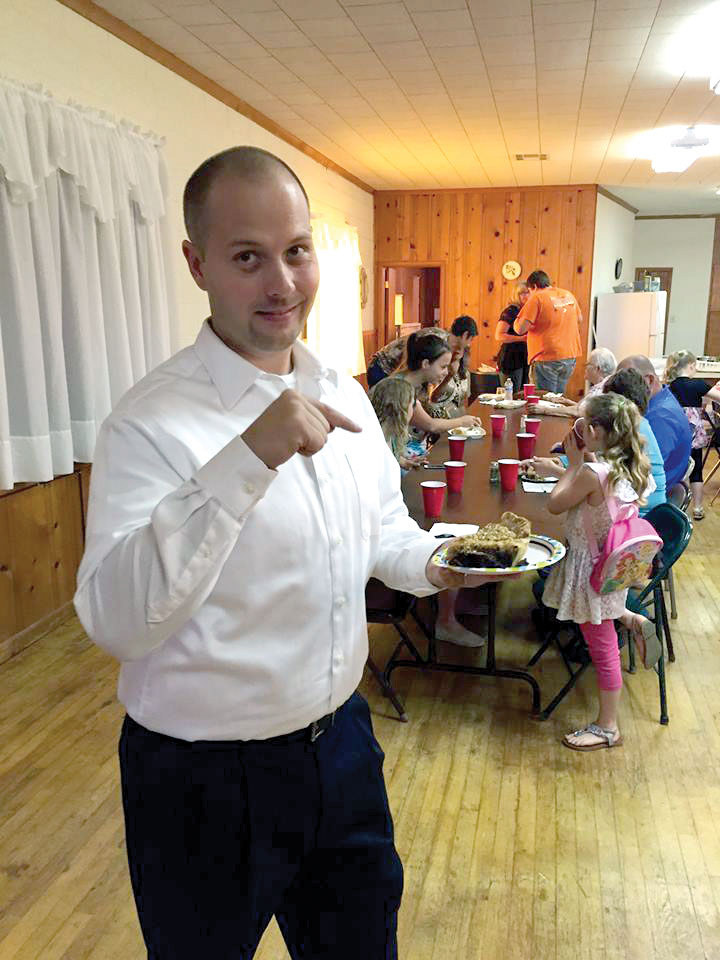 Johnny has a piece of pie at a fellowship at his church.
(Photos: provided)

Sitting in the back seat of a police car, the farthest thing from Johnny Wagner’s mind was serving as the pastor of a church.

Yet, some 12 years and a few miracles later, that’s where Wagner finds himself.

Forced to be on his own at age 15, Wagner literally pulled himself up by his boot straps to become successful, although for years it was on the wrong side of the law.

Wagner’s parents divorced when he was 8. His mother moved from Coweta to Oklahoma City, where she worked as a bartender to support her son and his four sisters.

“Mom got hooked on drugs, and was jailed a couple of times before she straightened up her life.” recalled Wagner. “When she went to jail the second time, I decided to go out on my own.” It was at that time that Wagner found himself on the wrong side of the law and in trouble.

Back on the street, and considered an adult, he worked for a fast food chain, and became the youngest manager in its history. An enterprising teen, he also became owner of JW Roofing and Construction.

Wagner’s best friend started dating a girl they grew up with, and Wagner began dating her older sister.

“She’s the best thing that could have ever happened to me during that time,” Wagner said. “She was the good girl dating the bad boy.”

Although the couple had an on-again, off-again relationship at first, they produced two children, a son born when Wagner was 18, and a daughter born when he was 20.

Wagner said several people tried to help him get his life straight, but he thought he was doing just fine on his own.

“I had been watched for a long time, and I got busted for drugs,” he explained. “Here I was, 21, in the back of a cop car, and I realized prison, or even death, was inevitable. I had two beautiful children who were going to call someone else dad.”

All of a sudden, Wagner said, he realized there was a higher purpose in life, and he heard a voice in his head ask him if he was finished.

“Memories of my childhood and hearing who Jesus was and that He forgives us came flooding back,” he said. “I said, ‘I’m done,’ and I gave it all to Jesus.”

Wagner said although he went to jail that night, he was happy.

“I knew whatever happened, I was forgiven for all the junk I couldn’t forgive myself for,” he noted. “In my lifestyle, it was hard to think anyone could love me, but I realized God had always loved me.”

When he walked into the courtroom the next morning, he saw the same judge he had always had. He had told Wagner, “The next time I see you in my courtroom, you are going to jail.”

“I could see the hurt in the judge’s eyes when he called me into his chamber and asked me why I was back in his courtroom,” Wagner remembered. “The judge spoke to the District Attorney, and he and my lawyer came out with an offer—100 hours of community service at a church; parenting classes, finish high school; do drug and alcohol counseling and serve five years’ probation.

“I left the courtroom humbled, went to my grandmother’s house and called Oklahoma City, Village. I explained my situation to Mike Stephens, church administrator, and he said he would be willing to let me do my community service at Village.”

Wagner said he and his family then moved across the city to get away from the influence of old friends.

“I finished my community service in two and a half weeks, and told Stephens I could use a real job,” Wagner said. “Construction business was down, and I was hired as custodian at Village.”

Six weeks later, another man was allowed to do community service at the church, and Wagner was asked to supervise him.

“I witnessed to him, and he accepted Jesus while we were mopping the gym floor,” Wagner said.

As Village began talking about a community work pay program, Wagner was asked to lead it, and in six months, he became community service director. He also started working in jail and prison ministry.

“I felt God was calling me into ministry, and when I talked to our pastor, Jim Butler, and my wife, they both said they knew it already,” Wagner related.

Wagner was licensed to the ministry and thought he would be a prison minister. He became head of custodial and community outreach at Village, and then outreach pastor, ministering to City of the Village police, fire fighters, library system, public works, city council, schools, nursery facilities, etc. He is continuing his education at Mid America Christian University, where  he is working on his bachelor’s degree, and plans to go to Southwestern Seminary in Fort Worth, Texas.

“The church staff mentored me,” Wagner said. “Village took us in and loved us, allowed us to answer God’s call and to grow. As we continued to grow, I sensed God was doing more in my life. In May, I was contacted by a church in Cimarron Association, Masham, a small congregation of about 60 members some 10 miles north of Pawnee, to become its pastor.”

He began his service there Aug. 16.

Wagner said just a couple of years ago, his construction business became so large, he was having a hard time handling both it and his church job, so he told his wife he was going to quit the church job.

“She said, ‘You can’t—God has called you,” Wagner recalled. “And wouldn’t you know it. We got an opportunity to sell the business.”

“God has really blessed us,” Wagner said. “We bought our dream home in Mustang. Now one year later, God tells us to sell our house, quit a job in the only church we’ve known and move. But this is what God has been leading us toward, and I’m excited—a little scared, but excited.”