If your only definition of streaming is “Netflix,” then April is a great time to try something new. 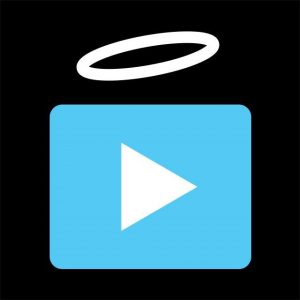 That’s because multiple family-friendly services—including four of the best ones—are offering free streaming options while we’re all stuck at home during the COVID-19 pandemic. Among these are VidAngel, Minno, Focus on the Family’s Focus@Home and the Christian History Institute’s RedeemTV.

VidAngel—the most popular option of these four—allows parents to skip objectionable content in Netflix and Amazon Prime titles. (A subscription to one of those is needed.) For example, my family recently watched Back to the Future Part III without the coarse language. Filtering can be customized. VidAngel also has original content, including the excellent show The Chosen, a series about the life of Christ. VidAngel is free through the end of April. Visit VidAngel.com. 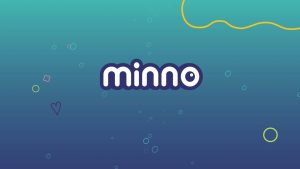 Minno, an outstanding Christian streaming platform for children, is offering free “Church at Home” resources for parents. This includes kid-friendly videos, Bible lessons, activities and a sampling of Minno’s platform. Visit GoMinno.com and click on “Church at Home” on the top-right.

Focus on the Family launched its own streaming platform, Focus@Home, in early April. It includes the animated series Adventures in Odyssey and McGee and Me, and video series and feature films such as Last Chance Detectives and Mully. It is free. Visit FocusOntheFamily.com/streaming.

Finally, the Christian History Institute and Vision Video launched RedeemTV—a treasure trove for fans of documentaries and historical drama. It includes the Torchlighters series, The Pilgrim’s Progress animated film, the Bonhoeffer: Agent of Grace live-action film, and many other titles. It is free. Visit RedeemTV.com.

Binge-watching will be a popular activity during the pandemic. Why not turn it into a family-friendly, Christ-centered one, too?

‘I Still Believe’/‘I Am Patrick’ (home video)—Two films that were scheduled for a March theatrical release are now on home video.

I Still Believe (PG) was in theaters for one weekend when the pandemic hit. With theaters closed, Lionsgate rushed it to “premium video on-demand.” The faith-based film tells the true story of Christian singer Jeremy Camp’s marriage to his first wife, Melissa, who passed away after being diagnosed with ovarian cancer. It’s on all major on-demand platforms for a rental price of $19.99—or roughly the price of two movie tickets. It’s one of the most inspiring films I’ve seen.

I Am Patrick never made it to theaters. It tells the true story of Patrick, the fourth-century missionary who took the Gospel to Ireland. The docudrama mixes expert interviews with reenactments. It’s now available on DVD at IAmPatrick.com (Buyers also get a digital copy).

‘Snoopy in Space’ (Apple TV)—It’s a 12-episode series featuring my favorite animated characters of yesteryear: Charlie Brown and the gang. Snoopy and Woodstock travel to the International Space Station and then to the moon; children laugh at their antics while learning about space. My children loved it (Apple is giving a free one-year subscription to Apple TV with the purchase of certain devices, including iPhones).

‘Despicable Me’ (Netflix, April 16)—A supervillain named Gru changes his outlook on life—and on evil—after adopting three girls (And after stealing the moon). It’s a hilarious animated film with great messages about childrearing, adoption and the blessings of family. It also has a not-so-subtle lesson borrowed from Scripture: People can change. Rated PG for rude humor and mild action.