Foster mom steadfast in God’s will 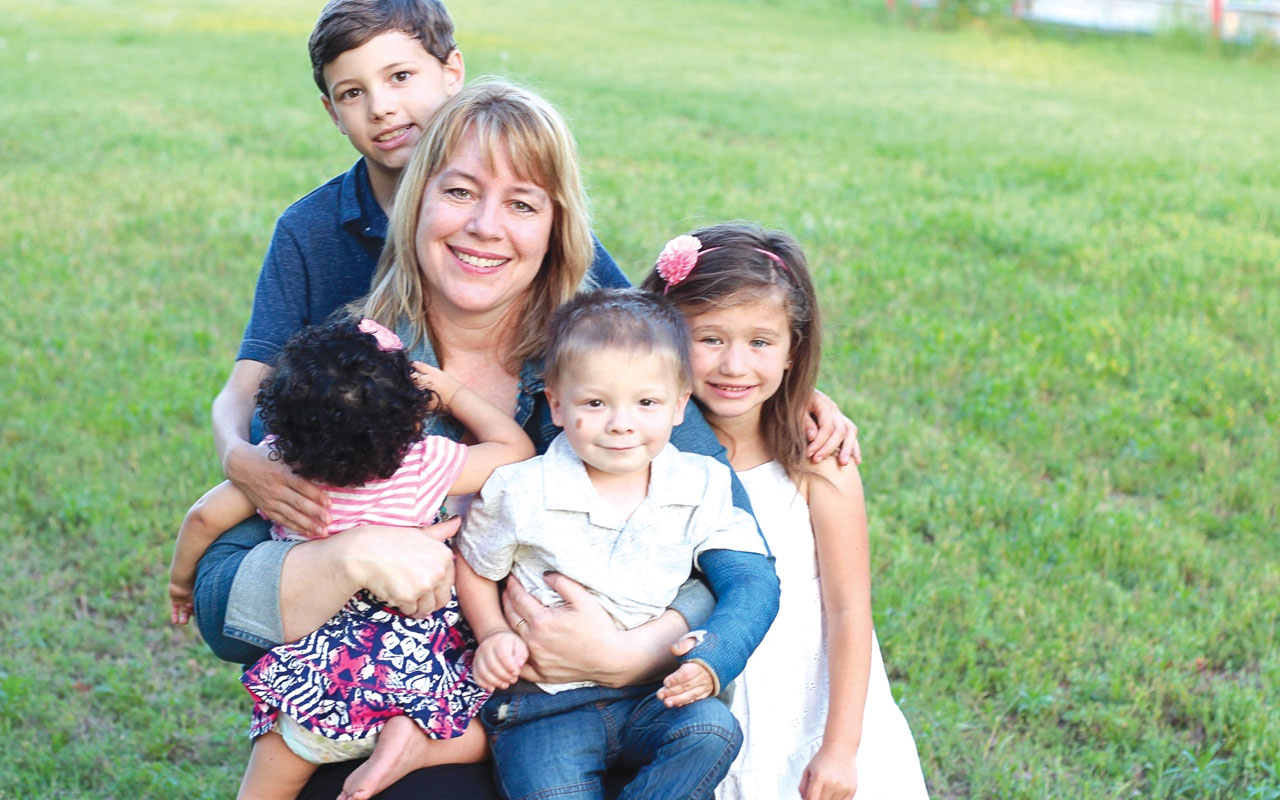 EDMOND—Over the past several years, Staci Steadman has learned God’s plan often looks much different than preconceived ideas. In fact, her journey through His will has taken her on a course she never envisioned.

Twenty-one years ago, she and her husband, Jim, shared the dreams of most newlyweds. They wanted a storybook family, but extended family struggles and fertility issues presented the first detour, and parenting began to look much different when they took in newborn baby Will through a Department of Human Services (DHS) kinship placement.

But, the couple still held onto their dreams of having biological children. God opened a door to provide the means for them to try to become pregnant with medical help, they began to question whether the plans were from God or their own agenda.

“I never dreamed I wouldn’t give birth,” recalled Staci.

God began teaching them the sometimes difficult lesson of faith, and young Will was the guide.

“God literally dropped foster care into our laps.  We had talked about adoption, but not fostering. Will opened our eyes,” Staci explained.

After much prayer, Staci and Jim decided to reopen their home for foster care through DHS. Once again, they had a plan. They would foster with a goal of adoption.

Seven months went by, and Staci was confused as to why they hadn’t received a placement. They made the decision to be open to any placement, rather than just one that was likely to lead to adoption. Through tears, she relates the experience, “On that Friday morning, I hit the floor on my knees and asked God to let me know I was on the right path.  At 11  a.m., I got the call about Hannah.”

God had a plan for a baby girl whose innocent little body was tainted with meth. The Steadmans were beginning to understand God had this journey planned for them all along. This tiny pink bundle they called “Sister” was born two weeks before their child would have been due if the attempts to become pregnant with medial help been successful. After a two-year roller coaster ride of faith, the Steadmans were able to officially add “Sister” to their family. They named her Hannah Grace because in Scripture, Hannah faithfully prayed for a child and God heard her prayer.

But, God wasn’t through, yet.  Remember the child Hannah conceived?  His name was Samuel. Staci and Jim kept their home open for foster care. They had several short term placements, but they received a call about a newborn boy named Samuel, and at two days old, they welcomed him to the family. They knew he had been drug exposed, but didn’t realize that he had medical issues that would mean life-long complications. When Sammy had constant digestive problems and failed to grow, Staci wouldn’t give up until she had answers.

Finally, they discovered he had a tethered spinal cord, Chiari malformation and a rare duplication of the 22nd chromosome called 22q.11.2. There are fewer than 500 known cases. God knew Sammy would need a mom like Staci who would fight for what he needs and not shrink from the daily responsibilities of special diets and injections. Now, this 3-year-old, pint-sized spitfire keeps everyone laughing.

The next detour in God’s plan was something no one can prepare for.  On Feb. 10, 2014, after 19 years of marriage, Jim unexpectedly suffered a fatal heart attack. Staci was now a single mom to three young children with special emotional and physical needs.

Staci, ever the fighter, didn’t give up.  The pain and the grief were real, but she chose to rise above it and let God carry her when she was weak. Slightly less than a year after Jim’s passing, Staci began to have a strong desire to foster again. She remembers the doubts of others.

“Everyone thought I was crazy. The rest of my world had been taken away from me, but I knew God had put me here to be a foster mom,” she stressed. “I needed something fresh and new. Nothing can provide that joy like a baby. I knew if God wanted me to take another placement, He would provide.”

That’s exactly what God did. Staci is now in the process of adopting 15-month-old “Baby B.”

Staci relies on the help and support of family and friends. She leads the Foster and Adoption Support Group at her home church, Edmond, Waterloo Road. Mostly, she relies on the Lord and walks the journey in obedience. She doesn’t feel like God is through, yet. She isn’t sure what His plan looks like, but her home is still open.

“God’s great plan was for me to be a foster mom.  He will work out the details,” she said, with assurance only learned from lessons in faith.

For information on foster care or adoption contact Pottawatomie County DHS recruiter Andrea Stasyszen at 405/878-4042 or 795-9650. You may also contact Teri Blanton, Foster Care Coordinator for Oklahoma Baptist Homes for Children, at 405/640-0622.