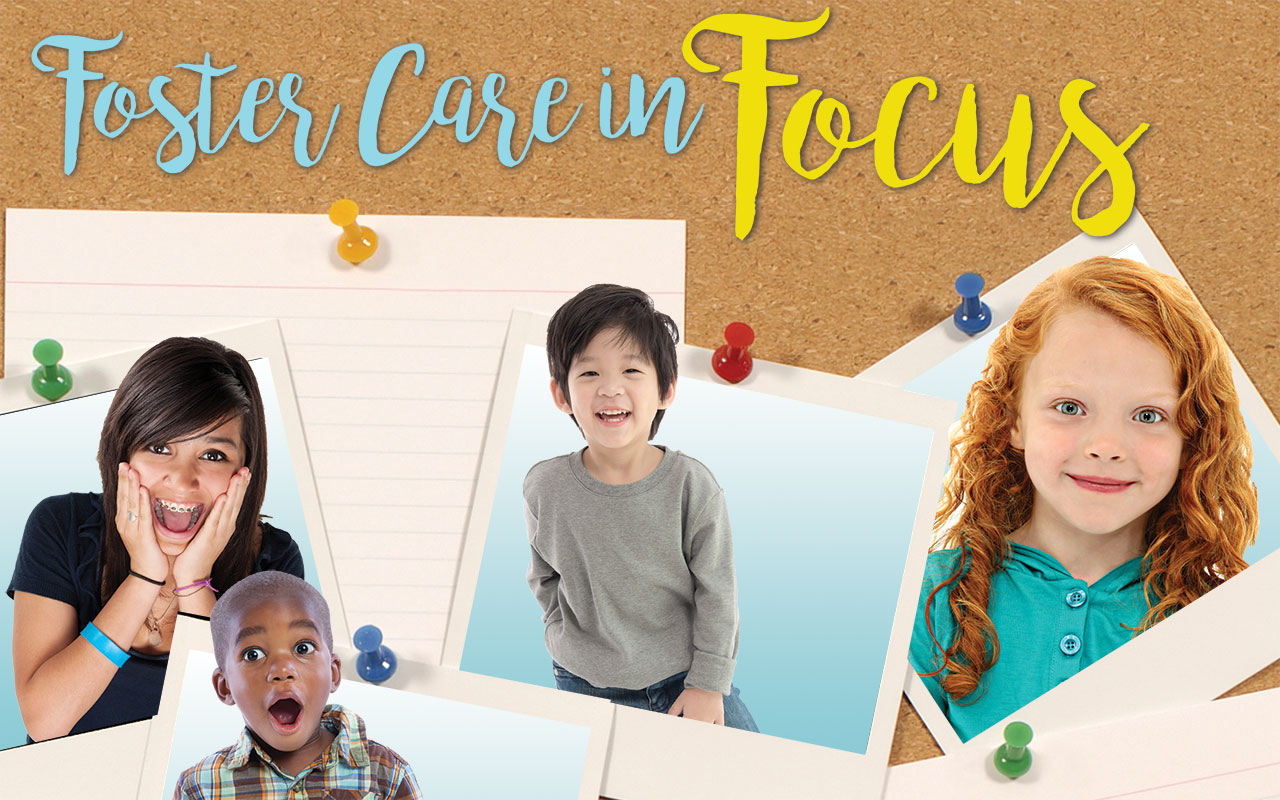 Foster care remains an urgent need, and Oklahoma Baptists continue to answer the call to serve children in need of a family. This week’s edition of the Baptist Messenger focuses on two pastors who not only lead their respective churches, but also lead by example in promoting the importance of more families needed to foster.

Norman, Redeemer is serious about ministering to vulnerable children.  Pastor Andy McDonald and his wife, Christy, have shared their passion with the church and lead through example. From the beginning of their marriage, the couple knew they wanted to have biological and adopted children. They both grew up in families with a history of adoption,  and they had a great appreciation for the correlation between earthly adoption and our adoption as sons and daughters of Christ.

“For He chose us in Him before the creation of the world to be holy and blameless in His sight. In love, He predestined us to be adopted as His sons through Jesus Christ, in accordance with His pleasure and will” (Eph. 1:4-5).

Andy recalls a sermon he heard on Ephesians 1. He heard the preacher explain how some read this scripture and think God adopts the prettiest one in the orphanage, which is not the case.

“I have a ton of problems, and God adopted me,” he said. “That is real adoption. God chose us even with all our issues and flaws because He loves us.  He placed us in His family where He can nurture us.”

Christ has given Christians a family and a Church.  It is the Church’s responsibility to support vulnerable children and their earthly families.  The McDonalds eagerly accepted this commission.

After their two biological children, Jachin, 14, and Kimberlyn, 12, were born, the couple added three more to the family through adoption. Bo was adopted from Haiti in 2007 at the age of 2.  Caleb was adopted in 2010 through a Crisis Pregnancy Center in Houston, Texas when he was only 2 days old.  Berline was added to the family in 2013 at the age of 7 after God intervened to allow them to once again adopt from Haiti.

Andy and Christy understand the frustrations that adoption can bring.  Andy explains, “You are inviting trauma and chaos into your home. Parenting kids who don’t share your DNA is different.  It’s hard work. It makes you aware of your lack of control. Adoption proves both nature and nurture matter. You can’t fix things. You just continue to speak (God’s love, our love, Scripture) into them.” Christy adds, “I was surprised by my anger when I couldn’t control things. It made me aware of my arrogance, and I didn’t like that part of me.” But, the McDonalds know Who is in control and Who is sovereign.

Andy and Christy are keenly aware of the challenges that coexist with the blessings in foster care and adoption. They realize that not everyone will be called to actually foster or adopt, but they have made sure that their church provides support for these vulnerable children and their families.

The church places specific emphasis on Orphan Sunday, and they make a point of partnering with other organizations to allow their members to serve in a variety of ways. They maintain a relationship with God’s Littlest Angel, the orphanage in Haiti that placed their children with them. They provide CASA training; they host Foster Day Out. Plans are in the woks to begin a program that allows church families to “adopt” foster families to provide support and fellowship.

The church has made several mission trips to Haiti. These trips have had a profound impact on their members. Andy said, “I know of two families that were a part of those trips that have adopted. Three more are planning to adopt, and most, if not all, are partnered with continuing efforts to minister to vulnerable children.”

The church’s heart for foster care and adoption has led to another lesson churches need to learn.  Christy elaborates, “If we are going to call people to bring in vulnerable children, then we are going to have to be OK with them coming to church. Our nursery is a war zone!  There are Sundays when we have as many adults serving in the nursery as we do attending service, and that’s OK.”

Families can be trying at times, but God calls His family to welcome and support one another. Andy’s philosophy is this, “We are family, and we care for one another. He only calls us to give Him what we have, and He will make it enough.”

That is the church being the hands and feet of God. The work is hard, but the blessing is great.

Chad and Anna Clement got a call in October for Chad’s two-year-old second cousin to stay with them.

“It took about five minutes for Anna and me to say yes to care for a family member even though we believed we had moved out of diaper changing and onto the next phase of parenting,” said Chad. “Still, we were no strangers to the ways of a toddler and we all made our adjustments including my little cousin.”

Almost a year ago, Chad led his church, Mission OKC, to a new building, as the church now meets at Oklahoma City, Britton. Mission OKC grew from a church plant in an apartment complex in Northwest Oklahoma City to a functional 400-seat sanctuary with office space and meeting rooms for children and youth.

Now, the pastor is looking to grow his family through foster care. Along with Chad’s baby cousin, the Clements recently added one more.

“The decision to open our home up to traditional foster care is one we had been struggling with for months,” Chad said. “Anna has always been warmer to the idea than I have.  Our kids make a lot of sacrifices for us to serve in ministry, and our home has always been our sanctuary.”

Taking care of his young cousin for the last five months helped Chad become more open to fostering. The Clements began the process and were amazed with what they learned.

The little girl who came to stay with the Clements was only planning to be with them for a week or two while her grandmother gets approved for foster care in Texas. Chad said the night they met the little girl turned out to be a great introduction.

“She and Ruby were like two peas in a pod,” said Chad about the little girl meeting his daughter. “At dinner she said, ‘I wish I could stay here forever.’”

Chad shared another experience he had meeting a woman who told him her best years were those caring for her parents who were both sick, and because of her long-term commitment to care for them, she never got married.

“If we have taken hold of the eternal perspective that the Bible teaches us to have, then we are free to let go of the things of this world like marriage and dream careers,” he said. “We can give ourselves away to Christ, by setting others ahead of ourselves. That is what needed to change in me, so I could embrace foster care.”

Chad said fostering is way more fun than he expected.

“Anna and I are so happy to see our children not just embracing our foster children, but loving them with the love of Christ,” he said. “What greater gift can we give the Lord besides our home and our time?  We shield these things away from the rest of the world, but God can have a huge impact in these children’s lives if we surrender our homes to Him.”

Visit www.obhc.org/services/fostercare to get information about Oklahoma Baptist Homes for Children’s One Such Child foster care program. Or call the program’s director, Teri Blanton, at 405/640-0622.

>> by Kristi Prince and Staff