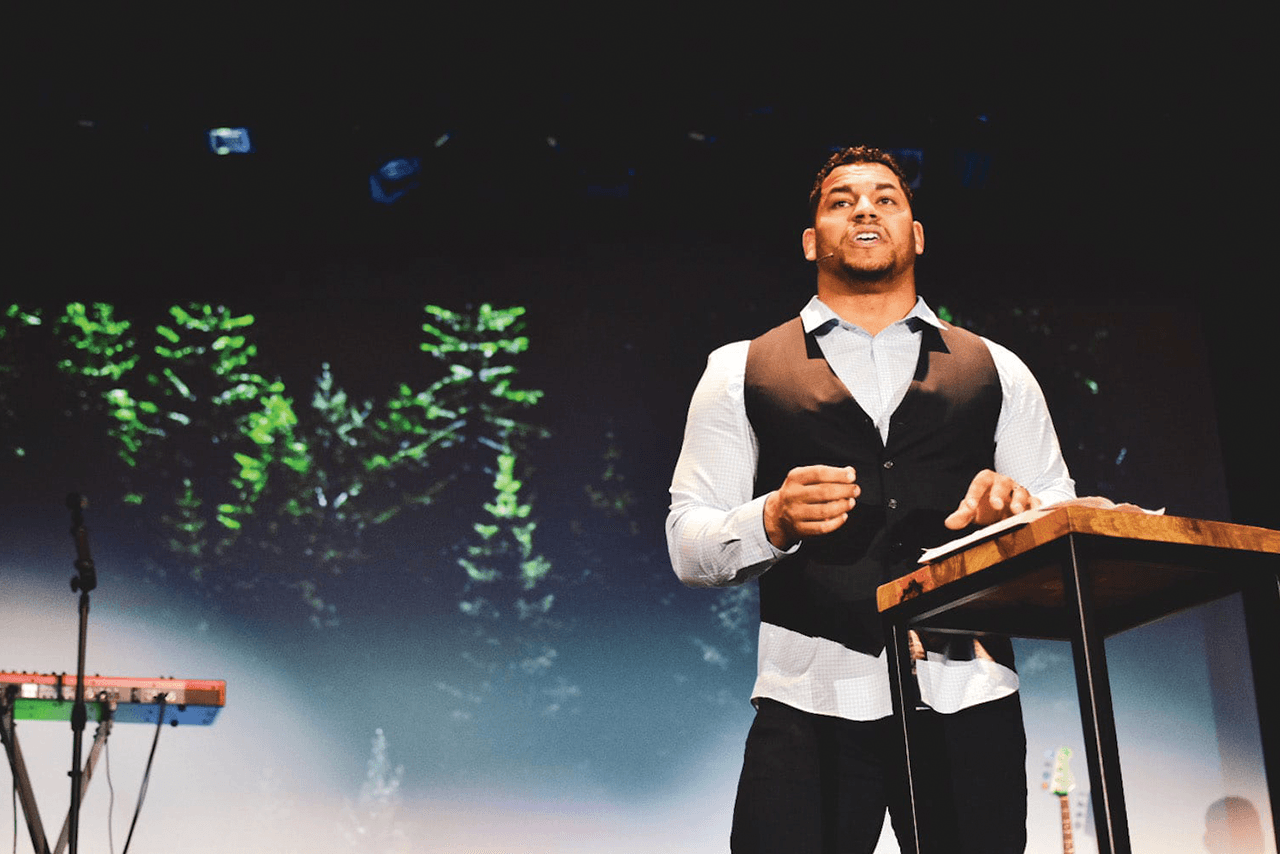 Eddie Williams knew early in his spiritual journey that he wanted to plant a church. What makes this an interesting concept is he was a professional football player, playing in the National Football League (NFL).

Williams wrote about his journey in an article that was recently featured on The Gospel Coalition’s website titled “Why I left the NFL to plant a church.” Currently, he is serving at Bay City Church, which started meeting in September this year.

“It doesn’t get much better than living the life of an NFL player,” Williams wrote. “Catered meals, private travel, throngs of fans, social media prominence; it’s the good life.”

And how does Williams describe church planting? “Church planting and playing in the NFL are on opposite ends of the spectrum,” he admitted.

Williams said he was attending the University of Idaho when he was given a King James Version of the Bible by a stranger. After reading the Bible, he made a profession of faith in Christ, and about eight months after his spiritual transformation, he sensed God was calling him to ministry.

“I wasn’t ready to plant a church at 19 years old (despite what I thought at the time),” Williams wrote, “so the best course of action was to continue through college and see where football would take me.”

The Idaho Vandals were not a powerhouse football team. During Williams’ senior year, the team finished with a 2-10 record. Add to the disappointment, Williams suffered a major knee injury, which significantly hurt his chances of being drafted. But he knew God was working in his life in spite of these setbacks.

“I didn’t expect God to use one of the most disappointing seasons of my life to prepare me to plant a church 10 years later,” Williams said. “With nothing to do but sit on the couch and read while I recovered, I devoured the Scriptures. I read the whole Bible on that couch, and my sense of calling began to solidify. I was gripped by the glory and majesty of God. More than ever, I knew that, at some point, I wanted to plant a church.” 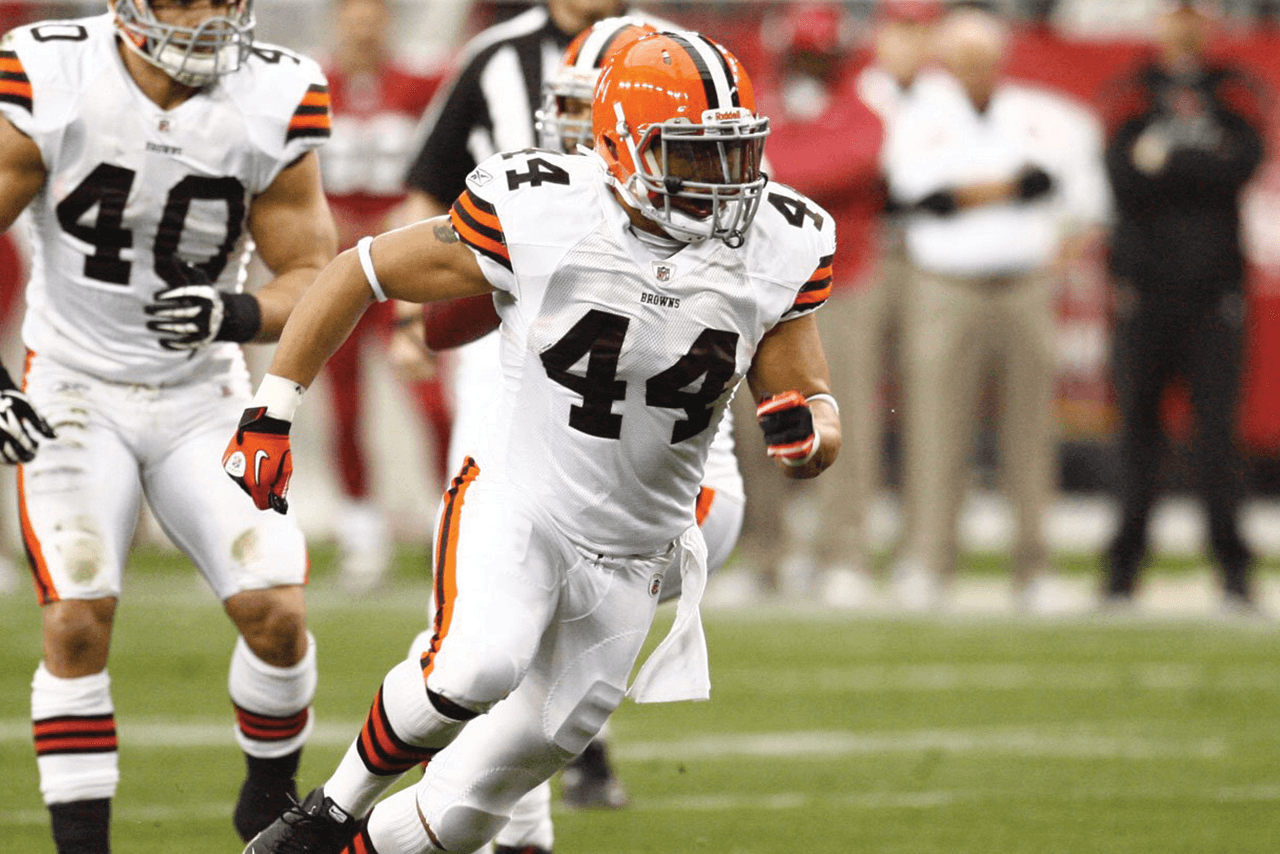 Jimmy Kinnaird, church planting specialist for the Baptist General Convention of Oklahoma (BGCO), said he understands how God worked through Williams, giving him the constant desire to plant a church.

“What I’ve discovered in church planters in Oklahoma is the same thing,” Kinnaird said. “The desire, or drive to plant a church does not go away. I think that is important. They need to know that it is God calling them to this, and they also need to know that it will not be easy.

Even though Williams ended his college career with an injury, the NFL still had an interest in him.

“I was drafted by the Washington Redskins in the seventh round of the 2009 draft,” he said. “It was a dream come true. I’d spent my entire life working for that moment.”

However, Williams said he felt discontentment all through his NFL career. That time he spent recovering from his knee injury changed his desires. “Feasting on God’s Word had shaped me,” he said. “I felt completely torn. It sounds crazy that someone could get to the NFL and not be happy, but there I was.”

Williams concluded that he needed to embrace where God had placed him, and he decided that he would use his playing time in the NFL as a platform to share the Gospel.

“A sense of discontentment is one of the signs that God is speaking to the heart,” Kinnaird said. “This is especially true when a person can look all around them and say, ‘I should be happy. I should be ecstatic, but I’m not.’ This is one of the Holy Spirit’s ways of getting our attention. He has to get our attention first, then show us what is next.”

Williams played five years in the NFL, ending his career with the Cleveland Browns. He explained that most players experience some sort of existential crisis when their playing days are over, but that was not how he felt. “I knew exactly what I desired to do,” he said.

Williams and his family settled in Salt Lake City. He worked for Fellowship of Christian Athletes and helped plant a church. Things appeared comfortable.

That’s when God called Williams to plant a church in his hometown of San Francisco. It was anything but comfortable. Williams said it was a struggle.

The questions he asked included “Is God really asking us to sell most of what we have for something that might not work? Would this work? Would it be worth it?”

He said he longed for clarity. But then he realized something. “God doesn’t promise clarity,” he said. “He promises to be faithful.”
Williams became confident that God wanted his family to move to San Francisco, which they did in March 2017 and started a Bible study in their home in January 2018.

“Eddie is correct when he said, ‘God doesn’t promise perfect clarity,’” Kinnaird said. “There may be times when we know it is just right for us to do something, and clarity is given, but it is not promised. That is why it is important for church planters to plant in community. It is in a church community that will affirm them and love them and help them to grow. Time and experience are important preparations for a successful church planter.”

Williams concluded his article, saying he is trusting God. “And because of God’s perfect track record of showing up when I need Him, I’m learning to trust Him in my weakness as I lean on His strength and labor for His fame.”

“The common thread through Eddie’s story is one of seeking to align his life with God’s will for him,” Kinnaird said. “That is all that any church planter could do. That is what we at the Church Multiplication Group seek to help prospective planters do as well.”

God calls all kinds of people to plant churches, even NFL players. For those interested in knowing more about BGCO Church Planting Group, visit www.oklahomachurchplanting.com.