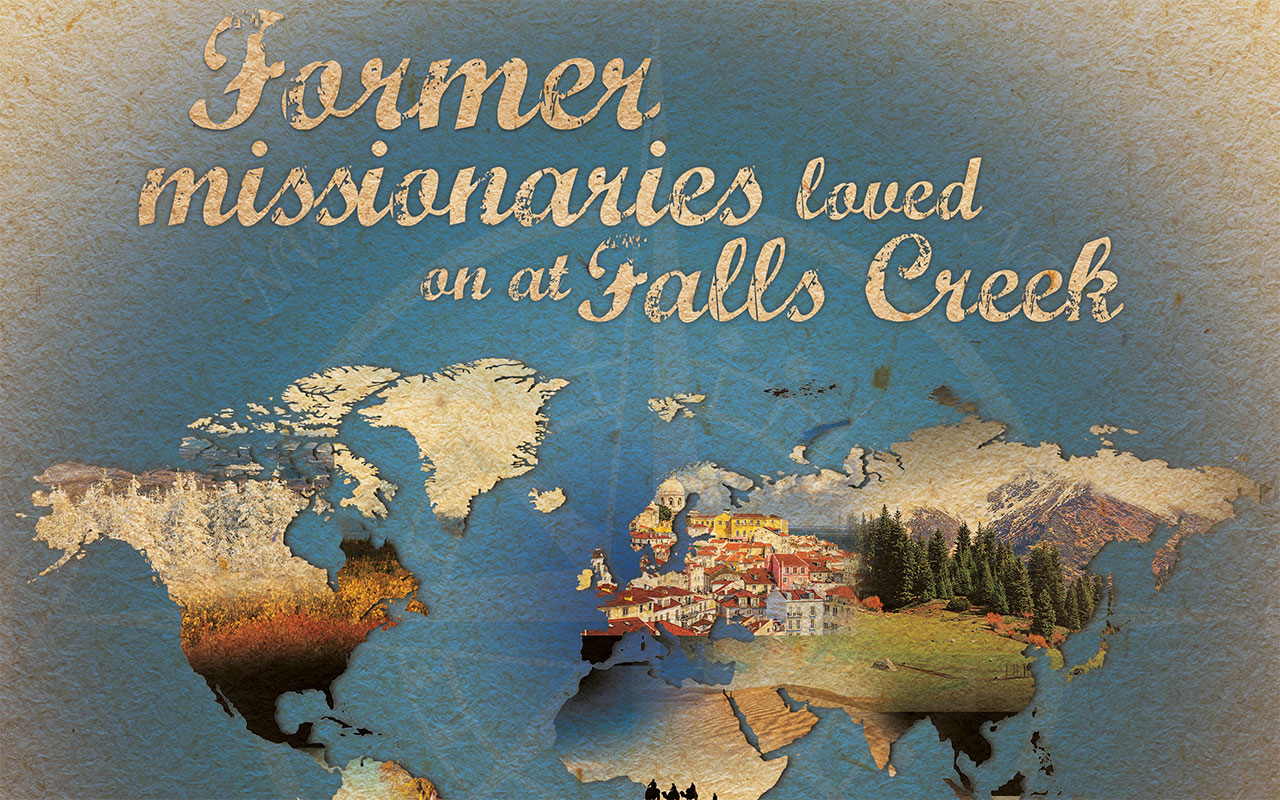 DAVIS—More than 30 former International Mission Board (IMB) appointees who have settled in Oklahoma received “royal” treatment March 4-5 during a special retreat held in their honor at Falls Creek Baptist Conference Center.

The retirees, who are among 983 missionaries who accepted a Voluntary Retirement Incentive, are fluent in more than a dozen languages. But the words spoken at the retreat were in the language of love, and no interpreters were needed.

From a monetary honorarium of $1,000 per couple or individual, to a night’s stay in the new Thompson Family Lodge, meals prepared by the conference center’s culinary staff, and a gift bag filled with goodies from Baptist General Convention of Oklahoma (BGCO) departments and state agencies, the former missionaries were pampered from start to finish.

But, perhaps the most significant “touch” of the 24-hour event were the expressions of love and encouragement poured over them by BGCO staff, including Executive Director-Treasurer Anthony L. Jordan.

“That we would host you for this event is very special to us,” Jordan said Friday evening, March 4 as the group gathered in the new Mathena Event Center. “In Oklahoma, we consider our missionaries heroes of the faith. I want you to know that Oklahoma Baptists love what you have done, they love what you have invested in, and when you are introduced as one of our missionaries from the field, you will find immediate love from the people of Oklahoma.

“So, having you here is really our way of representing the 1,800 Baptist churches in Oklahoma and saying thank you.”

Jordan spoke briefly from Joshua 1, encouraging the group by reminding them that God spoke directly to Joshua as he became Israel’s leader after Moses died.

“In your transition, you may have struggled, but God is still talking,” Jordan stressed. “And, He’s not only speaking, He is telling you He is not through with you. He told Joshua he would be with him and never forsake him; and God will never forsake you, nor leave you, either.”

Finally, Jordan reminded the group that God “commanded” Joshua to “be strong and courageous.” He urged them to “keep their chins up,” and to do two final things God ordered: “abide in My Word, and abide in Me.”

Before BGCO specialists made short presentations about their specific areas of service, Jordan led the group on a tour of the conference center, including the event center, Wynn Center for World Missions, Downing Way and the Raymond A. Young Tabernacle—which was an eye-opening experience for nearly all of them.

In fact, walking through the doors of the 7,253-seat tabernacle was very emotional for Chris Carr, who, along with his wife, Emily and family, had served in Ufa, Russia for 16 years.

“When I first walked in and saw how big the foyer area was and then coming in here, I was overcome,” he said, fighting back tears. “Because I was born again in the old tabernacle that used to stand on this place, and God confirmed for Eileen and me—we had only been married for about a year—it was right here on these grounds, right where we’re standing, that God confirmed we were to serve overseas among another people group.

“And so, we have only seen this through the years being constructed, and events going on, through the Internet. We didn’t have any clue how big it really is. To hear the stories about all of the people who are being born again and not having enough room in the counseling rooms is great.”

“You hear everybody talk about it, but when you step into reality on this side of the ocean, it’s just an amazing thing to see,” Eileen added.

The Carrs have five children, their oldest son a student at Oklahoma Baptist University (OBU), and they are praying for direction from the Lord.

“We have been serving as volunteer global consultants at OBU, but now we are asking God to show us where He would have us serve in the future,” Chris said.

“It’s a great international field, and some of the students may be from where you have served,” he said.

BGCO Oil Patch chaplain Tom Beddow, who has experience in ministering to people dealing with hardships because of the downturn in the petroleum industry in Oklahoma, spoke on being “on fire,” “burned out” or “burned up?”

“When you are on fire, things are going extremely well, and work is progressing well. Then there may come a time of burn out, and if you keep going down that track, you are burned up,” Beddow said. “Being on fire is good stress—a time when God has given you an open door, and things are happening that are unexplainable. But stress can also be dangerous when it goes unrecognized and unmanaged.

“Stress is essential for growth and development, acquiring new skills, meeting challenges and performing difficult missions. But, stress can lead to persistent internal distress, functional impairment, misconduct, substance abuse and mental disorders. Unmanaged stress works against us. When stress gets in the way, accidents begin to happen. Over time, an elevated, unmanaged stress level can lead to more serious physical and emotional problems.

“Coming to Oklahoma is a good thing for you,” Beddow concluded. “If you experience difficulties, Oklahoma, pound for pound, has the best Christian counselors.”

New BGCO Partnership Missions Strategist Mike Hand, himself a former IMB missionary, said, “There is incredible work being done in Oklahoma. Think what we can do by taking what we know and saturating the state.”

Hand encouraged the missionaries to connect with Oklahoma churches to help them do mission projects.

In wrapping up the event, Jordan assured the group: “All of us at the BGCO are enriched by the time we have spent with you.

“I want to talk straight to you about coming home, which isn’t really your home. Your home is where you left. You have a new place which won’t feel like home for a long time.”

Jordan referenced the American culture, one fraught with drugs, alcohol, and homosexuality.

“These issues are real and pervasive today, and to be blind to them will be detrimental,” he cautioned. “This is not the nice, little Oklahoma that you left. Drugs are big time. Kids will be confronted with alcohol. I hate it. I have seen it destroy families.

“My purpose is not to depress you. In the 20 years I’ve led Oklahoma Baptists, I wish I could say we’ve made a bigger impact. We haven’t. Stay on your knees. Cry out to God for your kids and grandkids.

“I grew up in Skiatook. It was a Norman Rockwell setting. I could get on my bicycle and ride anywhere I wanted. Growing up in church was a big deal.

“Oklahoma Baptists, with rare exceptions, are Bible-believing, conservative Christians. They love the Word of God. If you go into the pastorate, just walk them through the Book. That’s what transforms their lives.

“Oklahoma Baptists love their denomination. We work together. We have not had fussing and fighting. We are united. Oklahoma Baptists still give incredibly generously to all mission offerings. They love Falls Creek, the children’s homes, retirement villages, OBU. But they are confused about 1,000 missionaries coming home.

“You need to be well aware of the issues you will face. Most of our churches are awesome—loving and caring.

“The greatest grief of my heart is that we have lost our evangelistic edge. There is nothing I struggle with more in my own soul. We are working to give people a heart for evangelism. We are putting evangelism on the front end of Sunday School.

“Our convention hopefully is stronger than when you left. You aren’t coming home to a country or a state that doesn’t love you.”

In addition to eating and meeting with BGCO officials, the former missionaries had the opportunity to fellowship with each other and enjoy table games as well as participate in outdoor activities available at Falls Creek, including fishing.

“We are thrilled we had the opportunity to represent Oklahoma Baptists by providing a weekend to encourage these families who are making the transition back to Oklahoma,” said Kelly King, BGCO women’s missions and ministries specialist, who coordinated the event. “Our desire is that they will see the mission field right here in Oklahoma.”